Best Of 2021: A Legendary Referee Hangs Up His Whistle In Las Vegas, Aged 79

"I was telling him yesterday about the interest that the tweet had got," says Darnell Parkinson.

"He said, 'God, you're making a bold decision there telling people that you're my grandson'."

Parkinson's grandfather is Hugh Duggan. In March, nearly 42 years after he was the man in the middle for the All-Ireland final between Dublin and Kerry, the then 79-year-old Armagh native took charge of his final Gaelic football match at an American colleges tournament in Las Vegas. After emigrating from Ireland, Duggan became one of the GAA's great missionaries, spreading the Gaelic football gospel across the States over the last four decades.

"You know what, probably only for Covid, he would still be refereeing. He's had a rough enough year," Parkinson told Balls.ie in March.

That difficult year included the death of his brother in England and his best friend in Armagh. Due to the pandemic, Duggan was unable to attend the funeral of either.

"Up until Covid hit, he was flying around the United States, giving different refereeing seminars and sessions," said Parkinson.

"He was flat out refereeing games himself.

"All that stopped but he was able to get out this weekend, get a few days in Vegas and then he's going back to San Francisco to see his sons.

"It was a shock to all of us over here [in Armagh]. He didn't actually tell any of us that it was his final game until he posted a picture.

"I'm not sure what led him to that decision. It was good to see him back out with a smile on his face. Refereeing is a massive part of his life that he wasn't able to do for the last year or so. We're all just really happy that he got to referee another match and go out on his own terms."

Class stuff from the grandfather, 79 years young reffing his last ever game of football in Las Vegas of all places today. From the 79 All Ireland Final to Las Vegas in 2021. Some pup. 🙌🏾🙌🏾🙌🏾 pic.twitter.com/FelTFN8nRn

Kerry won that 1979 final by 11 points, despite Duggan sending off Páidí Ó Sé in the second half. It was a moment which - after some minor grudge holding by Ó Sé - sparked a friendship between the referee and the eight-time All-Ireland winner.

"At the time, it was a pretty big call to make," said Parkinson.

"Afterwards, he said himself that he got a bit of flak. Himself and Páidí actually became really good friends. There was an All-Star trip to America a couple of years later, and Páidí stood up, made an announcement and said 'This man was right to send me off'. From that day, any time my granddad was home, he went down to Kerry to see Páidí.

"He'll also tell you about the Ulster final [between Donegal and Monaghan] that year. I think it's the first time the BBC were filming the Ulster final. He's been told to throw the ball in at a certain time. The Cardinal unexpectedly landed to the match. My granddad ended up having to usher the Cardinal off, and then as a result of the BBC giving him the throw-in time, he didn't let the band play the national anthem.

"He actually threw the ball in. Donegal went down the field, scored a point and then someone told him from the side of the pitch, 'You need to restart the game. The game can't be started without the national anthem being played'.

"After that, he was pretty surprised to the All-Ireland. He'd done a really good job in the [Ulster] final, apart from that." 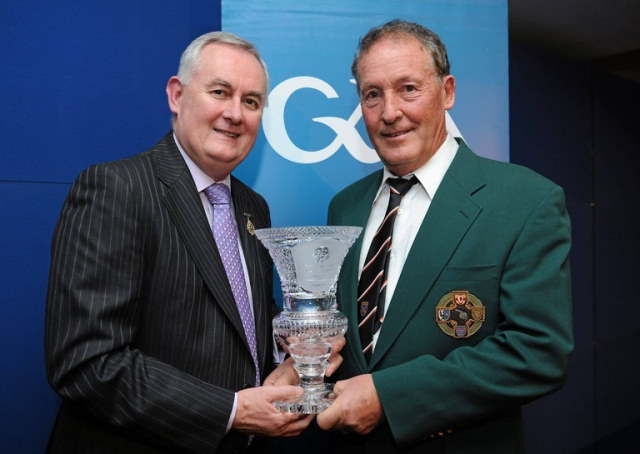 Duggan immigrated to the US two years later, starting a construction company in San Francisco. He was a founding member of the San Francisco Ulster club in the mid-80s before getting involved with Michael Cusacks.

"He retired down to Florida," said Parkinson.

"There's a bit of a shortage of referees in the US, and because he keeps himself in such good shape, someone suggested to him, 'Why don't you referee a game?' He got straight back into it. He loves it.

"He's 79, had a hernia operation not too long ago but he still plays golf two or three times a week, and insists on walking the golf course - he never takes the buggy. I think he still has wee sets of dumbbells at the house, trains every day. You’d see him in the swimming pool.

"He's probably the biggest Gael that I know. He's the biggest Armagh fan that I know as well. He goes out on the golf course head-to-toe in orange. His registration plate over there is 'Armagh4Sam' or something like that." 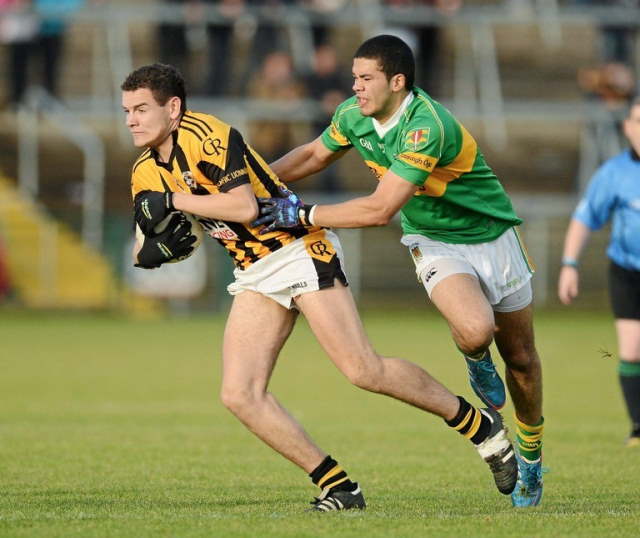 Despite the miles between them, Parkinson and his grandfather have always had a close relationship. Duggan's frequent trips back to Ireland helped, as did his grandson being so interested in football. Parkinson was part of a Pearse Óg team which went toe-to-toe with Crossmaglen for many years, and won an Armagh SFC title in 2009.

"He'd constantly be ringing me, asking about how football is going," said Parkinson.

"I now coach a club team in Tyrone. That didn't go down too well when I told him. He was like, 'What are you doing with yourself these days?' I was like, 'Yeah... I've actually been approached to coach The Moy in Tyrone'. He was like, 'Right! Right! Are you going to take it? Does this mean you're a Tyrone man now?'

"I pretty much live in between The Moy and Armagh city. It was a no-brainer [to take it]. Once he gets his head around these things, he'd be asking how The Moy is getting on, how the Cavanaghs are doing.

See Also: Kerryman Faced One Of AFL's Toughest Tasks And Came Out On Top 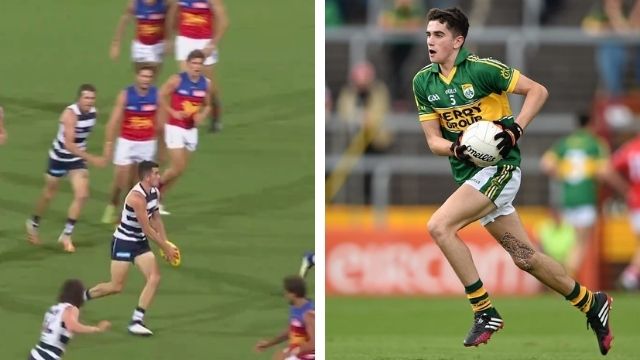