During any discussions around Peter Keane's future over the last couple of weeks, it was often said that there were few other viable options out there to replace him as Kerry manager.

However, one may now be available.

Jack O'Connor has had two stints as Kerry manager in the past, but he had seemingly committed his future to Kildare before whispers about a possible vacancy in The Kingdom would appear. Despite this, he did make it clear that it would be a difficult role to turn down when speaking on the Irish Examiner GAA Podcast earlier this week.

New would soon break that O'Connor would not be returning to Kildare, leaving plenty of speculation as to what his next move will be.

Peter Keane's initial three-year term as Kerry manager is up, meaning a decision as to whether he will be retained. O'Connor's sudden availability perhaps makes the question a more complicated one.

Speaking to Balls, GAA Embedded regular and former Kerry star Darran O'Sullivan said that plenty of rumours are currently swirling in his native county. He thinks Keane is still more likely to be in charge of the team next year, but believes a decision needs to be made soon.

I saw snippets of the Irish Examiner podcast and [Jack O'Connor] was speaking very highly of the job, he had only committed to the Kildare job the week before.

I'm not sure what Kerry need. I don't think Kerry are a million miles away, but at the same time they are no closer to winning it.

Peter Keane had a three-year term. I don't think they have done good enough after their first year, when you could argue that they actually overachieved. Then you could say the other two years were interrupted with covid.

My gut feeling is that he will get another year, but I'm not sure if that's out of default.

It is an interesting one, the rumour mill here is going 90. I will say that for the players, I think they need to know this by the end of September or start of October.

Be done with it, know who they are going out to impress for their clubs or districts in the club or county championships. They need to know what's happening, need to know come November or December when the club are finished and they are going back with Kerry who the manager is, what the team will be, and get in there and get started quickly.

The longer it drags on the worse it is for the players.

It will be interesting to see what direction Kerry go from here. Much of it will likely come down to how much blame they feel Keane should take for the team's failure to get close to an All-Ireland crown over the last two seasons. 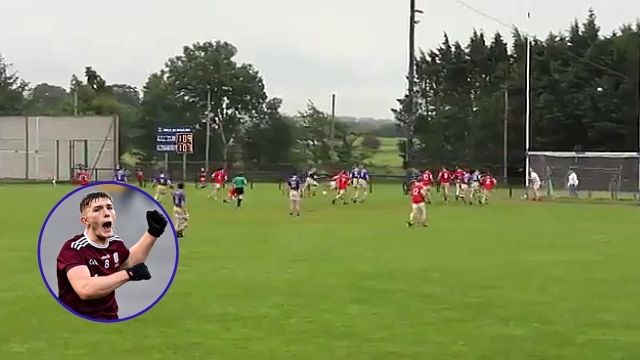 GAA
4 months ago
By PJ Browne
'I've Had A Weird Feeling For Mayo All Year. I Like The Look Of Them'
GAA
4 months ago
By Gary Connaughton
Darran O'Sullivan Believes There Is No Obvious Candidate To Replace Peter Keane
GAA
5 months ago
By PJ Browne
How The Elder Clifford Became Kerry's Missing Link
Popular on Balls
Rugby
2 days ago
By Colman Stanley
Keith Earls Shares Story That Captures Andy Farrell's Decency
Football
1 day ago
By PJ Browne
'If He Continues With Performances And Goals Like That, Stephen Kenny Will See It'
Football
2 days ago
By Eoin Harrington
Quiz: Name Every Player To Score In A Champions League Final
Football
19 hours ago
By Gary Connaughton
Portsmouth Likely To Retain Gavin Bazunu This Month Despite Championship Interest