'This Game Will Not Define The Kerry Lads, But It Could Define A Few Dubs'

Darran O'Sullivan has to take a moment to count out how many All-Ireland finals he played in. It comes in at eight senior and one minor once the sums are done.

Few are better placed to give an insight into what the weeks are like between an All-Ireland semi-final victory and the big day.

"The first half of the week after the semi-final is a few beers and recovery," says O'Sullivan, speaking at the launch of AIB’s new short film, The Toughest Temptation.

"You only have 10 days to do any actual training. It’s grand, you’re just buzzing like. You’re fine-tuning a few things; obviously, you are focusing on the team you are playing against.

"Then you have all the perks – you get your gear, your suit, your tickets – you hand the tickets off to the family and make sure they sort them out.

"But in terms of the training, it’s great. What else would you be doing only sitting around being depressed that someone else is in there?

"Obviously if you were only coming on [as a sub in other games], then you’re going hammer and tongs for those 10 days.

"As a starter, you can see these fellas going bonkers trying to get on the team so you’re trying to up it but at the same time you want to be aware, ‘Jesus I can’t pick up a knock here’ - you have to be smart as well.

"With management too, you’re trying to hold fellas back a small bit that you don’t kind of blow a head gasket before a final." 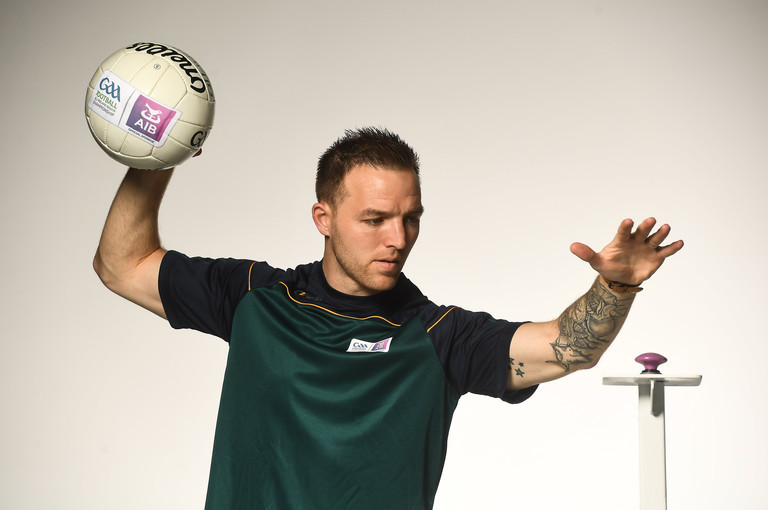 O'Sullivan retired just last year, ending a 13-year inter-county career which began with an appearance off the bench in Kerry's 2005 All-Ireland final defeat to Tyrone.

The close of his Kerry career coincided with the beginning for many others - he got a glimpse at the likes of Sean O'Shea and David Clifford.

"Their progress has probably been sped up by the fact that so many of the older lads have gone," he says.

They’re all mates, they’re all good boys off the field, they’ve all been through an awful lot of football together anyway.

"In my own career, I didn’t get nervous at all until I got older, because then I realised how big a deal and how important it was," continues O'Sullivan, who captained Kerry in their 2009 All-Ireland win against Cork.

"I remember coming in on my debut in the 2005 All-Ireland, and I had to bite the inside of my cheeks because I was skitting laughing. I was like, ‘Jesus Christ if he sees me laughing he won’t bring me on’.

"I just wanted to get out there and play, and that’s the way these boys will want to be. Whereas, as I got older, ‘Jesus, six years gone, seven years gone, I haven’t that many years left. This is my chance now, we’re on the cusp of something great, if we don’t do it this year, we have to start again from scratch’. All these things are going through your head."

Dublin's status as strong favourites for this weekend's game has led to suggestions that for Kerry's young players, they may get a free pass should they lose on Sunday. To a certain extent, O'Sullivan agrees - he feels all the pressure is on Jim Gavin's team.

"I wouldn’t go as far as saying ‘free pass’, but I have to be careful about saying it as all I get is, ‘Oh, yerra, yerra, yerra’. I think it's such bullshit really, you can’t actually say what you actually feel because people think you are saying it to wind them up.

"I genuinely think that Kerry are in a great position. I couldn't think about them being in a better position.

"Peter came in this year, four experienced lads retired, he obviously got rid of four or five lads, so there’s maybe double figures of players gone. There’s definitely a period of transition. People knew that this Kerry team coming would have heaps of potential and would get into All-Irelands in time.

"I genuinely think all the pressure is on Dublin, just because when you look at the great Kerry teams, Jacko’s team, Micko, Ogie, all they talk about is [losing to] Offaly [in 1982]. It’s gas like, they are still talking about it, ‘How they lost five-in-a-row’.

"The big thing is that this game will not define the Kerry lads, but it could define a few Dubs."

See Also: Winter Of Huge Change May Be On The Horizon For Dublin Football