In the wake of the announcement of the new Level 5 restrictions in Ireland for the next six weeks, the government confirmed that the GAA All-Ireland Championships are part of the elite sports that will be allowed to continue.

On RTÉ One's Claire Byrne Live, Minister for Health, Stephen Donnelly, explained that this decision around sport was backed by NPHET: "Intercounty, professional and elite sports will go ahead. That was a recommendation of NPHET and it's one we're staying with."

Later in the show, Claire Byrne was joined by Colm O'Rourke and David Brady to discuss the decision to continue with inter-county activity, with Brady outlining the importance of the GAA to so many people in Ireland, while also pleading for players to be protected at all costs.

"But we've got to be cognisant that the most important people here are the players. Because what they did yesterday was not [just] represent their counties, they represented the country. The GAA is the biggest sporting organisation in Ireland and with that we have communities and we have people that rely on some focus on sport.

"I think it's very important for the GAA to protect these players because it gives us a little bit of a lifeline. We haven't got a lot else for the next six weeks."

During the first lockdown, earlier this year, Brady spent a lot of time phoning GAA fans who were cocooning. On Monday night, they were to the forefront of his mind when discussing the GAA's importance:

"One man that I rang, that was going through cancer, he text me yesterday [Sunday] and he said it [intercounty games] was like getting a wonder drug. It's something small but that's all we have to grasp to."

Brady concluded "I'm glad, for one, to see it continuing but I would urge that the players are protected at all costs because they have to go back into the community." A 1,000 person survey carried out by the Claire Byrne Live show, however, returned a 67% 'No' response to the question "Should the All-Ireland Championship be played in 2020?" 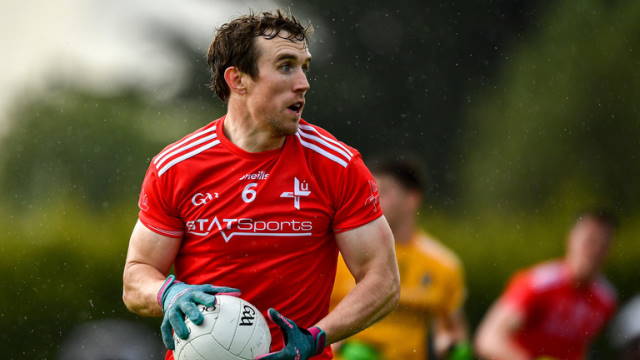 GAA
17 hours ago
By PJ Browne
Galway And Kilkenny Willing To Adapt For Camogie TV Coverage
GAA
22 hours ago
By PJ Browne
Kerry Players Knew Gig Was Up After 1987 San Francisco Training Session
GAA
1 day ago
By Donny Mahoney
Why Dublin's Golden Era Won't End Like Kerry's Did
Popular on Balls
Football
12 hours ago
By Eoin Harrington
'I Think It All Started With Roy Losing His Temper!' - Vieira, Keane And Neville On Highbury Tunnel Incident
Football
18 hours ago
By Michael McCarthy
Marko Arnautovic Gets One Game Ban - Is It A Cop Out?
Football
19 hours ago
By Donny Mahoney
VAR At The Euros Has Proven How Poor Premier League Refereeing Is
Athletics
21 hours ago
By Michael McCarthy
Don't You Just Hate When You Eat A Burrito And Test Positive For Steroids