David Brady Picks His Mayo Team Of The Last 30 Years

All summer here on Balls.ie, we're asking you to pick your 15 for 30. 15 for 30 is a weekly GAA series in which we ask the public to vote for their best XV from different counties from the last 30 years, alternating between football and hurling. This week, we're looking at the Mayo footballers. So far, you've selected your best Donegal, Waterford, Tipperary, Meath and Armagh teams.

With a new poll launching every Monday, the series also features a podcast with a personality from the county in question. This week we spoke to former Mayo midfielder, David Brady about his selection and his reasoning behind it. He was involved in the team that got to four All-Ireland finals between 1996 and 2006.

Mayo have had a great run between 1990 and 2019. They reached eight All-Ireland Finals (nine if you stretch the criteria to 1989) with ultimately three distinctive great teams. They won 13 Connacht titles, two National Leagues and were certainly one of the main contenders for an All-Ireland during the last decade.

The Mayo of the 2010s are possibly the greatest team never to win an All-Ireland, getting to four All-Irelands. They lost by a point on two occasions and one final went to a replay. So, despite a very consistent run for the Yew county, it hasn't been without its heartbreak.

Such is the rich tapestry of success that Mayo have had that some huge names will be missing from any team. In David's case, one in particular sticks out in four time All-Star Colm Boyle. The competition in the half-back line is fierce though, and Brady laid out his case for going with the three he did.

Brady, of course, is a live contender himself for a place in this team with a career than spanned two great Mayo generations, but resisted the urge to pick himself. His selection is stretched pretty evenly over the 30 year period. There's lots of places up for grabs and it's up to the voters to decide the best Mayo football team from the last three decades.

You can listen and subscribe to the podcast here, or listen below, and you can vote for the Mayo 15 for 30 below. The winning team will be revealed on Saturday. 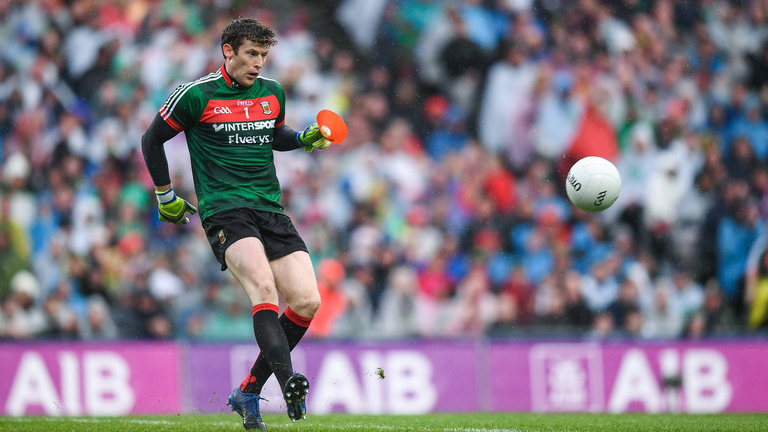 "His shot-stopping, he brings his own style to his kick-outs. He has been phenomenally consistent. He has shown all the attributes, when the battle was there between him and Rob Henley, that neither of them stopped improving. Both of them improved over the last six or seven years. As a club-mate of mine, I saw him when he was 15 or 16 and I knew that he was going to be phenomenally exceptional and one of the best keepers of many generations."

"When he was on his day, and in his prime, he was a phenomenal, phenomenal corner-back. I suppose some of my judgment is clouded by seeing his tenacity and tight-marking in training games over the years. Without a doubt Kenneth, and if you ask Kenneth he'd say 'rightly so'." 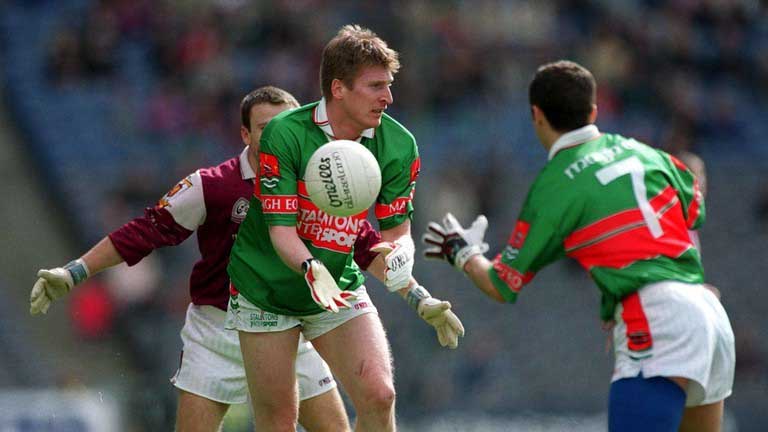 "The ultimate full-back, he would not play anywhere else. He was that good, he was that secure and his reading of the game was phenomenal. As the ball was going into the full-back line, you'd nearly be turning and thinking it's going to come back out again because Cahill was personified professionalism."

Young Footballer of the Year: 2006 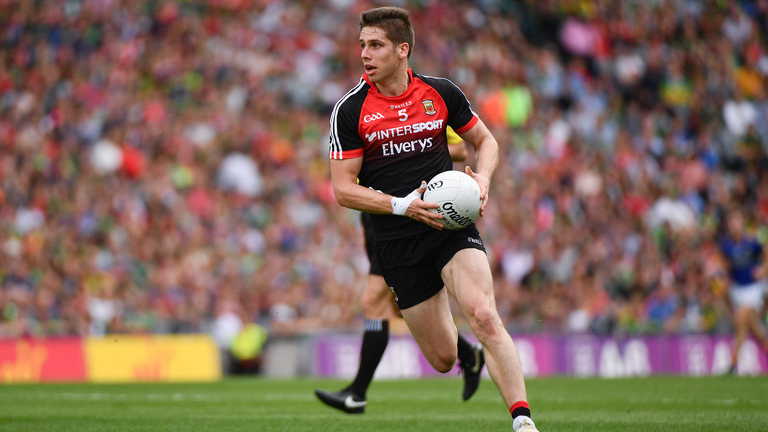 "Without a doubt, one of the most exceptional and consistent performers. On the big day, when the big challenge was put up to him, he consistently performed. It's gone down in the annals of football history, the competition between himself and Diarmuid Connolly." 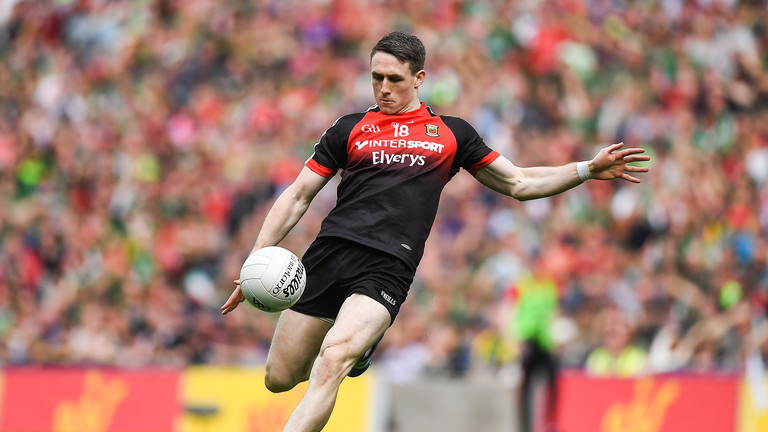 "I would see him as being an absolutely class footballer. A class apart. That has been a lot of the foundation to Mayo's progress and on the road to All-Irelands, the Paddy and Lee combination. Paddy came up against [the best half-forwards] in some way, shape or form, and gave them absolutely nothing. He was at one stage Mayo's top-scorer at half-back from play. He's exceptional." 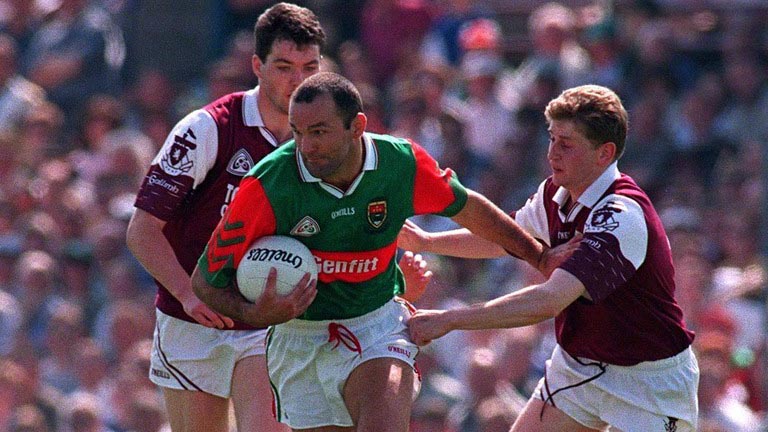 "I had the best understanding on a football field with any human being, with any individual, I had it with Liam McHale. We were telepathic. We trained, we travelled, we played, we socialised together solid for a good eight years, week in week out, day in day out. He was an exceptional player to play in midfield with. I had to do a bit of the tracking back but I gave him that because he was phenomenal in his own right."

"You couldn't but have Ciaran McDonald in at number 11. In a playmaker position, in his prime, he was top class." 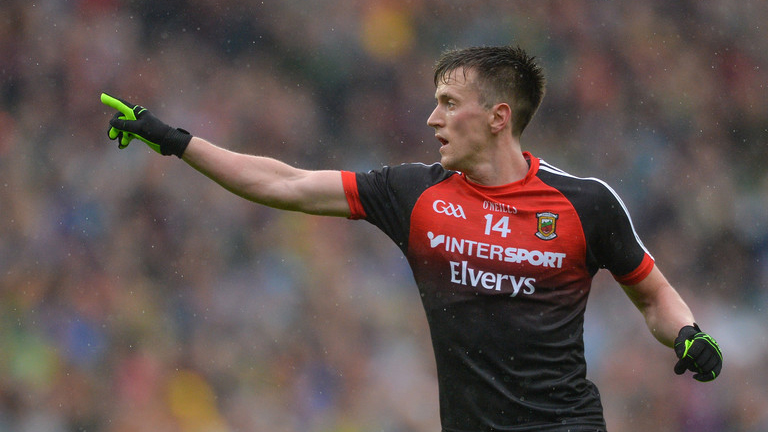 "He's the best player I've seen put on a Mayo jersey, in every way, shape or form. There were some opportunities from frees in the dying moments, but they are not going to blur my opinion that he is Mayo's finest. He still has the ability and the longevity to go on.

His scoring capability, his goal-scoring, his link play, the way he commands winning the ball. They are signs of a special player and I do rate him as number one."

"From a full-forward perspective, I've seen him absolutely obliterate teams. I have seen him command that box and command so much attention that it has given leverage to the players around him, including Cillian. From an overall context, you'd be hard not to put Aidan O'Shea in any Mayo team." 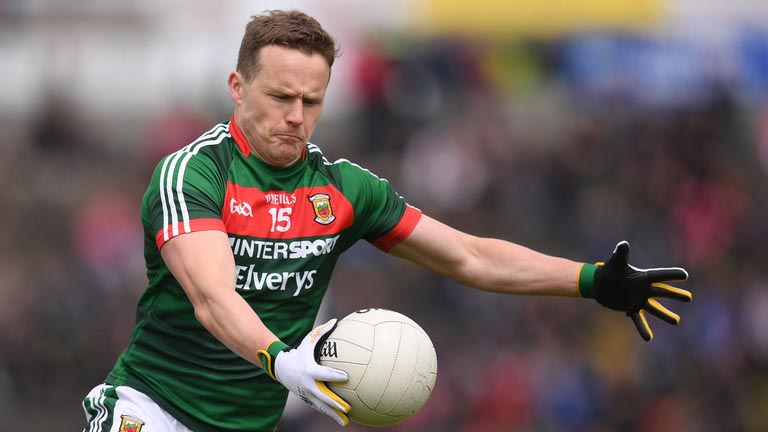 "You have one of our most loyal, capable servants who put so much into the game ... especially in the latter part of his career when he came back. Rightfully so and deservedly so got Player of the Year. He had a decade of unbelievable football."