We are absolutely delighted to have Gaelic football back in our lives with the return of the Allianz National Football Leagues.

We're even happier to have David Clifford back in our lives.

He put on an absolute scoring display at corner forward against Galway, reminding everyone that he is still a major force to be reckoned with.

After Kerry's shock loss to Cork in last year's Munster Championship, the 22-year old was absent from the business end of the 2020 season. However, he made up for lost time this afternoon.

Clifford would notch 1-3 inside the first 15 minutes, with his goal coming at the end of a brilliantly worked team move.

Is there a better sight in football than seeing a Kerry forward line in full flow? Great athleticism from David Clifford to finish the move off 👏pic.twitter.com/vRPJKcyFme

He was joined by brother Paudie in the full forward line, with the Fossa man notching a goal of his own a few moments later.

It was a very smart finish too, showing great running power to slice open the opposition fullback line.

The Clifford brothers are running riot in Tralee! This time it's Paudie with the goal, great finish 👏pic.twitter.com/NCfMVCVwgk

In truth Kerry could have had a few more goals before the end of the half, with Galway goalkeeper Brendan Power pulling off a couple of excellent saves to stop them stretching the lead even further. Paudie Clifford also missed another fantastic chance to add to his earlier goal.

In all, David would end the opening half with a personal tally of 1-4 as the home side carried a ten-point advantage into the interval.

It took him less than 90 seconds of the second period to bag his next goal.

This time he perfectly timed his run from deep to receive the ball in dangerous area, producing an excellent finish into the bottom corner.

Incredibly, he would complete a remarkable hat-trick a few moments later. This one was the best of the lot.

With the ball arriving to him on the ground, Clifford sold an incredible dummy to both the watching defender and goalkeeper, going on to roll to ball into the empty net.

Was that David Clifford or Lionel Messi? 🤣 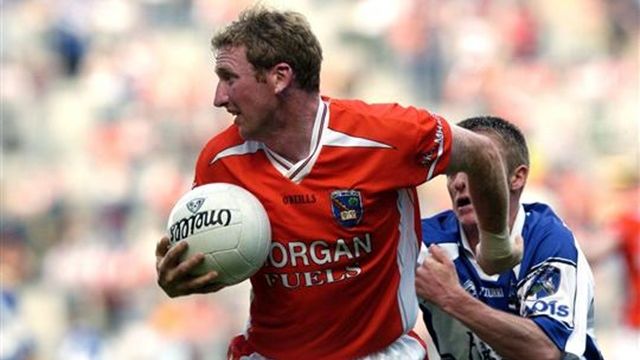