In the past week, David Shanahan got the news he'd been longing to hear. Georgia Tech had been in touch. They had offered him a full scholarship. An ambition four years in the making was realised.

The 19-year-old from Kerry won't be taking the road less travelled. More, it will be the one never travelled. It goes from Castleisland to Georgia where he will line up for the Yellow Jackets as a college football punter next year.

In American football, the punter is usually seen on fourth down when the attacking team kicks the ball away rather than risk conceding possession where the ball lies.

"I had a Zoom call with four of the Georgia Tech coaches last Tuesday and it went really well," Shanahan tells Balls.

"They explained to me what they expected from me and talked about the type of culture they’re trying to build around Georgia Tech football."

Shanahan, standing at 6' 2" and weighing in at 86kg, is a talented Gaelic footballer. He was part of the Kerry U17 panel which won the 2017 Munster title. That was the class which missed out on playing minor as the age grade was dropped from U18 to U17 the following year.

Deividas Uosis, who is heading to play Aussie rules with Brisbane Lions, was part of that squad, as was Shanahan's fellow Castleisland Desmonds man Luka Brosnan who played McGrath Cup with the Kingdom earlier this year.

"I used to get up early before school on Mondays and watch it, starting back when I was probably 10 or 11.

"The sport always appealed to me. A few of my friends used to watch it a bit also and we’d throw the American football around a bit every now and again but I never played any organised American football or anything like that.

"The whole atmosphere and passion around it and the sheer magnitude of it just enthralled me. I really just wanted to be a part of it but at the time I didn’t have a clue how I could. That’s where the dream really formed.

"After watching for a while I started to notice that a lot the punters and kickers were Australian. They were really the only international guys that were getting scholarships to play football at these big colleges.

"I suppose that was kind of my light bulb moment. I got the notion that I could be a punter."

Extremely excited to announce that I have been offered and accepted a full scholarship to play football and study at Georgia Tech in 2021. Huge thanks to @CoachCollins @Coach_Conner @PatrickSuddes @CoachPopovich @JohnnyPKA @ProkickAus #4the404 #meGaTron21 pic.twitter.com/1uaK1Rk9ih

For many, that light blub would have flickered and quickly burnt out. Not for Shanahan. He ordered a few footballs online and started punting in the field next to his house. "I didn’t really have a clue what I was doing at the start," he says.

I was just kicking the balls as hard as I could without any emphasis on technique. After a while, I started to research more about it and how the professional guys did it. I started to improve a lot once I started doing that.

I used to film myself kicking and then break it down to see how I compared to guys that were in the NFL. The key when kicking an American football is to get it to spin a certain way, it’s called a spiral.

If you get the ball to spiral properly it goes a lot higher and farther than it would if you just kick it like a Gaelic football. To get it to spiral you have to drop the balls really flat and try and kick the ‘sweet spot’ of the ball, which is around the middle of it.

While researching punting technique, Shanahan came across Prokick, an organisation which helps Australian athletes transition to be American football place kickers and punters.

"I realised these were the guys that were sending all the Australians to college football," Shanahan says.

"I decided that if I was really going to go for it and to try and get an American football scholarship the only way to do it would be to go through Prokick.

"Last June I put together a little clip of me kicking and sent it to them, and one of the coaches John Smith gave me a call the next day.

"Funnily enough he was actually in Manchester at the time and he told me he’d fly over for an assessment the following week. I kicked a few balls for him. After it, he told me if I moved to Melbourne and trained for 6-12 months I could probably get a scholarship.

"It was obviously a big decision to make, moving across the world on my own at 18, leaving home for the first time. But it was something I just really wanted to do and it just felt right. While my parents thought I was mad, they were extremely supportive and I definitely could not have done any of it without them.

"I moved to Melbourne at the end of last August and I absolutely loved it. I lived in a house with five other guys doing Prokick. We trained every day, in the gym and on the field so we were always really busy. It was an unbelievable experience. I really enjoyed every bit of it." 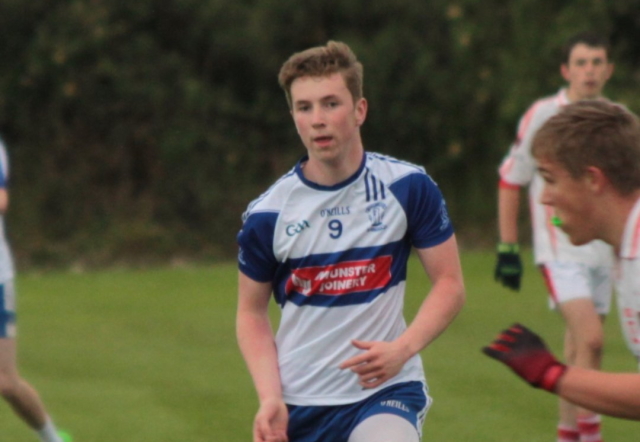 That decision began to look like it would pay off last month when the Prokick coaches told him they were hopeful of sending him to Georgia Tech.

"I was really excited at the prospect of that," says Shanahan.

"Georgia Tech plays in the ACC football conference. They play some really big games every year too against teams like Notre Dame, Clemson, and a few more huge colleges - some in front of over 100,000 people."

His time with Prokick undoubtedly opened the door to Georgia Tech but what got David Shanahan to the threshold was remarkable initiative, drive and a willingness to dream. That and what Chapman calls a "cannon of a leg".

"A few weeks later I was told I had been offered a full scholarship to play football there," he says.

"I was ecstatic, a moment I’ll never forget.

"They asked me if I could announce it on social media and of course I did. I was shocked by the reception it got. I suppose there isn’t much sports news these days so it was probably a matter of timing. It’s been crazy - Sports illustrated even wrote an article about me which was really cool.

"The reaction has been great in Castleisland. I've received so many congratulations and well wishes from so many people. It really means a lot to me.

"Because of Covid-19, I’m back home now, it’s been great. I’m hoping to get back to Australia to finish off my training before heading over to Georgia Tech in January."

From Offaly To Guarding Michael Jordan: The Story Of Ireland's Only NBA Player

GAA
5 years ago
By PJ Browne
Watch: Aidan O'Shea's Move To American Football Not Going As Smoothly As He Would Have Hoped
Previous Next

Football
1 year ago
By Gary Connaughton
9 Times Managers Famously Clashed With Members Of The Media
Football
4 years ago
By Paul O'Hara
A Fathers' Day Look Back At Five Great Sporting Fathers And Sons
GAA
5 years ago
By PJ Browne
Watch: Aidan O'Shea's Move To American Football Not Going As Smoothly As He Would Have Hoped
Popular on Balls
Rugby
2 days ago
By Colman Stanley
Keith Earls Shares Story That Captures Andy Farrell's Decency
Football
2 days ago
By PJ Browne
'If He Continues With Performances And Goals Like That, Stephen Kenny Will See It'
Football
2 days ago
By Eoin Harrington
Quiz: Name Every Player To Score In A Champions League Final
Football
1 day ago
By Gary Connaughton
Portsmouth Likely To Retain Gavin Bazunu This Month Despite Championship Interest