The news earlier this week that Henry Shefflin was to be appointed as Galway hurling manager was certainly shocking, with few having mentioned the Kilkenny man as a real candidate for the job in recent months.

In fact, it was rumoured that Davy Fitzgerald was close to to taking the role before the announcement of Shefflin's appointment broke.

It will be very interesting to see how one of the game's greatest ever players will fare in his first step up to inter-county management, but was there anything in the rumours that Fitzgerald was close to getting the job?

Speaking on The Late Late Show this evening, the Clare man revealed that he has discussions with Galway over the position and at one stage thought he would be taking charge of the team for 2022.

I got a phone call two weeks ago to have a chat. I had one or two meetings with Galway and that.

It just ended up that Henry [Shefflin] got the job. He's got a great bunch of players and best of luck to him...

There are so many things ahead of me that I'm looking forward to so I can't wait.

Fitzgerald is now set to take a step from the county scene for next year, a first for him since he started playing with Clare in the 1990s.

He said he is looking forward to what comes next after a remarkable run with three different counties both on the pitch and on the sideline.

When you look at everything, playing and management, it's been 31 or 32 years on the go. It's going to be a bit strange.

Between my time managing Waterford, Clare, and Wexford, I had an incredible time in Wexford that I really enjoyed.

I've loved every bit of it. The journey up and down to Wexford was incredibly tough, but the way I was treated down there was absolutely fantastic, unbelievable people. It was the same in Waterford and Clare.

I've had 14 unbelievable years in management.

We're sure it won't be too long before he's back in a job again. 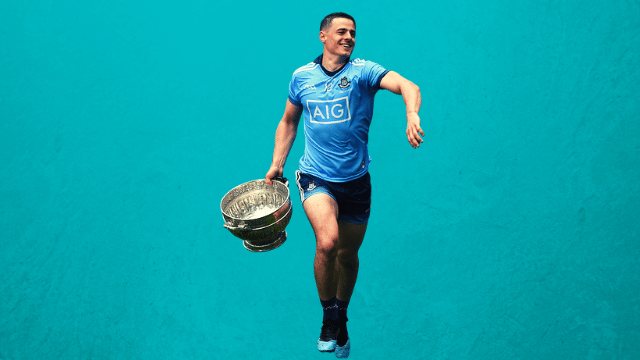