Davy Fitzgerald has opened up on his future amidst reports linking the Clare man with the Galway job.

The Tribesmen have not yet found a replacement after Michael Donoghue's surprise resignation earlier this year and yesterday betting was suspended on Davy Fitzgerald taking the role.

Fitzgerald had been involved with Wexford in recent years and did state following their All-Ireland semi-final loss that he needed time before deciding if he was to stay on. Speaking to Tommy Marren on Midwest Radio, Fitzgerald said he will make that decision in the coming days. 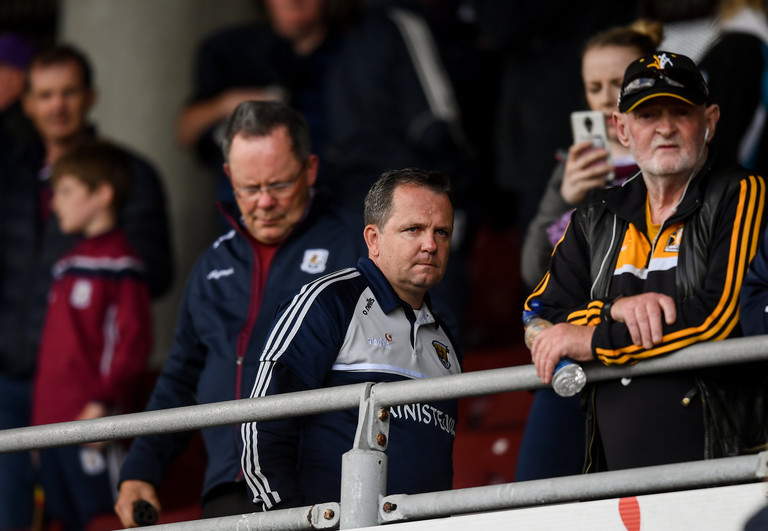 "I have to decide if I am staying in Wexford or not. That is the most important question I have to get in my own mind sorted. I will be doing that very soon."

He went on to add that the travel from his native Sixmilebridge to Wexford made things difficult.

Listen, my heart is torn unreal there for the last number of weeks. I think people appreciate it is a massive long drive down to Wexford for me. It is probably two and a half to three hours down and the same back. That is three or four nights a make. But listen, I am going to make it. I have a very special bunch of boys down there so that is what is taking me so long.

When asked about the shorter commute to Galway, Fitzgerald said he has had no communication with the Galway county board: "The one thing I will say is I have not talked to one person from Galway."

Other potential candidates for the role include Galway minor boss Brian Hanley and U20 manager, Jeffrey Lynskey.