'I Made A Decision To Get Fit, Lose Weight And Push On To Being An Outfield Player'

Declan Dalton was just eight when Fr O'Neill's won the All-Ireland Intermediate Club Hurling Championship title in 2006. He doesn't remember much about the game, apart from his father being a selector.

Fast forward 14 years and Fr O'Neill's are back in the same spot: All-Ireland finalists. This time, the kid who watched on all those years ago, is the club's star player.

"It's actually in our club song about the picture in Croke Park on the wall," Dalton tells about the 2006 win.

Two players from 2006, Eoin Conway and Podge Butler, are still on the Fr O'Neill's panel. Butler played 60 minutes in the semi-final against Tooreen while Conway featured for 45.

These are great times for the club. They've won intermediate titles in recent years and an under-21 title last year.

"We've a great underage structure. These are the goals, to get to these points in your career. It doesn't happen for some people but when it does, you've got to grab it.

"Winning is a mentality, I think. If you're winning, then you want to keep playing, you want to keep going. When you're losing, you're down in the sorrows - you don't want to be going out in bad weather on a Tuesday night when it's pissing rain. When you're winning, it's, 'Yeah, let's go training. Who cares?' If you keep that run going as long as possible, everyone buys into it."

Along with lining out for Fr O'Neill's, Dalton also plays for divisional side Imokilly. Under that banner, he's won the last three Cork SHC titles.

I actually had this conversation with someone a couple of weeks ago: I've six counties in three years, which is not even thought of [as a possibility].

For some people, they might only win one in their whole career. Six in three years, when I look back on it, maybe it hasn't sunk in what we've done. Maybe it'll sink in five years down the line. It'll be special looking back on it.

Dalton, now a star forward for club and divisional team, and a member of the Cork senior panel in recent years, began his hurling journey as a goalkeeper. He moved outfield for Fr O'Neill's at under-14 but played in goal for Imokilly until three years ago. The 22-year-old apprentice electrician made his senior Cork debut as goalkeeper in a Munster Hurling League game in 2017 but has played outfield for the county since. 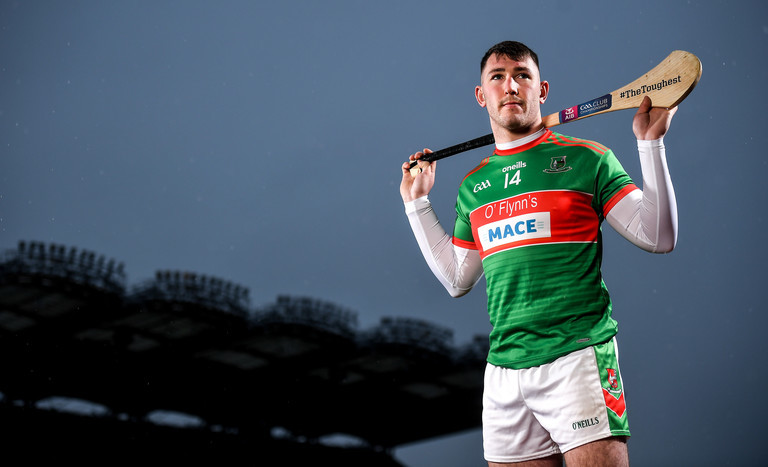 "I made a decision then just to get fit, lose weight and kind of push onto being an outfield player which I wanted to be the whole time, but I couldn't," says Dalton.

"I had to work very hard to lose weight, get stronger, get fitter. I'm trying to catch up on everyone else who has it in their legs. If I can keep building, keep pushing on, hopefully, my career will pan out well.

"I'm practising frees the whole time. I'd be practising puck outs when I was in goals. Striking, in general, is a massive part of the game.

"If I am taking frees, I try to finish on a good one. I'd always hit another good one just to get me in a good mood going home."

Dalton hopes he and Fr O'Neill's teammate Ger Millerick will be involved with the Cork hurlers this year. Though, neither has had a phone call from new manager Kieran Kingston while their club campaign continues to roll.

For the moment, there's one focus.

"You'd love to write a new verse in the song!" he says. "Hopefully, on Saturday, that dream comes true."