'He Said, 'I'm Pretty Sure That's Cancerous. We're Going To Operate On Monday''

Kildare great Dermot Earley is the subject of the latest episode of TG4's Laochra Gael series. The show airs this Thursday, February 11th at 9:30pm.

In January 2002, aged just 23, Earley was diagnosed with testicular cancer.

"I felt a lump where I shouldn't have a lump," says Earley in the show.

"I went to see an oncologist in Galway in late January on a Friday afternoon. After an ultrasound he said, 'Yeah, I'm pretty sure that's cancerous. We're going to operate on Monday'.

"Football just gets pushed to the side because it's not important any more. Your health is more important.

"I did require about five weeks of radiotherapy. Every day, I'd get half an hour of this radiotherapy on my stomach. You'd feel a bit of sickness but nothing major."

Earley's Kildare teammate Johnny Doyle regrets not keeping in closer touch with his friend at the time.

"If it was now or if it was later on in my career, I probably would have checked up on him more, called out to see him more," says Doyle.

"At that time, you were young, you maybe weren't the leader that you developed into within the team. You just let him get on with what he had to do. All of a sudden, he got the all clear and he was back with us. Thank God, he made a great recovery."

Just six months after the cancer diagnosis, Earley was back playing Championship football. In the Leinster semi-final replay against Offaly, he scored a goal.

"One thing I remember, that previous six month just came out of me in a split second for that celebration," says Earley.

"I never really celebrated anything - you never celebrate points or celebrate goals but I did, I threw my arms up and it was like, 'I'm back now'.

"It really taught me the importance of being resilient. Life throws a lot of things at you... taking it on the chin, saying 'What can I do to get over this? When I get over this I know I'm going to be a better footballer, a stronger person because of it'."

Earley went onto to be nominated for an All-Star that year.

Ian Maguire: 'The Goal Is To Win An All-Ireland, I Know People Will Probably Laugh At That' 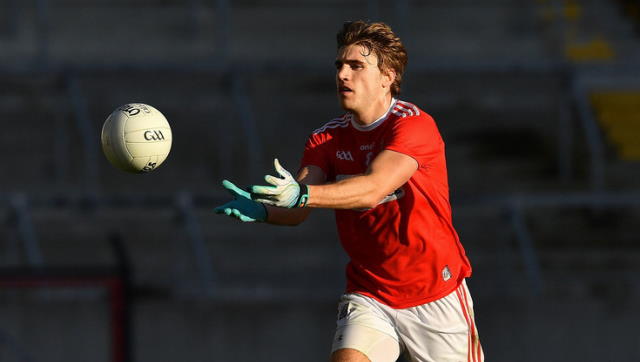 GAA
2 weeks ago
By PJ Browne
'I Thought The Best Way I Could Honour Him Was To Go Out And Play'
GAA
2 months ago
By Conor McKenna
The 19th Series Of Laochra Gael Is Coming And It's Possibly The Best Lineup Yet
Popular on Balls
Horse Racing
20 hours ago
By Balls Team
Gordon Elliott Apologises And Offers Explanation For Controversial Photo
Football
15 hours ago
By Gary Connaughton
Predicting Stephen Kenny's Ireland Squad For March World Cup Qualifiers
Rugby
18 hours ago
By PJ Browne
In Pictures: Craig Casey's Career From Stringer's Arms To Ireland Jersey
Football
17 hours ago
By Gary Connaughton
Virgin Media Set To Lose Irish Champions League Broadcasting Rights