The Twitter Reaction To Diarmuid Connolly Having His Suspension Overturned 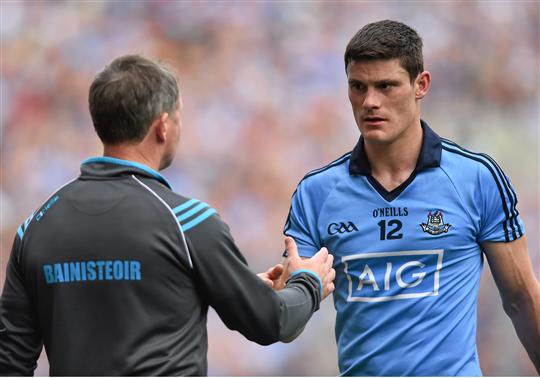 The most hotly anticipated game of the Football Championship got even more intriguing in the early hours of Saturday morning.

The one match suspension dished out to Diarmuid Connolly following his red card against Mayo last weekend was quashed by the Disputes Resolution Authority. It means the Dublin forward can line out against Mayo in this evening's replay at Croke Park.

The lateness of the decision, along with the fact that the DRA made it at all, has led to plenty of reaction online.

Regardless of the rights and wrongs, a disgrace that Diarmuid Connolly had to wait till 2.30 the night before a semi-final to know he's free

Extraordinary decision yet again by the disciplinary system. Setting a precedent ! Dublin win the battle ,up to Mayo now to win the war.....

So Connolly plays today. Some news to wake up to. Not sure what it says about the GAA's disciplinary system but it's huge for Dublin.

A system where a player learns his fate at 2am on the day of the game is surely flawed.

Dermo must have flown in Tom Bradys lawyer last night!!

August-Sept suspensions just don't stick for GAA. Think only Martin Penrose in 2013 has missed a match from last six.

Would be no surprise if Diarmuid Connolly is best player on pitch this evening.

Lee Keegan was cleared on a technicality to play Kerry in semi-final replay last year. Every county looks for loopholes.

It's a joke Connolly allowed to play today.I knew this was going to happen no point announcing it during the week. Dublin GAA =Big Business

Just sin bin players, no disincentive for violence by players as the game is nearly over. Joke of an organization. https://t.co/zLJ9Qaq9H5

Diarmuid Connolly's is the greatest jailbreak since they got that guy out of the 'Joy by helicopter in 1973. #GAA

What an absolute joke shop of an organisation #GAA https://t.co/XKyiWFO8Pt

Close to 3am, Connolly cleared. And Dublin were dealt a king of diamonds. Full House on and off pitch. Let the poker in Croker commence.

GAA RULE CHANGE: it is now ok to strike someone a box, but only if u are pulled to the ground first & u happen to be from a top 4 team! #GAA

The GAA appeals process is an absolute joke. This is actually disgraceful. What do you have to do to get banned for a big game?

GAA, like most things in this country, is dominated by self-interest. No one interested in doing the right thing.

It makes absolutely no sense to me how you can overturn that Connolly red card. No more than Kevin Keane's for striking Murphy. #jokeshop

What a joke, the GAA really need to have a look at themselves after over turning that decision. And they wonder why players get frustrated