Five months on from their ten-point All-Ireland semi-final defeat to Dublin and Mayo have moved on. The game hasn't been forgotten, they've taken from it what they can and put it to one side.

Their 2020 season begins this weekend with the visit of Galway to Castlebar in the FBD League. The team sees the return to the starting line-up, for the first time in 20 months, of Tom Parsons.

The midfielder made a brief appearance in that game against Dublin last August. It was 15 months on from the horrific knee injury which he suffered in the 2018 Connacht quarter-final against Galway.

"Ever since the injury happened, Tom has been working to get back," Diarmuid O'Connor said on Thursday at the launch of the 2020 Allianz Football League.

"He's unbelievable, doesn't leave any stone unturned. To be honest, a lot of people would have said he'd never play on a football pitch again for his club, never mind his county.

"The work that fella has put in behind-the-scenes has been unbelievable. He's been training well the last few weeks. It'll be great to see him back on the pitch this weekend.

"There's a lot of leaders in that dressing room and Tom is just one of them. He's a great leader on and off the pitch, just giving advice wherever he can." 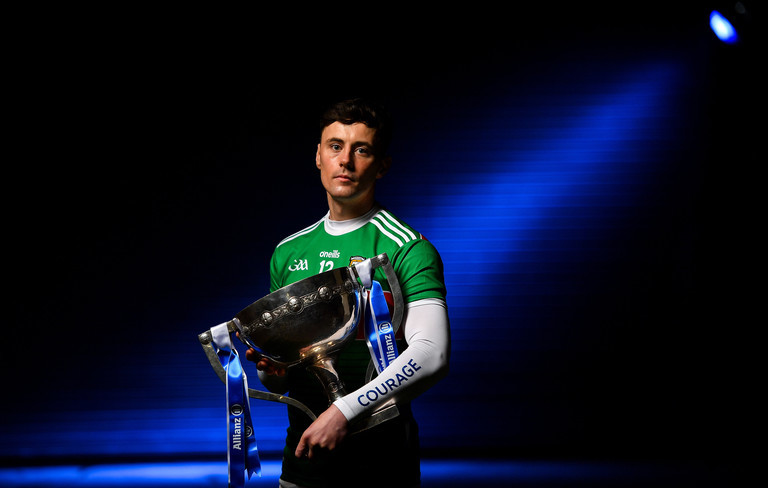 In attendance at the Allianz Football League 2020 launch in Dublin is Diarmuid O'Connor of Mayo. 2020 marks the 28th year of Allianz’ partnership with the GAA as sponsors of the Allianz Leagues. Photo by Brendan Moran/Sportsfile

A notable addition to James Horan's backroom team for the new season is Mayo legend Ciarán McDonald. The 44-year-old, one of the most stylish players of all-time, had spent time working with the county's underage teams.

"When I first started watching football in Mayo, Ciaran was at the height of his career," said O'Connor.

It’s great to have him involved now. He’s already done a lot of work in his own club with underage football. Great experience, great knowledge.

I’ve only joined in with the panel the last week or two so I haven’t worked with him that much. But I’ve already got little nuggets off him.

Just talking to the other players, you would hear of them getting advice off him. Anywhere he can offer advice he does and it’s great to have him around.

O'Connor, who was last year named Mayo captain, turns 25 on Friday and is entering his sixth year of senior inter-county football.

Last season was one interrupted by injury. In late June, he sustained a broken wrist in training and was out of action until the All-Ireland semi-final.

"It was frustrating," said O'Connor.

"A fractured eye-socket and a fractured wrist and then a couple of muscular injuries. Yeah, it was frustrating missing out and not getting a run of games. I was back fit at the end of the year but it was disappointing the way it finished.

"I always try to lead on the pitch whether I'm captain or not. Last year I wasn't able to do that as much as I would have liked."

O'Connor returned to training in recent weeks and has been named to start at corner-forward against Galway.

"Last year, the competition for places was the strongest since I’ve been involved," he said.

"I can’t see this year being any different, with a couple of more players being in. As I said, players will get their chance, they just need to be ready to take it when the time comes."

Jack McCaffrey: 'For Seven Years Of My Life, He Was The Most Important Person Outside Of My Family'