Galway confirmed over the weekend that Joe Canning will undergo surgery on an injured groin which was hurt during a collision with Waterford's Kevin Moran in the Allianz Hurling League semi-final. It is likely to keep Canning out of action for up to 16 weeks meaning he will miss the entire Leinster Championship.

On last night's League Sunday, Donal Óg Cusack called for the GAA to close an "anomaly" in the rule book which allowed Kevin Moran to make that legal shoulder on Canning as he raced through on goal.

"If you watch the incident closely, it's Jamie Barron who's in pursuit of Joe and if you watch both of their right feet, they get entangled," said the former Cork goalkeeper.

"Joe is actually off balance by the time Kevin Moran hit him. I know we all talk about shoulder to shoulder but the spirit of this is very important and paramount is the welfare of the player.

"We took a look at the rulebook and the interesting part of this is provision in the rulebook to protect the kicker when they are kicking football yet it isn't there for hurling. For me, that's an anomaly that needs to be addressed straight away. 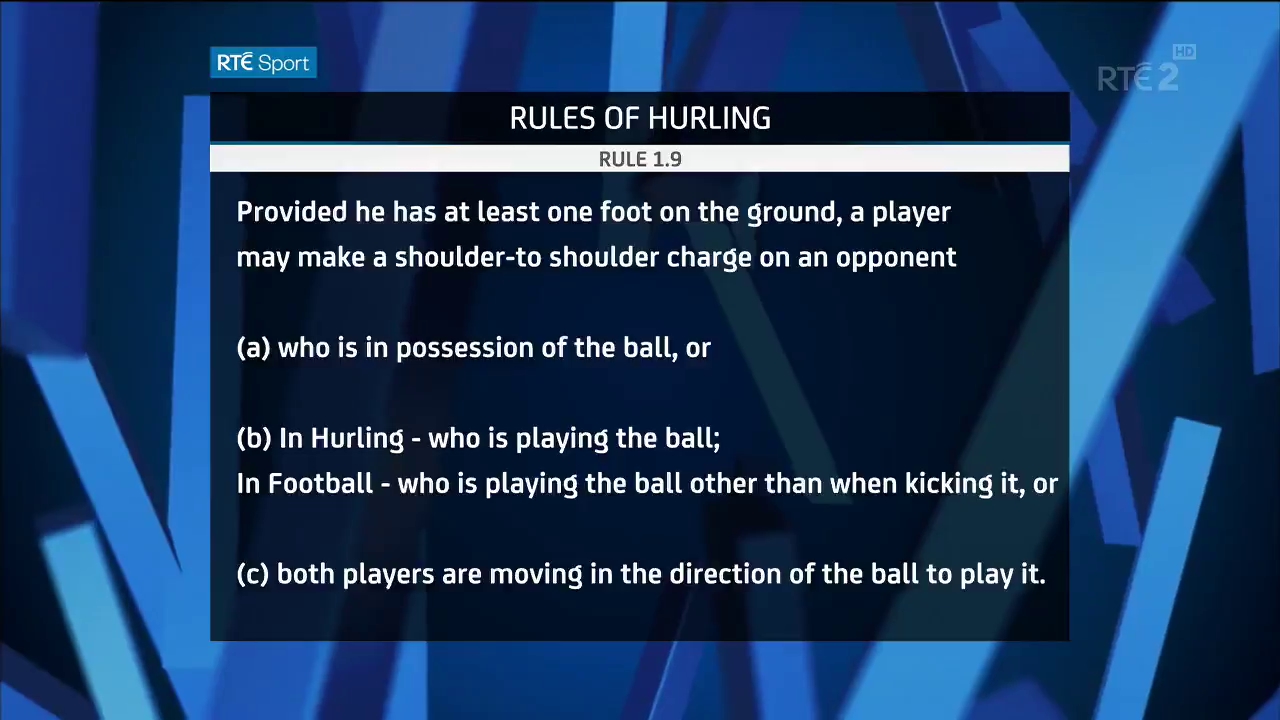 "I would appeal to the powers that be that they need to address that situation and bring the same that's there for the footballer to the hurler and also err on the side of protecting the hurler because no one wants to see any hurler injured in that way."

'It's an anomaly that needs to be addressed' - Donal Óg Cusack argues the incident which saw Joe Canning getting injured highlights an issue with the law pic.twitter.com/VQDQihB3NW