Mayo overcame Roscommon last night in the Allianz League Divison One opener at MacHale Park but it was an incident in the first half that took the gloss off a competitive game of football.

Roscommon's Donie Smith was involved in a controversial clash with Keith Higgins. Footage seemed to capture the inside forward making contact with the eyes of Higgins. In response to that, the Ballyhaunis man reacted and Smith then threw himself to the ground holding his face. 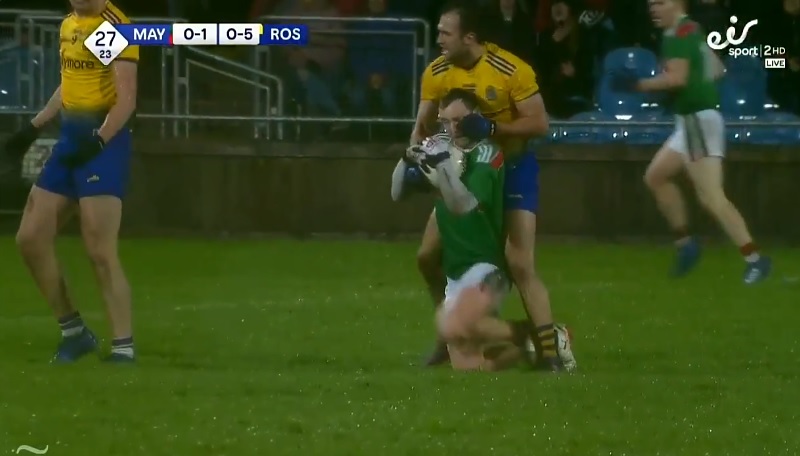 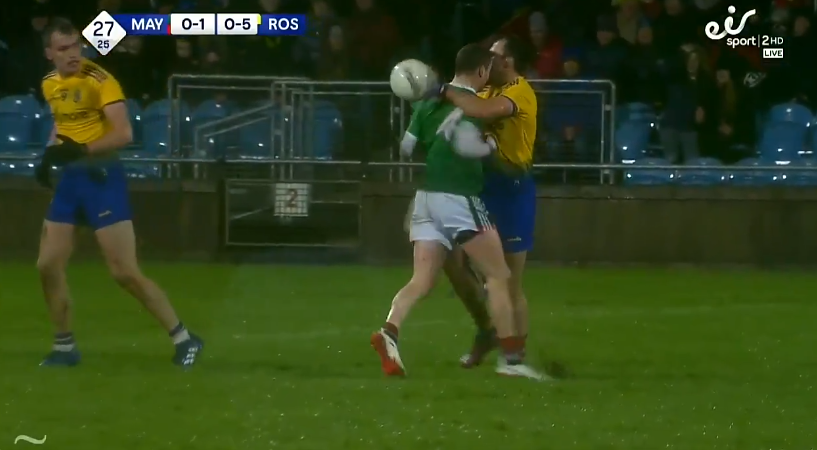 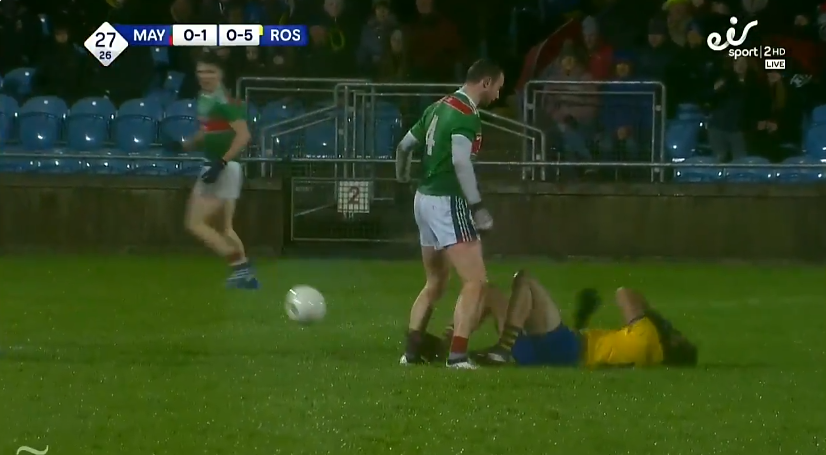 Speaking to RTE Sport, Roscommon boss Anthony Cunningham claimed he did not see it. "There was a lot of physicality out there because of the conditions. Did I see that incident? Absolutely not. We wouldn't promote or endorse that type of behaviour in any way."

The game ended in a 1-08 to 1-07 finish with a debut goal for Brian Reape proving crucial.

GOAL for Mayo! Brian Reape finds the net on his league debut pic.twitter.com/L7ruZrx5WK

However, it was the Smith affair that captured the public's attention.

Donie Smith might be in a whole lot of trouble after this game. That did not look good.

SEE ALSO: 'He Almost Walked Off The Pitch. He Was Like, 'How Can Ye Not Understand This?''