Down Senior Footballers Could Face Investigation For January Training Session

Down GAA are facing a GAA investigation after police were called to an outdoor training session held by the county's senior football team on Tuesday night.

The GAA had previously marked down mid January as the return date for inter-county teams, but with the worsening covid-19 situation on the island of Ireland, that has now been pushed back to the start of February at the earliest.

However, the Irish News are reporting that the PSNI were called to Abbey CBS in Newry on Tuesday evening after members of the public reported seeing a number of people using the pitches. Northern Ireland currently has regulations that limits outdoor group training for members of the public.

It was soon established that these were members of the Down senior football team, with a PSNI spokesperson saying that “no breaches of regulations had taken place as it was an elite team”.

Despite this, it would seem to be in breach of the current GAA rules. The penalty for such a breach is said to be a minimum eight-week ban for the team involved.

Down County Board chairman Jack Devaney insists that the panel had 'adhered to the directives from the GAA', with around 18 players gathering in two separate groups to receive training programmes from the management team. He told the Irish News:

Our panel hadn’t been together since the Ulster semi-final and don’t plan to be back in collective training until early February as it stands.

A number of panel, including potential new players, were brought together last night and the management went through their individual programme plans and what they expect of them for the coming weeks, because they won’t be back together for a while.

Someone obviously called the police in, but they were satisfied that there was no issue.

It remains to be seen what GAA's stance is on this matter, although their guidelines seemed clear that no group meetings of any kind on GAA grounds were permitted.

SEE ALSO: "Jim Threw The Book On The Table And Said 'Is There Anything You Want To Tell Me?'" 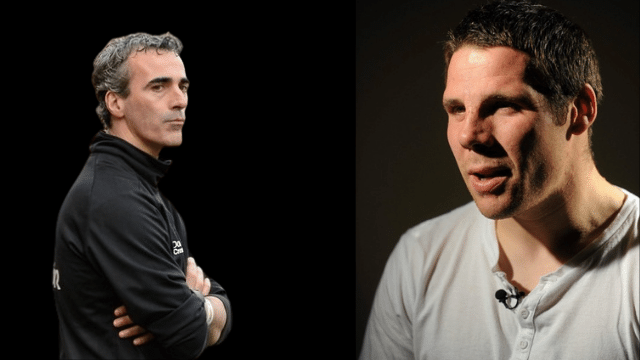