The Dublin team of the 1990s had to work hard for anything they won.

After a half decade of cruel losses and crueller penalty misses, they finally, and mercifully, scaled the summit in 1995. It wasn't the most swaggering of All-Ireland final performances.

They performed strongly in the first half and led Tyrone 1-8 to 0-6 at half-time but after playing much of the second half with fourteen men (albeit a couple of minutes less than they should have) they squeezed home on a score of 1-10 to 0-12. 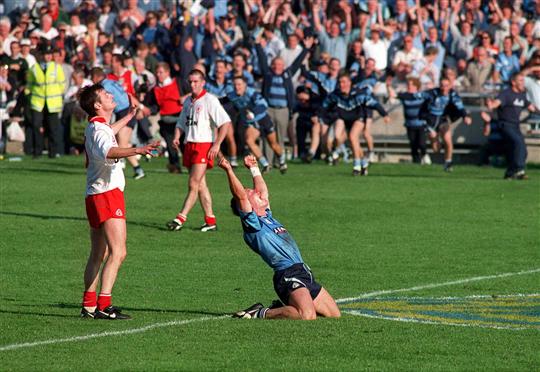 At the fourth time of asking, they had at last slayed a northern beast.

Dessie Farrell, who hit four points from play in a spectacular first half, admitted in his autobiography that had the game dragged on for even a few more minutes, they'd probably have lost it.

It was the Gaelic football equivalent of a golfer needing a bogey on the 72nd hole to win and fumbling his way to a 6 (par 5 naturally).

In the days afterwards, Tyrone flirted with the idea of lodging an appeal against the result over the Charlie Redmond business. The Sunday Game panel's cheerful indifference to legalism was in evidence the evening of the game, when Colm O'Rourke insisted that there was no cause to take the win off Dublin as Redmond hadn't scored a point during the infamous two minutes.

Having got the job done, Pat O'Neill departed.

He was replaced by former Dublin player, Mickey Whelan. It was an interesting appointment. He had won an All-Ireland with Dublin at centre-half forward in 1963. At the end of the 60s, he left for the US to study Physical Education for six years. He returned and became of the first qualified PE teachers in the Ireland. Just prior to taking the Dublin job, he had been involved with the Dundalk side that won the League of Ireland title in 1994-95. 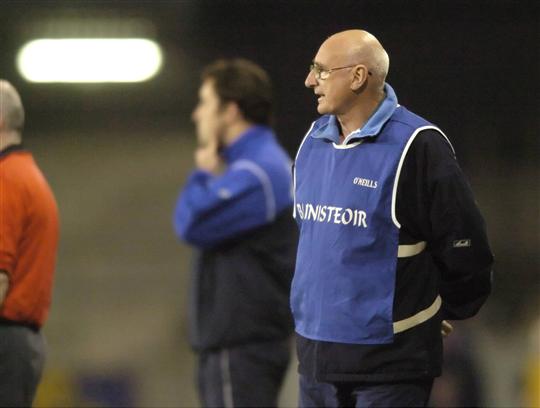 While his approach to inheriting a successful team doesn't tally with that of Brian Clough at Leeds in the early 70s, he did attempt to alter the formula significantly.

In an interview with the GAA website a year ago, he said he was trying to make the Dubs a better team. He also flatly asserted that the Dubs had been fortunate in '95.

When I took over Dublin in 1995, they had been used to a different type of training. And they had been lucky to win the All-Ireland that previous year. I was trying to make them a better team but they just didn't buy into my innovation.

Whelan's impressive sounding ideas about strength and conditioning are orthodox now. But back in 1996, an ageing Dublin team were stubbornly resistant to their manager's earnest prognostications.

It was unhappy couple of years and it ended badly.

Their All-Ireland title defence lacked any spark. They won a couple of desultory encounters against Westmeath and Louth. And their challenge came to an end when Meath beat them by two points on a wet day in a low scoring Leinster Final.

After four years of Dublin hegemony, Meath were back in the box-seat in Leinster. It was their first championship win over the Dubs since Kevin Foley and David Beggy et al.

The teams collided in the quarter final in 1997. It was the meeting of the two previous All-Ireland champions. A massive wind blowing into the Canal End distorted things. Meath tore away from the Dubs in the opening half and led 1-10 to 0-4. However, Dublin rallied and only trailed by a point with ten minutes left.

Meath roused themselves just in time and pushed the lead out to three points before Paul Bealin smacked a penalty off the crossbar with the final kick of the game.

John O'Leary retired after the 1997 defeat to Meath. He published a book called 'Goodbye to the Hill'. The vitriol expressed towards Whelan in its pages was extraordinary.

The rage that was burning inside me as I sat in the dressing-room was directed at one man -- Mickey Whelan. I looked up at him and for one fleeting moment I felt like standing up and boxing him in the face. I was so angry, so frustrated and so bloody upset that it seemed almost an acceptable response.

I'll say it straight -- I am totally convinced that Dublin would have retained the All-Ireland in 1996 if Pat O'Neill had still been in charge.

Things escalated from there. After a home League defeat to Leinster champions Offaly, a cluster of home supporters gathered at the entrance to the Parnell Park dressing room. They offered their own feedback to Mickey Whelan.

Amongst the throng of 'well wishers', one girl in her early teens broadcast the view that Whelan's stewardship should be a source of shame to him.

This vote of no confidence from a teenage girl was the last straw.

Mickey Whelan resigned as manager after the match. Eighteen years, an All-Ireland club title, an All-Ireland U21 title, and a vital role in Dublin's 2011 success behind him, Whelan's reputation in Dublin football is thoroughly recuperated.

In later years, while Dessie Farrell was engaging in a pre-match drill with Na Fianna, Mickey Whelan slipped by him and jokingly called out that 'yiz used to laugh at me when I did that'. Farrell wrote in his book 'ye know what, he had a point'.

He was replaced by Tommy Carr. Despite there being no obvious improvement in results, Carr received significantly better press throughout his reign and his removal was even accompanied by protests.

In 1998, Dublin lost a replay to Kildare by a point, their first loss to Kildare since the 1960s. In their defence, Kildare subsequently proved to be a formidable outfit. 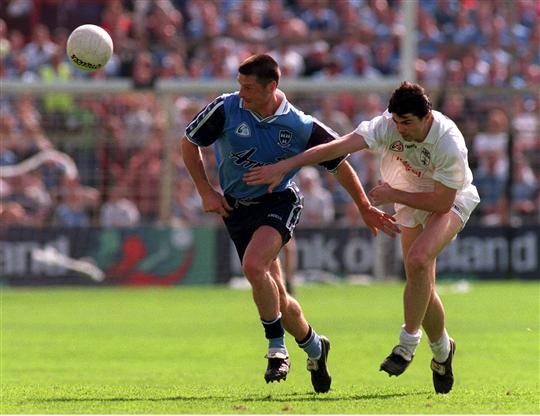 The following year they defeated Louth in their opening match, but were on the brink of elimination against Laois in the semi-final.

The Dubs won the replay but were soundly beaten by Meath in the Leinster Final, relying on Declan Darcy and Jim Gavin for almost all their scores.

This was the era when the GAA yearned for a strong Dublin. They fantasised about the glamour a long Dublin run would bequeath on the association. Splitting Dublin in half was not a radical proposition but a non-existent one. Gaelic football discussions proceeded without one passing reference to  Dublin's mammoth population advantage.

All-Ireland champions Meath were bounced out of the championship by Offaly in the first week of June. D'you remember those years? Cork in '91, Derry in '94, Meath in 2000 - before half the country had even realised the championship had started, the title holders were already knocked out.

Dublin had the handy side of the draw, destroyed Laois and disposed of Westmeath en route to the final. At half-time in the Leinster Final, everything looked rosy. Five points ahead with Pat Spillane content to virtually proclaim them champions, it all turned on its head in the second half.

2001 will forever be associated with Thurles, the last time Dublin faced elite opposition outside their own ground in the championship. Before that there was another grindingly familiar three point loss to Meath in the Leinster Final. Meath never annihilated the Dubs during the barren years, but merely held them at arms length. 3-5 points was enough to be winning by.

In Thurles, they almost stole a fortuitous victory against Kerry. But it would have been a flukey smash and grab. A truer reflection of the two teams' quality was evident the following week as John Crowley's goals settled the tie.

Shortly afterwards, the curiously popular Carr was relieved of his role. The chairman John Bailey cast the deciding vote in favour of his removal. Mild protests followed with a 'Bring Back Tom Carr' flag appearing down in Australia for the International Rules series.

Tommy Lyons, the man who guided Offaly to Leinster success in 1997, came in and guided the Dubs to their first provincial title in seven years. However, his difficult second album proved very difficult indeed, with his supposedly autocratic management style alienating players.

Despite delivering the province in 2002, his reign is now recalled with less fondness than Tom Carr's spell in charge, perhaps reflecting the current indifference to the provincial crown.