After a poor league campaign encouraged questions regarding the impact he had had on Dublin hurling, Pat Gilroy may not have relished Dublin vs Kilkenny as an opening weekend tie for the revamped Leinster Hurling Championship format.

As today's fixture moved into injury-time, however, Gilroy looked set to have overseen the county's second championship defeat of Kilkenny in 75 years; and perhaps their finest hour since the Leinster final success of 2013.

Yet, whatever worth these changes to the provincial structure allow, some things refuse to budge. In the closing minutes, the gears shifted, and Kilkenny, with an intensity that had seemed oddly lacking throughout, saw out an impressive 1-25 to 3-16 victory.

Wow, Dublin deserved something out of that game, they were outstanding throughout. Gotta give Kilkenny credit, never say die attitude right til the end

Some match but never write off Kilkenny! #DUBvKK

That was good for the soul. Jesus, I grew up hating them but the more time goes on, the more I love Kilkenny. I absolutely adore them. Magic. Unbelievable. Monstrous men. 🖤💛 #GAA

Paul Ryan missing those crucial frees came back to haunt the Dubs who were in a winning position but you have to give credit to Kilkenny for keeping themselves in the game and finishing strongly, Dubs going to find it hard to lift it ahead of trip to Wexford Pk. next weekend #GAA

Dublin gonna feel that sting. Kilkenny will be all the better for it. #GAA

Great game of hurling u never have Kilkenny beaten #DUBvKK

Said it before, you don’t have Kilkenny beaten until your back in the dressing room. Super game Dublin in savage hard luck #SundayGame

After his first taste of management in championship hurling, Gilroy has already experienced that most fateful, sickening realisation that Kilkenny, despite trailing for the near-entirety of the game, simply do not stop.

For the last 14 minutes of the tie, Dublin made an effort at closing off a well-earned lead. Sacrificing some of their attacking impetus, the double-figure count of wides they hit will scarcely help them get over this one.

Looking incapable of matching Dublin's fitness and physicality for large portions of the game, Kilkenny appeared to be keeping it in store for these final moments.

The Ali vs Foreman, 'Rumble in the Jungle', rope-a-dope analogy is beyond all usage at this stage, and yet, it is exactly what Kilkenny manufactured; Liam Blanchfield getting the all important goal that put Cody's men ahead.

Liam Blanchfield with a goal for Kilkenny! pic.twitter.com/YF0sXLNLHF 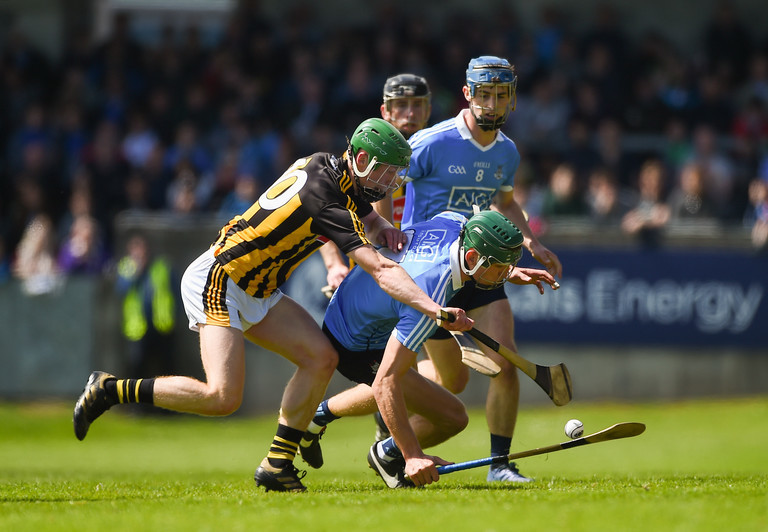 Perhaps what is more important to take from this afternoon's predicted result is the overall manner of Dublin's performance.

Although in recent years the qualifiers would have now beckoned, the side that Pat Gilroy is in the process of building here is quite quickly taking shape.

For a few sweet minutes at least, they had convinced plenty. A long summer awaits.

Kilkenny are struggling to match the work rate of Dublin. Gilroy has certainly lifted Dublin.

UP THE FECKIN DUBS!!!! What a savage start to the Hurling Champo already - great game!!!! Keep it up Dublin and see this out!!!!! #DUBvKK #UpTheDubs #COYBIB 👕👕👕

You can watch full highlights of Dublin vs Kilkenny below: