Stacks Captain May Be The 'Old School Defender' Kerry Need

The last time Austin Stacks were in a Munster final, Dylan Casey was a supporter, taking part in the parades before games against Ballincollig in Tralee, and The Nire at the old Páirc Uí Chaoimh. The Kerry club won the latter game to set up an All-Ireland semi-final against Slaughtneil.

"The clearest memories of being a Stacks supporter are 2014," Casey tells Balls.

"It wasn't only a journey for the players, but for the fans.

"I would have been involved in all the parades with the supporters. At that time, I was looking at my heroes playing for the club in an All-Ireland semi-final."

Seven years on, 21-year-old Casey is no longer a supporter - he's a rock in the foundation of the Stacks defence, and club captain. He led the Tralee side to their 13th Kerry county championship in December.

It was during a Zoom call last year that Stacks manager Wayne Quillinan told Casey that he wanted to make him captain.

"We have a good bond," Casey says about his relationship with Quillinan.

"We are on the same wavelength. Success doesn’t come without working hard and I relish the challenge that Wayne has put forward for me and the team. Wayne probably saw in me that I was willing to agree with his game style that the foundation is working hard.

"Wayne and the management were very good with me at the beginning. They said, 'Not much is going to change. It's going to be the exact same role you had in the squad the last two or three years'.

"What would have been different was media work in the county championship final build-up. Even something as simple as going up for the coin toss. Addressing issues in the dressing room, if I have to speak to someone. I am always there for them." 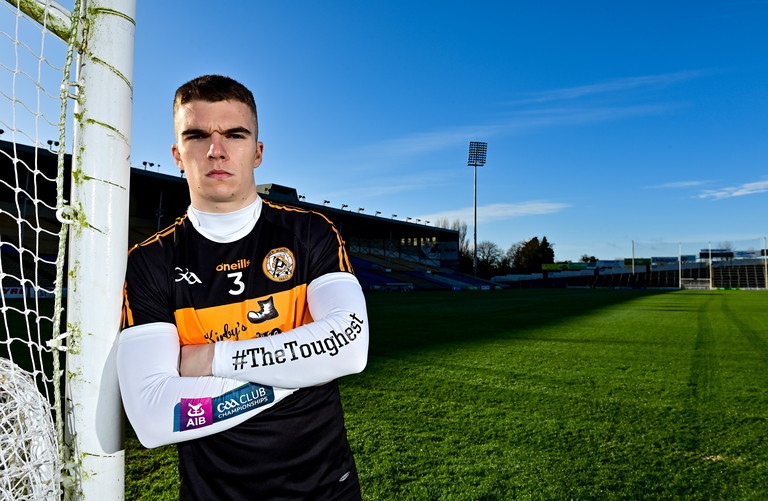 Casey has been called up to the Kerry panel for the new inter-county season, and there is the possibility that with Stacks being county champions, they could nominate him to be Kingdom captain for 2022. Casey has parked all that until the club campaign is concluded.

Following their victory over local rivals Kerins O'Rahillys in last month's county final, Wayne Quillinan described Casey as an "old school defender", someone whose first priority was stopping the opposition. That is the type of addition Kerry's defence has required in recent years.

"It’s in my DNA that I try and upset a forward as much as I can," says Casey, who locked down David Clifford in the first round of the Kerry championship.

"I benchmark myself off the best forwards and see if I can keep them scoreless, or to minimum scores. I take pride in defending. That is something that has been drilled into me over the years, that defending comes first. Anything else is a plus.

"James Costelloe, Kerry minor manager at the moment, I had him all the ways up in development squads. He would have been the first fella to see me in that position. It was more in my own head that it was enjoyable to shut down quality forwards.

"When we came out of lockdown, I was playing around the half-back line. I’ve always been an inside defender and I was probably attacking too much from the half-back line, so I was given the role of man-marking inside forwards. I’ve been relishing the role ever since."

The fullback has also benefited from the experience of teammate Kieran Donaghy. "He's always given me notes," says Casey, "things that he would have found difficult being marked by the top defenders in the country, little snippets of what made them good, and what I could improve in my own game."

This weekend, Stacks face St Finbarrs in the Munster final at Páirc Uí Chaoimh. The game is a little over two years on from Stacks' 18-point trouncing by Nemo Rangers in the provincial semi-final. They represented Kerry that year as divisional side East Kerry had won the county championship. Stacks are now back as county champions, and want to make amends.

"It is something that has been lingering over us, the same group of players, same management since that Nemo game," says Casey.

"We wanted to put that right, in the right fashion, make sure we were there on merit and won the county championship here in Kerry before we ever made the next phase. That was mentioned [before the semi-final] against Newcastle West. I was saying it prior to the game that it is important to take the emotions into the game we felt at the same stage [two years ago], the upset in the dressing room afterward."

This weekend will also see Derrygonnelly Harps of Fermanagh battle it out against Kilcoo of Down in the AIB Ulster GAA Football Senior Club Championship Final on Sunday, January 16th at 3:45pm at Athletic Grounds in Armagh. Both games will be broadcast live by TG4, with live coverage for the Munster final starting at 1:30pm, while the Ulster final coverage will get underway from 3:30pm. This year's AIB Club Championships celebrate #TheToughest players in Gaelic Games - those who keep going and persevere no matter what. 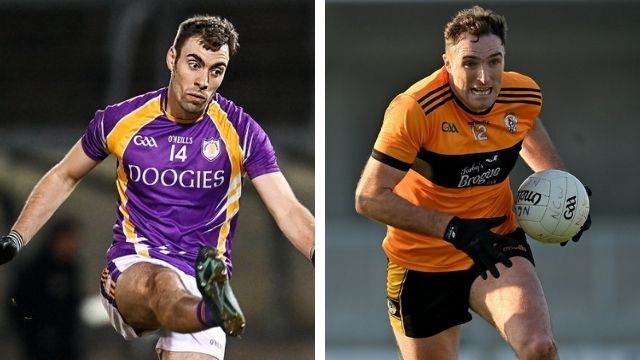