'Bad Coaching. I Think That Is A Big Problem In The GAA'

Former Donegal footballer Eamon McGee believes it is time for the GAA to do more for coaching education, suggesting a badge system could be the way forward.

Speaking on the latest episode of Balls.ie's GAA Embedded podcast, McGee said it is an area that would benefit Gaelic football in a number of different ways.

Bad coaching. We talked earlier in the conversation about problems in the GAA, I think that is a big problem too. We have a lot of coaches on the circuit, taking the cheque at the end of the week and they don't have a scooby doo what they are doing.

I think that is demoralising a lot of players. It is even in the county game. It is something we need to look at. There is a wild appetite for coach education in the GAA. Maybe we could look at a badge system like soccer, if you want to coach at a certain level, you need to have your badges done and understand concepts.

He went on to highlight the difference between physically preparing a team and coaching them.

"A lot of people coaching teams do not understand the concepts. They do not understand what the game is about in terms of the offensive, defensive and they don't know to break down different parts of the game.

"They can run a drill no bother, run a drill from point A to point B. But in terms of coaching the game, how to play different transitions, they just really struggle."

The 2012 All-Ireland winner explained that particularly as it becomes more of an industry, the need for further qualifications is increasing.

"I remember we approached a coach with the club in 2017, he threw out a ridiculous figure for the night. Thankfully we didn't get him because it turned out he wasn't too good.

"We said, 'how can you expect the club to pay that?' He said, 'well I have a mortgage to pay.' He saw working with a club as a vehicle to pay his mortgage.

"Most coaches know football, it is how you communicate that to a team. Do you understand coaching methodology? That is key to the whole thing."

You can listen to the full podcast on Spotify, Apple or watch it on Youtube. 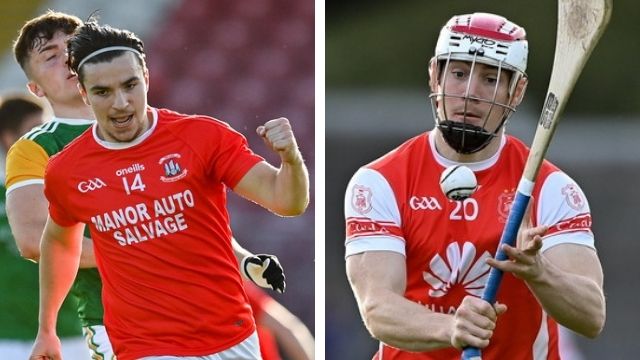 GAA
3 months ago
By Eoin Harrington
Eamon McGee Pinpoints Mayo's Mental Resilience The Key To Their Success
GAA
3 months ago
By Eoin Harrington
"I'm Gonna Show These Rugby Boys!" - Eamon McGee On The Week From Hell With RTÉ
GAA
11 months ago
By Donny Mahoney
"Jim Threw The Book On The Table And Said 'Is There Anything You Want To Tell Me?'"
Popular on Balls
Football
7 hours ago
By Gary Connaughton
Sebastien Haller Breaks Remarkable Champions League Record Against Sporting
Football
1 day ago
By Jonathan Byrne
Ian Wright Heard Of Mother's Death During FA Cup Punditry Duties
Football
1 day ago
By Jonathan Byrne
How Leeds United Became Barcelona's Champions League Nightmare
GAA
19 hours ago
By PJ Browne
Thought Of Absent Brother Heightened Emotion In Graeme Mulcahy