From Low Ebb To Senior Final: Meath Are On A Special Journey

With under five minutes to play in the All-Ireland semi-final between Cork and Meath, friends of Eamonn Murray and family members of players had already made their way to the Croke Park concourse to stretch their legs and have cup of tea.

Moments earlier, Eimear Scally had palmed the ball to the Meath net; they were seven points down, and a season which has seen them outperform expectations was petering out. At that stage, Murray had given up hope, and was wondering with his selectors about how many All-Stars the team would get.

Then, in a furious final 142 seconds, Niamh Gallogly got a point back; Emma White won a penalty which Stacey Grimes scored; Vikki Wall and Emma Duggan nicked the ball from the Cork the defence, and Maire O’Shaughnessy fisted the ball back to Duggan who scored an equalising goal.

The men's All-Ireland U20 final had been played prior to the women's semi-final. Few from Offaly and Roscommon had stuck around for the second game. The sparse crowd made getting a message onto the pitch to push up on the Cork kick-out far easier.

In extra-time, Meath were the better side. They outscored Cork four points to two - with Duggan hitting three - to reach the county's first ever women's senior final.

This weekend's final, in which they play a Dublin side looking to win their fifth consecutive title, will be another stop on a remarkable journey for Meath ladies football. Six years ago, they lost to Cork by 40 points in an All-Ireland qualifiers. 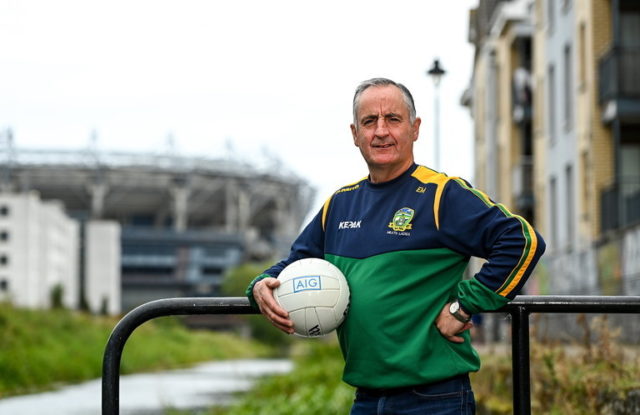 Meath manager Eamonn Murray during an AIG-LGFA media event with Croke Park in the background. He is looking forward to welcoming 40,000 fans into Croke Park for Sunday's All-Ireland final. Photo by Ramsey Cardy/Sportsfile

“That was a sad, sad day for me at the time as well," says Meath manager Murray, speaking at an AIG-LFGA media day.

"I am involved, I think, with Meath ladies for 17 years and that was a tough day, but it wasn’t the players’ fault that played that day.

"Nobody wanted to play for Meath at that time. It was very simple. A lot of the girls playing now were playing that day, and they were only 16 or 17 years of age.

"That was a tough time, a rough place to be."

'Meath football was in a bad place'

Murray took over as senior manager in 2017. By his own admission, he didn't want the job.

"I always loved the underage set-up in Meath, and I loved producing good players for the seniors," he says.

"When I was asked to do it I said, ‘No, I don’t want it.’ And the chairman, Fearghal Harney, rang me about five times and I said, ‘Lookit, if I’m allowed to pick my own selectors and all that [I'll do it].’ Meath football was in a bad place, and I wanted people with a smile on their face, to lift them.

"And it wasn’t easy getting those players back in. A lot of players didn’t want to ever play again for Meath. So, it took a lot of phone calls and coaxing.

“You’ve no idea what I had [to do]. I had to beg players to play for Meath. I’d have promised them everything under the sun. I asked them, a lot of them, ‘Give me two weeks starting off and we’ll see what happens.’ But a lot of them had no intentions of ever playing senior football again. It wasn’t easy now, it was a tough job. 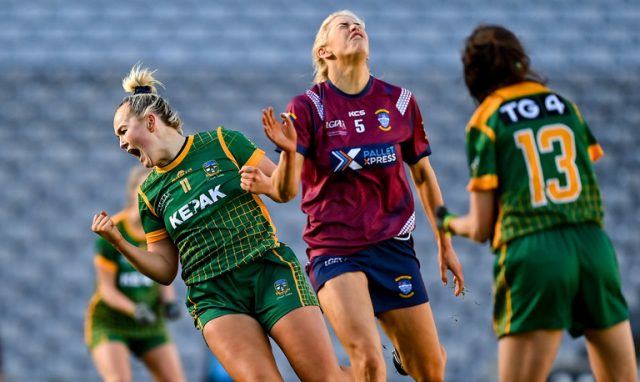 In 2017, they bowed out in the semi-finals of the Intermediate Championship after a loss to Tipperary. Two defeats in the final - to Tyrone in 2018 and Tipp in 2019 - followed before they eventually got over the intermediate line last December with a six-point victory over Westmeath.

The hopes for this year were straightforward: Retain Division 2 status in the league and senior status in the championship. Those were exceeded. Along with reaching the senior final, they will play in Divison 1 of the league next year.

Murray believes that getting the right people involved in his backroom team has been key to Meath's rise. One of those appointments has been strength and conditioning coach Eugene Ivers.

"They actually came back to us in April in a lot better shape than we had left them at Christmas, so we knew that something special happened then," says Murray.

"We were stunned by their strength when they came back, they were way better than they were when winning the [intermediate] All-Ireland. So, we said we’d try to win a few games, but we never really talked about All-Irelands, far from it.

"We played Cavan in Breffni Park [in the league]. They had given us a good hiding maybe the year before; that was a hard place to go to win, and we won actually by five or six points, and I felt that day 'there’s something special here'. That’s the day it all started, really playing well as a team."

Pure drama as a goal from Meath's Emma Duggan sends her side to extra-time against Cork ?pic.twitter.com/DM3fXQv8t9

Meath lost to Cork by two points in their first group stage game of the championship, but then beat Tipperary to set up a quarter-final against Armagh. Reports of the seven-point win against Armagh described it as a shock, but it was far from that for the players.

“We were probably very lucky to have players like Orla Lally and Emma Duggan and Mary Kate (Lynch) and Sarah Wall," says Murray.

"They don’t come around too often. I didn’t see myself with them at senior, but I was hoping someone decent would take them over and bring them forward, because those girls now are pushing the team forward.

“But I could never really see it happening this far on. I’d be mad to say if I did. I never dreamt in my wildest dreams we’d be playing in an All-Ireland final [this year]. I thought we would at some stage, but I wouldn’t be involved at the time, I thought.

"I presume [Dublin] will be the hottest favourites of all time. We’ll not get nervous - we don’t really do nerves, we just go out there and enjoy it. And we’ll not get too upset if we lose.

"We’ll give everything we have. We ask the players, if they give it all they have, we’ll be there or thereabouts.

"We have done a lot for ladies football [this year], I think, not just in Meath. I am getting phone calls from Limerick and from all over the country saying how enjoyable it is this year, how different.

"I think it shows now that any team, with the right effort and the right management team, can go places."

See Also: 'She’s One Of The Most Competitive People I’ve Ever Met In Sport' 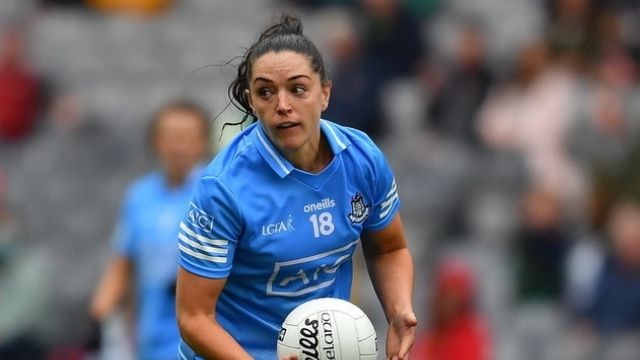 GAA
11 hours ago
By Jonathan Browne
Oisín McConville Had Two 'Automatic' Full Forwards In His Greatest Team Of The All-Star Era
GAA
1 day ago
By PJ Browne
15 For 50 - The All-Star Football Team Of The Last 50 Years, As Chosen By The Experts
GAA
2 days ago
By PJ Browne
'When You Look Back, It Highlights How Mad The Whole Situation Was'
Previous Next