To this day, according to Seán Óg Ó hAilpín, members of the Na Piarsaigh club in Cork city speak of Éamonn Ryan "like he was the messiah".

Ryan, who was a coach with the club when they won their first Cork senior hurling title in 1990, died earlier this year. Famously, he led the Cork ladies footballers to their first All-Ireland title in 2005, and would help them to win nine more.

"In the 1980s, when Eamonn came along, Na Piarsaigh were only a small club," says Ó hAilpín in Éamonn Ryan : An Máistir, a new TG4 documentary which airs at 9:20pm on Thursday, December 30th.

"Na Piarsaigh were always in the shadow of the three big clubs in Cork city: The Barrs, The Rockies, and our next door neighbours Glen Rovers.

"You can still see his legacy here in the club. Even in my own case, training the underage teams, I take a lot of things that I learned from Eamonn, and I try to put them into practise with the team. He was a giant."

Na Piarsaigh's Donncha Ó Néill says what Ryan introduced to the club more than anything else was belief.

"In those days, if you hadn't won a county championship," says Ó Néill, "you were saying to yourself, 'Are we good enough? Will we ever do it?' But Eamonn came in and said: 'Lads, you can do it. You're good enough, you're better than everybody else'

"He was here two years ago, and he was ill at the time. But, he had the same drive and spirit as those young lads there.

"I don't think we would ever have had that win without Éamonn Ryan. He changed our belief. We didn't have self-belief, but he gave us that. He came here a stranger, and left as a great friend."

Quiz: Name The 2021 Senior Hurling Champions Of These 16 Counties 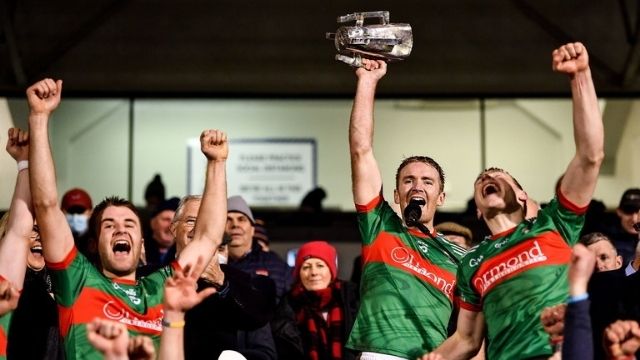