Dunboyne dramatically defeated Tinahely by a point in the semi-finals of the Leinster Senior Club Ladies Football Championship on Sunday.

The game finished 3-13 to 1-18 after extra-time. With extra-time almost up, and Tinahely leading by two points, it looked as though it would be the Wicklow champions who would be heading to the final.

It was then that Emma Duggan struck a lucky goal for Meath champions Dunbyone. The All-Ireland winner's low left-footed strike appeared to be heading for the goalkeeper's grasp until it was deflected to the net by a Tinahely player.

"I was going for goal but it definitely wasn't a sweet connection," the Footballer of the Year nominee told Jerome Quinn after the match.

"I think it hit off one of their players. Three points is three points, and it got us over the line there at the end. I'm not going to complain too much about it."

Duggan Drama! See Meath TG4 All Star Emma Duggan score a winning extra-time goal for Dunboyne at Tinahely on our Live Stream coverage in the @LeinsterLGFA SFC semi-finals. The visitors were two points down in the 78th minute when this happened.. @LadiesFootball @meathladiesMLGF pic.twitter.com/mHgkwgev95

Duggan described the game as "outrageous".

"We have an awful habit of coming here to Tinahely, and just making it hard for ourselves," she said.

"They are a serious outfit. They really put it up to us today. By a mile, it was our toughest test this year. We got ourselves out of a hole today, it wasn't a performance."

Dunboyne's win sets up a Meath versus Dublin final. Foxrock-Cabinteely defeated Tullamore 2-9 to 0-5 in the other semi-final. 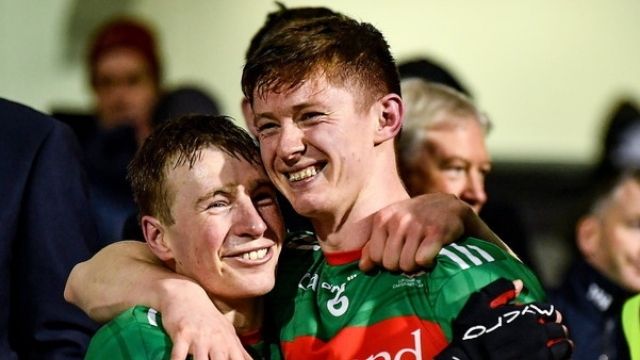