The first thing you notice when you interview Enda McNulty is the eye contact.

He greets you with a firm handshake, and, when speaking, only breaks eye-contact to use something around him to illustrate a point.

During the course of our interview, he sent the dictaphone careening to one side while clearing the table in front of him to show how an elite athlete must declutter his/her mind; he leaped from his chair to trace an imaginary graph on the wall to show how mental and physical conditioning should be gradually tapered down ahead of a major event, and he flipped his iPad shut to add further weight to his opinion that athletes should switch off their social media accounts ahead of competition.

His answers to questions are considered, and when he feels he has answered the question, he will abruptly stop. Other, less engaged interviewees will stop answering the question but continue to talk, meandering in ever-lower, increasingly disinterested tones.

McNulty's record speaks for itself. In 2009, he helped Brian O'Driscoll regain confidence at the lowest moment in his career, and the turning point between Paul Galvin's red card against Cork and his winning of the Footballer of the Year that year was his meeting with McNulty.

O'Driscoll revealed that McNulty advice was brilliantly simple: look back over his career on YouTube. Galvin said in his autobiography that McNulty taught him the importance of switching off from football: to have more interests, to be more laid back.

It is easy, therefore, to take these nuggets of simple wisdom and imagine the athletes who profit from mental training merely turning to McNulty for ad hoc advice when they are in the most need. In reality, McNulty says, mental training should be as consistent and pre-planned as physical training:

In sport, I think sometimes we isolate one aspect of the performance, just the mental aspect. It is all the aspects together that impact performance.

A lot of teams would say to us: it’s a week before a big event, so let’s taper up in terms of mental preparation. So as they taper down physically, they taper up mentally. No, no.

So, it’s like our bodies. If we want to get physically strong, we know we should take six to eight weeks in the gym, lifting maybe four times a week, maybe running twice a week, pilates once a week, in the pool recovery session, three physio sessions, eating well six times a day, and finally, maybe one or two core sessions.

McNulty knows all about approaching a major game without adequate mental preparation.

I say this from a position of pain.

Three nights before the All-Ireland final in 2003, I was on a pitch working with a coach one-on-one to prepare me to mark Peter Canavan.

The problem was the timing. I should have done this two weeks before, not three days before. I went into that All-Ireland final with a flu because I was tired, I was jaded: I had done too much work.

Mental toughness, says McNulty, is a vital part of sports performance. The mentally tougher team or athlete, he says, has a much greater chance of success. That said, he believes that instilling mental strength is just one part of developing elite athletes. He thinks the most important person in any sporting team or organization is the coach, a power structure that descends to encompass assistant coaches, the leader and the leadership group, in that order.

It is not the job of the performance psychologist to work separately from these people: he/she should work with each one, so as to ensure mental preparation is consistent. Bringing somebody for a one-off session, McNulty says will just "confuse" the players, causing "more havoc than good".

When a player is mentally trained, however, the benefits are enormous. McNulty cites the ability of top performers to use mental triggers to positively impact their own performance. Dan Carter, for example, slaps his thigh upon making an error, in order to "delete the mistake". This is multi-disciplinary: McNulty works with dancers who will draw their eyes to a specific point in the middle of the stage, and "when they connect with that eye focus, they’re not aware of what happened five seconds ago or 15 minutes ago". 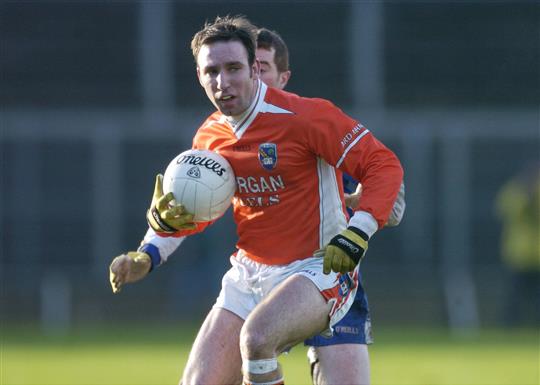 Confidence is such an abstract concept to make it difficult to define, with John Giles coining the phrase that "you don't know when it's there, but you know when it's not there". Mental weakness, therefore, often becomes the sole diagnosis for the consistent failure of a sports team.

The most obvious example is the English football team, so regular have their dispiriting major tournament defeats become. McNulty disagrees, however, that the England's Euro 2016 defeat to Iceland was solely as a result of their being mentally weak:

They have malfunctioned over the last six World Cups and European Championships. It’s incredible.

And they’ve had one of the best sports pyschiatrists working with them, in Steve Peters. So how can we have the scenario where we have one of the most experienced and best brain mechanics in the world, and we have a team in need of a brain mechanic, and they have consistently underperformed?

I believe it’s not just psychological. It’s cultural, it’s technical, it’s tactical, it’s leadership. I know from my playing days that just being mentally tough isn’t good enough. You could have the most mentally tough team in the world, but have no leaders. Then nobody will know to stop the game with five minutes to go to get your breath back.

The leadership needs to be merged with the mental toughness. With the English soccer team, I don’t believe there are enough leaders on the park, against Iceland: where were the leaders, rallying the troops?

I like to watch things off the ball as much as I do on the ball: did you see anyone rallying the troops, like Kevin McManamon does in Croke Park? Did you see anyone communicating, like Paul McGrath did back in the day?

I didn’t see any sign of it. For me, it wasn’t just the mental frailties of that team, it was also the leadership frailties, the cultural frailties, the lack of technical skills: that was the most amazing thing, to me.

While the English team were lacking leadership and direction, McNulty believes the Irish team are far removed from this problem. In Martin O'Neill, he sees a man that the Irish squad "trust" and "can galvanise around". He cites a moment from the 2-2 draw with Serbia in which O'Neill instructed Shane Long to go down injured in the final few minutes to take the sting from the game and allow the Irish players regain their breath as indicative of a "composed manager who is capable of impacting the mental state of his players on the pitch".

With England, there is no such certainty. McNulty believes it was right for Hodgson to leave, but also believes that Sam Allardyce is a gamble:

Much of the narrative surrounding that Iceland defeat - and the English losses of the past - surrounds the fact that players are entombed by a fear of failure, and ultimately freeze on the big stage. Yet, on occasion, a fear of failure can be an excellent motivator: former Liverpool defender Jamie Carragher tells Simon Hughes in Ring of Fire that a player should "never lose the fear" of another player coming along and taking his place.

For McNulty, it's important to strike this balance:

The athlete needs to strike a balance between having that fear of failure, of losing your place, of becoming obsolete, versus the fear of underperformance. It depends exactly on what the fear is about. With athletes and performers in general, you will try to get to the real root and cause of the fear.

When not controlled positively, it can have a seriously detrimental effect on performance.

The best type of motivation, to McNulty, is not total fear, and nor is it the seemingly eternal driving force in the GAA: the willingness to prove the "doubters" wrong. No, the best form of motivation lies within, and is what has driven the successes of the greats:

I think the really brilliant coaches, the Fergusons, the Mourinhos, the Codys, the Phil Jacksons, the Joe Schmidts, probably going right back to Barcelona in the early days, I don’t believe that was built on what somebody said in the media.

I believe that was built on that sweet spot of motivation that is striving every day to be the best you can be. That’s sustainable. That is always something to strive for, to give you energy every single day.

I would never motivate someone negatively, in fact, most of the time, we would tell coaches to throw the papers in the bin. Forget about them. Throw all that rubbish in the bin and get into the middlle of the arteries of the players’ motivations, rather than being on the veneer of some surface, some bullshit.

While McNulty would encourage managers to dump newspapers in the bin, he believes that players - particularly in GAA - are naive on the importance of the media. After the weekend's All-Ireland final, Dublin did not make any players available for interview, and cancelled their post-game function. Mayo, by contrast, had three players interviewed on the pitch at full-time, something at which James Horan expressed surprise on Sky Sports:

I think you guys [the media] are part of the engine that makes sport tick. When I was a footballer, I was very naive: I said, ‘Jesus, I’m not going to talk to the media for the next twelve months or do two interviews’. That was naivety. The media are essential. For any athletes or performers not to realise that is naivety.

The best coaches would say ‘let’s educate you as to why the media are so important’. Unfortunately, as Armagh footballers, that hasn’t happened well enough. I’m very proud that in Ireland rugby, the guys have done that very well, they have a very respectful relationship with the media.

They know that without the media, we wouldn’t have such a strong relationship with our brands, with our fans. It’s part of the fabric.

One of the most interesting things about McNulty is his work across a number of different disciplines, and his ability to find practical triggers and methods to work across all of them. He was unwilling to divulge the name of many of his clients but he did mention two: Intel and Riverdance, and he believes that sports stars can learn a lot from both. Intel, to McNulty, produce world-leading technology on a daily basis, and there are dancers in Riverdance who have performed on the biggest stage thousands of times.

His biggest criticism of Irish sport is its failure to collaborate:

In Ireland, we haven’t learned enough from Team GB, and that joined up appoach with working with the best performance crucibles in the world.

See Also: The Big Interview: Richard Dunne On How Man City Has Lost Its Soul

GAA
3 years ago
By Gavin Cooney
Enda McNulty Explains Peter Canavan's "Genius" In The '03 All-Ireland Final
GAA
4 years ago
By Mark Farrelly
Why Joe Brolly's Latest Crusade Against Mental 'Gurus' Is Wide Of The Mark
GAA
4 years ago
By Balls Team
Joe Brolly Is Continuing His Very Entertaining War Against Sports Psychology On Twitter
Popular on Balls
The Rewind
19 hours ago
By Gary Connaughton
Quiz: How Well Do You Remember The 'Friends' Roommate Quiz?
3