Members of the Galway panel sent Tom Parsons messages of support in the days following the Connacht Championship quarter-final game against Mayo earlier this month.

Early in the second half, Parsons suffered a gut-wrenching injury: a dislocated knee and badly damaged ligaments. The Mayo midfielder has since undergone the first of two surgeries at the Santry Sports Clinic.

RTÉ's Darren Frehill reported last week that Parsons was told he had sustained "one of the most unusual and rare injuries in sport".

"I popped him a text on the Monday night just to wish him well," Galway defender Eoghan Kerin said at the announcement of AIB's five-year extension to their All-Ireland Football Championship sponsorship.

Kerin was closer than anyone to Parsons when his knee gave way - the 24-year-old was directly under the Mayo man. Initially, he did not think much of the situation but the seriousness of the situation quickly became apparent. 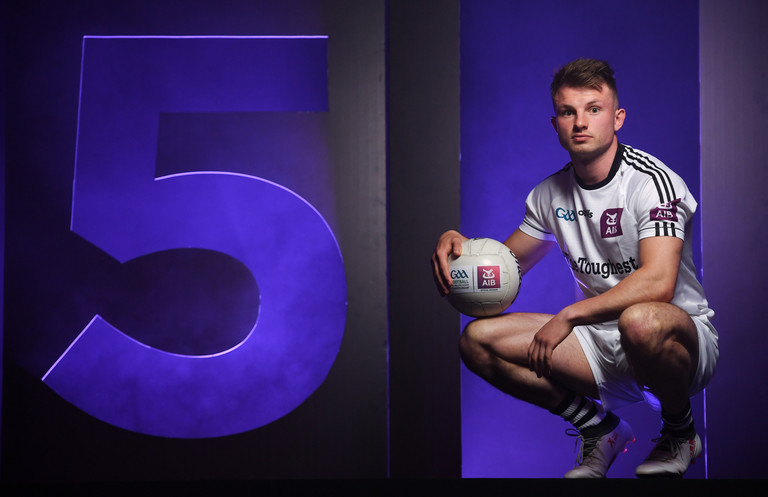 "It was just one of those things, it was innocuous enough. As soon as I got up, you could hear him screaming on the ground. In fairness to Conor Lane [the referee], he stopped the game straight away.

"It was only when I got up off the ground, I could hear him in real pain. I didn't think there was anything to it until, obviously, we saw the result of the injury.

"I just dived down on the ball and I think it was whatever way his leg was planted, it was just unlucky more than anything.

"Tom seems like a real gentleman so it wasn't nice to see him on the ground and in real pain as well. But I think the procedures have gone pretty well. I'd like to wish him well in the recovery as well."

Kerin believes that Parsons injury took the sting out of the game. The loss of the 30-year-old, who Kerin said was having a really good game, further wounded a Mayo team which had already seen Diarmuid O'Connor walk after being shown a red card.

Defeated at MacHale Park, the qualifier route is again on the Mayo GPS - it takes them to the Gaelic Grounds in 12 days.

"Ah look it, I don't think we've seen the last of Mayo this year," said Kerin.

"They're really good, they're a seasoned team. When you've the likes of Lee Keegan and these guys coming into a team. I suppose they've four weeks between then and their next qualifier game, it's Limerick they've got.

"I would be very, very surprised if we don't see them in the Super 8s. I know they've quite a bit more games but they're a really experienced side, I can't see them slipping up. We haven't seen the last of them anyway that's for sure."

See Also: The Draw Has Been Made For The First Round Of The Football Qualifiers

GAA
1 year ago
By PJ Browne
In Pictures: Roscommon Celebrate Connacht Final Victory
GAA
1 year ago
By PJ Browne
Roscommon's Kerryman Blown Away By Dressing Room Spirit
GAA
2 years ago
By Maurice Brosnan
What The Sunday Game Pundits Got Wrong About Galway's System
Popular on Balls
Football
7 hours ago
By Gary Connaughton
Juventus Vs Lyon Featured Two Of The Worst Penalty Calls You'll Ever See
35