Take a look at this letter sent to the Irish Times from Dublin fan Paddy Monahan after the Sky Blues' win over Kilkenny on Saturday 29th June, 2013. 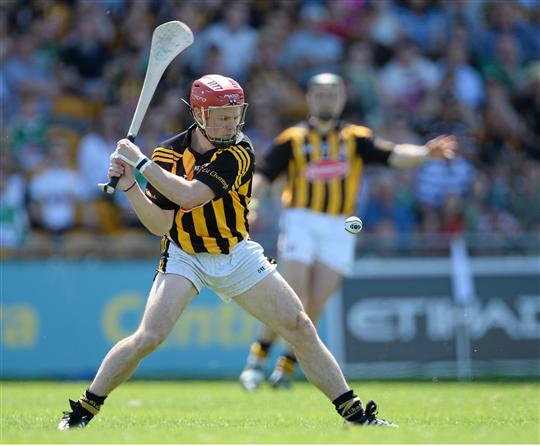 The letter focuses on Kilkenny's Tommy Walsh and how he spent plenty of time posing with young Dubliners after the game despite Kilkenny's disappointing 1-16 to 0-16 defeat at O’Moore Park.

Sir, – My sense of elation on Saturday night in O’Moore Park, as the Dublin hurlers defeated Kilkenny in the Leinster championship, is difficult to put into words. Beside me was my father who was six years of age the last time Dublin achieved such a feat. Gaels up and down the country will appreciate that the feeling of sheer wonder at such a powerful Dublin performance stems not from the fact that we won a Leinster semi-final but that we out-played and out-fought what is almost certainly the greatest team in the history of the game.

However, as I walked around the hallowed turf after the match, mingling with supporters from both sides exhibiting shock and disbelief for very different reasons, I was taken aback by a sight that will linger in my memory as long as the Dublin victory.

There, in the middle of the field, some 10 minutes after the final whistle, stood Tommy Walsh of Kilkenny – still glistening with sweat in the warm evening sun, his jersey marked with splashes of blood; possibly his own, possibly not. He was surrounded by children decked both in sky blue and black and amber. He signed every single jersey and match programme. He posed for every single photograph. This man is not accustomed to the bitter of taste of defeat. This living legend who has garnered a record nine all-star awards in a row and won six all-Ireland titles and will surely see more of both, has never before been humbled at such an early stage of the championship. And yet, there he stood, as I watched in awe for a further 10 minutes, putting his arm around every youngster that was ushered before him by an eager parent and patiently waiting as yet another camera phone was pointed at him by an outstretched arm.

What can I say? For anyone who wonders what is special and unique about the GAA, who wonders what makes it the finest organisation in this country with nothing even remotely like it in the rest of the world, who occasionally, like myself, unthinkingly takes for granted its place at the heart of communities up and down the island, I give you Tommy Walsh – the embodiment of the spirit of the GAA and, for that matter, what might just be great about the people of this country.

(Via The Irish Times)