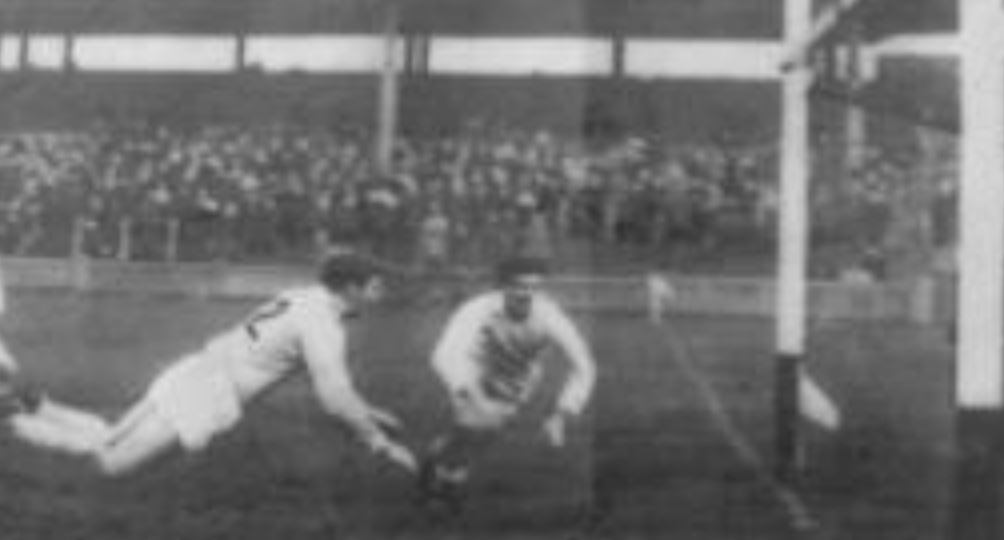 It might not always be immediately obvious, but we're quite a widely-read bunch here at Balls Towers. While our knowledge of the classics might be a bit sketchy these days, we get through a bit more than just sport stars' autobiographies and inane Twitter arguments.

It was during one of these forays, far away from our well-worn internet routes, that a member of our team stumbled across this gem of Irish sporting history.

An article on the Ireland's Own website - I'm just pleasantly surprised to learn that they have a website - brilliantly recounts the story of the first headed goal to be awarded at Croke Park, almost 50 years ago today. It was scored by Eamonn Breslin of Dublin in a game against Laois on November 1, 1964.

The ball was played into the danger zone by Jackie Gilroy, father of former Dublin player and manager Pat Gilroy. Jackie didn't attempt to pick the ball up and chipped it first-time towards left-half forward Breslin, who instinctively headed the ball past Laois 'keeper Tommy Miller into the Canal End goal.

Breslin had not played soccer competitively, but he grew up in Ballyfermot, which was then, as now, a hotbed of the association game. A junior footballer at club level for Ballyfermot Gaels, Breslin's GAA career was short-lived - he switched codes to rugby, joining Monkstown FC soon after his most memorable moment in sky blue. He recalled the crowd's shocked reaction to his unconventional finish:

It was just a spur of the moment thing, the ball came across at the right height and I just headed it past a surprised goalkeeper. Instead of cheering, the crowd waited a few seconds before the umpire and referee agreed that the goal was legal.

The idea that a headed goal would be cause for uncertainty or dispute was mainly down to the fact that the Ban on 'foreign' games still was very much in place at the time, so a flagrantly soccer-esque display of skill would have been cause for controversy.

It's also worth remembering that the Jones's Road site was used for soccer games and other athletic pursuits before coming under the exclusive ownership of the GAA in 1913, so it can be reasonably assumed that headed goals had been scored during its time as Bohemians' home ground The site also played host to the 1901 Irish Cup final, in which Cliftonville FC defeated the Freebooters of Sandymount.

According to the piece, Breslin's wasn't the first header to find the net in a gaelic football match at Jones' Road, but it was the first to be allowed as a goal. Read the full story here.