The Dublin dominance lives on. A four-in-a-row successfully secured. The team of the decade overcame Tyrone on a scoreline of 2-17 to 1-14 at a boiling Croke Park.

It wasn't for lack of trying from Mickey Harte's side, who started brightly and roared into a four-point lead after 17 minutes. However, a Ciaran Kilkenny point and Paul Mannion penalty turned the game on its head and by the time Tyrone had recovered their bearings, it was 2-7 to 0-6.

For the remainder of the game, Dublin remained out of reach, the two goals proving a crucial buffer as they slowly built up their lead. Tyrone to their credit never accepted defeat and a Peter Harte penalty was their just reward for eternal effort. However, today is Dublin's day.  Their standard has been well established this year and it is becoming increasingly clear it will take a unique mix of athleticism, finishing and luck to topple them. An unprecedented five-in-a-row looms unless a challenger emerges from the pack. 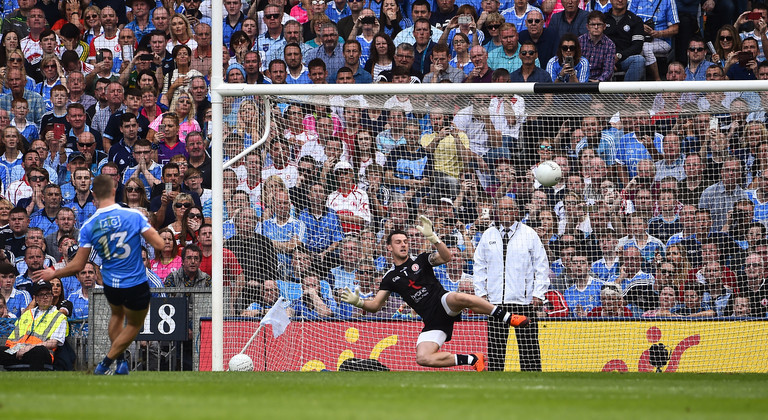 The Kilmacud Crokes man was in the wars early on but worked his way into the game. His athleticism is astonishing for a player who was close to being cut from the panel two years ago. An expertly converted penalty that Dublin badly needed and a crucial turnover at the other end. It is telling that Mickey Harte stuck his best man-marker on him. 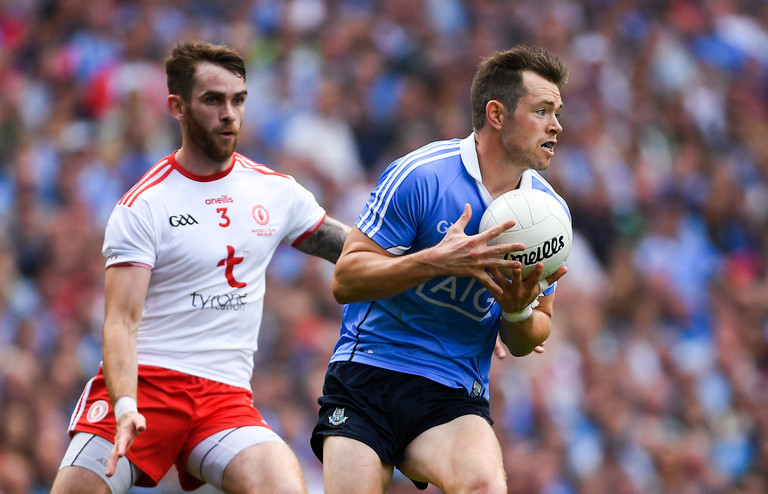 With Dublin rattled, Rock missed a relatively straightforward free to offer a glimmer of light to Tyrone. Cluxton poor from kick-outs, Rock poor from frees, two things that needed to happen for an upset. However, soon he went to work from play and pulled his county back into the game. Part of Dublin's magnificence is their ability to vary the primary inside forward, with Rock assuming the mantle today. A fine 0-6 in total. 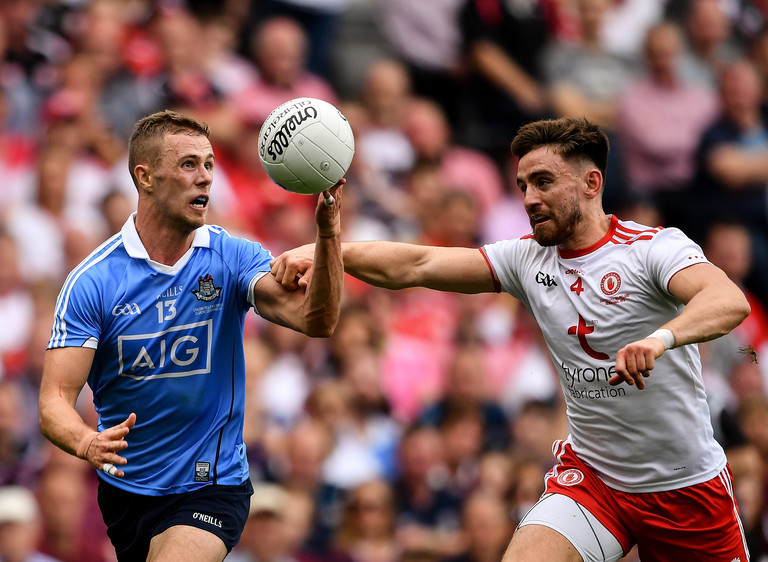 The boxer turned Gaelic footballer can be proud of his Championship performance this year. He has gone toe-to-toe with Michael Murphy, Conor McManus and Paul Mannion and performed admirably. His early tenacity to the tackle set the template the Tyrone needed to maintain. 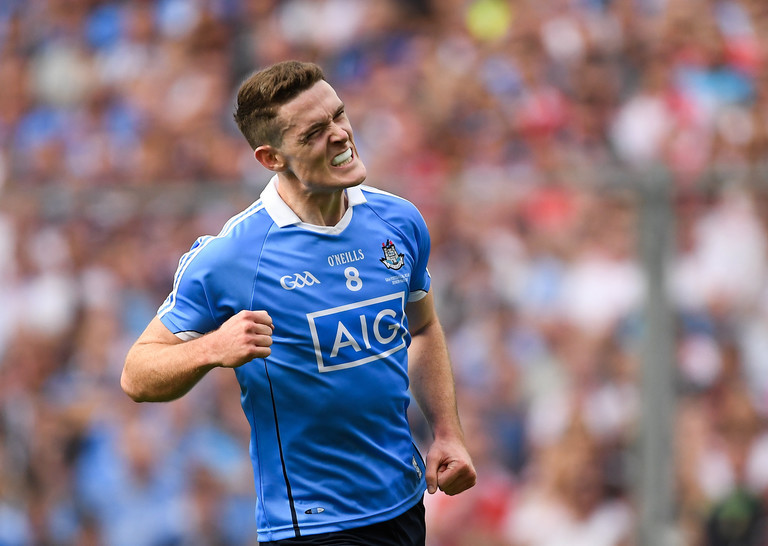 The epitome of a modern-day midfielder. A master of every facet necessary; fielding, tackling, shooting. Tyrone's inability to identify a suitable opponent to Fenton was costly but based on the evidence of this year's Championship, such an opponent does not exist. Peerless. 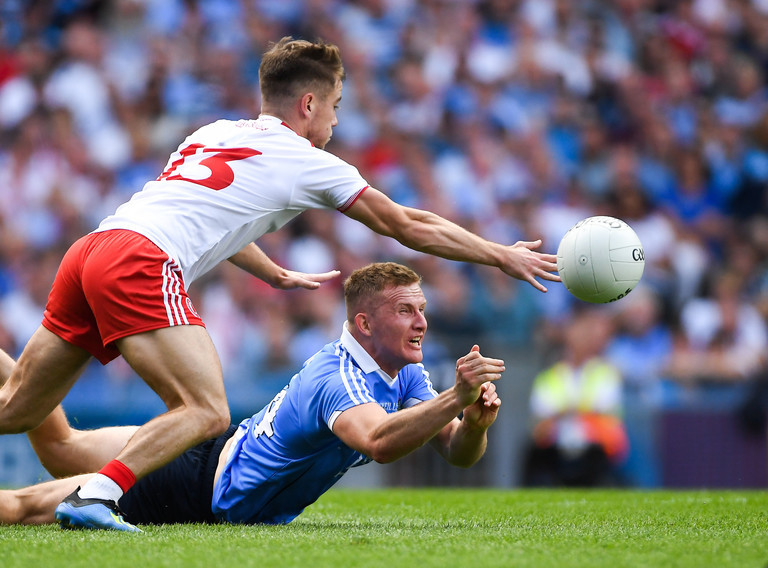 Coming into the Super 8s, former Dublin legend Alan Brogan bemoaned Kilkenny's tendency to recycle ball when he could go forward:"I feel a little bit saddened to see players of the quality of Ciaran Kilkenny, for example, moving the ball sideways and backward." Since then he has stormed every single game, getting that balance right and proving a lynchpin of this Dublin system. In the end, not even a man hanging off his shorts can stop him firing the ball over the bar and into Hill 16. A strong contender for Player of the Year.

Kilkenny will get Footballer of the Year. And deserves it.