The 2007 All-Ireland Club Championship final saw the meeting of two great teams: Armagh's Crossmaglen Rangers and Kerry's Dr Crokes. At half-time in the final at Croke Park, the Armagh side led by a point, but Colm Cooper had got the better of Crossmaglen's legendary fullback Francie Bellew on a couple of occasions. It inspired Bellew to give his first ever dressing room speech.

"Francie wouldn't have hatred [in him], believe it or not. Francie is just so quiet.

"He hated the Gooch because of what the Gooch could do to him, and did do to him on many occasions.

"He said he was going to maybe leave something on the Gooch in the second half. He also wanted the rest of us to step up and be a bit more physical.

"Normally, the manager speaks, and then the captain speaks. I was the captain at the time, but I just thought, 'What would be the point of me trying to follow that? The man hasn't spoken in 25 years'.

"For me, that said a lot. He had a lot of begrudging respect for the Gooch and what he could do to you.

The game finished as a draw thanks to a point which still annoys Dr Crokes players and supporters to this day. Crossmaglen went on to win the replay a fortnight later.

"[It was like] Tommy Bowe was going in the corner."

"I met a woman in Dublin," said McConville.

"Kerry were playing the All-Ireland final two year ago. She stopped me, and I had the wee fella with me. She says, 'You took 13 steps'. I said, 'You're obviously a Crokes woman. You keep adding a step on every year'.

"I had to explain to [my son] Ryan [what happened]. I had to show him, and he wasn't happy that it wasn't in HD. He did say that I overcarried it. 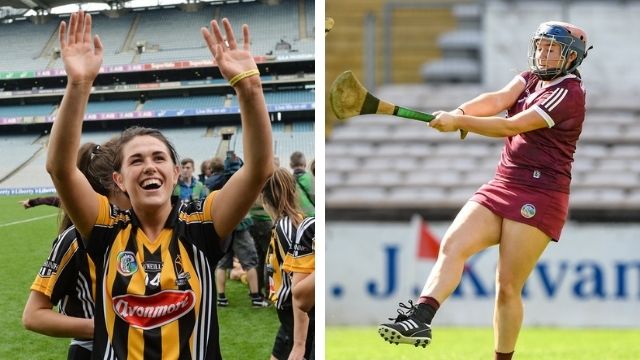 GAA
1 month ago
By PJ Browne
9 Counties Feature In The Football Team Of The League
GAA
4 months ago
By Eoin Harrington
The 2015 All-Ireland Final Summed Up The Brilliance And Absurdity Of Philly McMahon
GAA
5 months ago
By Jonathan Browne
Oisín McConville Had Two 'Automatic' Full Forwards In His Greatest Team Of The All-Star Era
Popular on Balls
GAA
3 days ago
By PJ Browne
Mayo's Padraig O'Hora Using Football To Promote His Real Passion
Rugby
1 day ago
By Colman Stanley
'That Pace, That Intensity, That Organisation' All Black Legend Has High Praise For Leinster
GAA
1 day ago
By PJ Browne
Jim McGuinness's Gut Tells Him Dublin Will Win The All-Ireland
The Rewind
2 days ago
By Eoin Harrington
Watch: Brilliant Dermot Morgan Dublin Segment From 'The Travel Show' Resurfaces