The Final Round Of The Balls.ie 2019 Rolling All-Stars

The 2019 Gaelic football Championship is at an end and now, attention turns to the much-debated individual accolades.

A common concern surrounding the All-Stars is that too often it feels like one good semi-final/final performance overrides more consistent stars in the earlier rounds. In order to address this, Balls.ie introduced the Rolling All-Stars. Every round we considered the best performances and compare them to the existing holder.

To hear us discuss the team in its entirety, you can listen to the Balls.ie GAA podcast here. 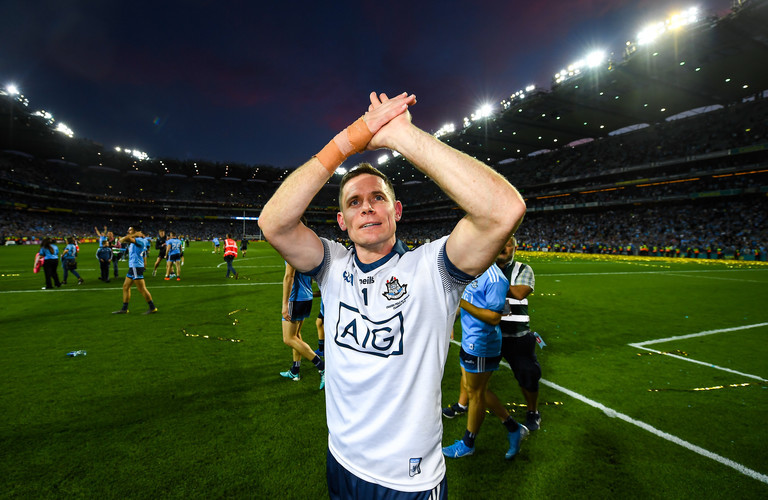 A year that demonstrated every facet of his ability. Superb saves against Kildare and Kerry in particular, pinpoint with his kick-outs and commanded the square expertly. A strong candidate for footballer of the year.

His marking is one thing but what sets the Cuala club man apart is his ability to sniff out danger. Never more apparent than his last-ditch textbook tackle on a goalbound Stephen O'Brien.

A teak-tough full-back who excelled even when Tyrone played an open gameplan as well as a conservative one. His total nullifying of Conor Cox was textbook. 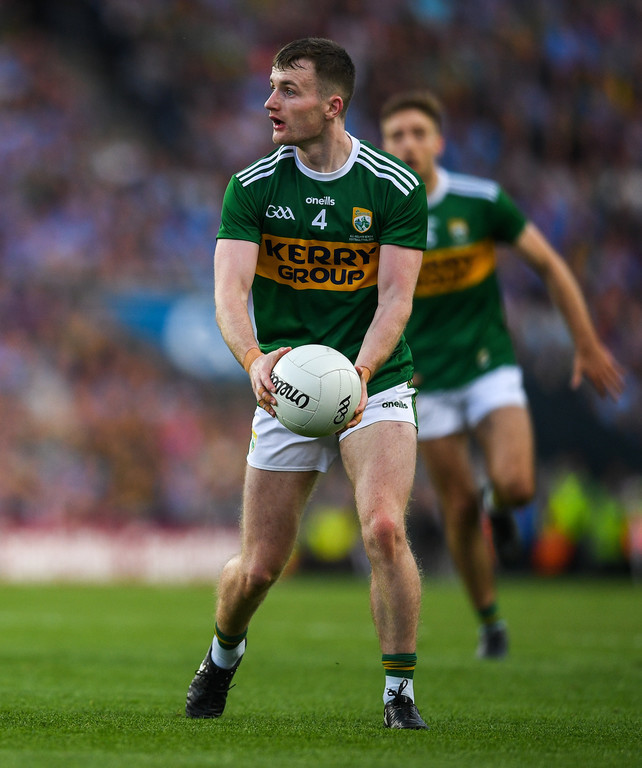 Kept Ryan McHugh, Shane Walsh and Jack McCaffrey scoreless and kicked 0-8 over the course of the Championship. These awards have to take the occasion into account and Durcan delivered when called upon. 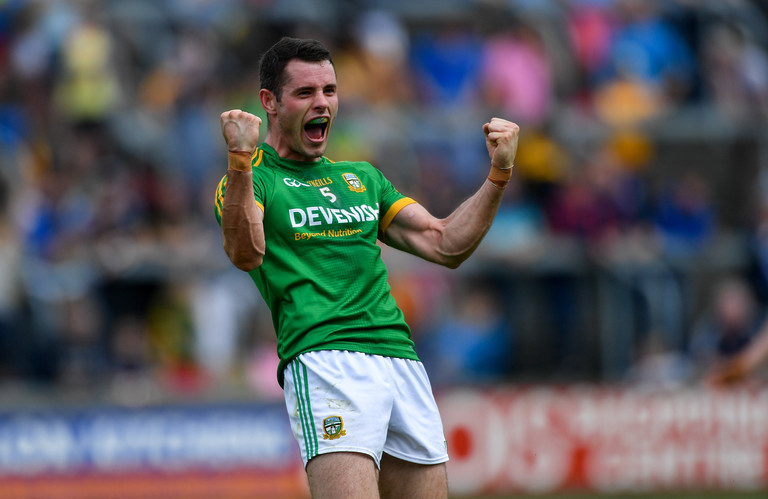 Keogan enjoyed a sensational summer, although he might be unlucky in that many would have missed Meath's games this summer. For those who did witness the Rathkenny man in action, they would have seen a driving and dominant presence on both sides of the ball. Even in the toughest of circumstances against Dublin in Croke Park, Keogan emerged with credit in the bank.

His final injury will deny him player of the year but the All-Star is secure.

Sensational against Mayo, outstanding versus Meath and two huge performances against Tyrone and Dublin in the drawn game. It means Michael Murphy misses out, but the Donegal midfielder only played division one opposition on three occasions this summer and struggled at times with erratic shooting in the second half versus Mayo.

This is an incredibly competitive year for the awards and ultimately, it will come down to fine margins. Here Moran edges it.

His superb showing versus Mayo was one of the best individual performances we saw this summer. 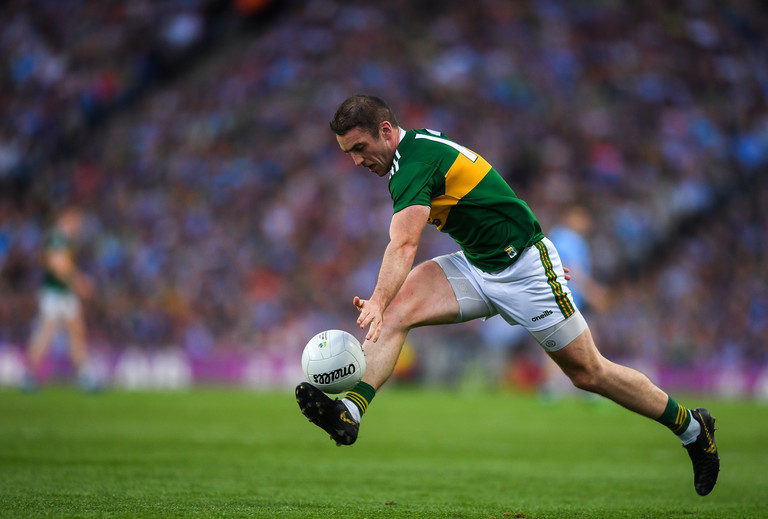 A brilliant goal against Tyrone, three points against Mayo and Donegal, and came to the fore against Cork when Kerry were under pressure to produce two points and a huge shift.

1-48 in total this summer for an average of 7.3 per game. Magnificent all year long.

The second of Dublin's Raheny double act powering around the middle third. A young player of the year contender.

The biggest debate of all was David Clifford versus Cathal McShane. When Kerry needed answers, Clifford produced them. His 0-5 in the final was superb but in the first half his shooting was frighteningly accurate and a much-needed outlet after his side's slow start. He gave an exhibition in Fitzgerald stadium against Mayo and was prominent against Tyrone. A clutch player.

McShane also enjoyed a brilliant summer, finishing as top scorer. However, the qualifier run benefitted the Tyrone target man hugely and if you consider average scores per game instead of the overall total, Dean Rock and Sean O'Shea are ahead on 7.3 versus 6.4. He was totally limited against Donegal and finished with just a point from play.

Then there is his free-taking, which at times was a tad off the mark.

> Kerry's main men are on form
> Dublin's spread of shooters evident through Mannion being only player here
> McBrearty's radar has been off
> McShane has had the volume but not the accuracy pic.twitter.com/RoHrQ81h6l

It is an incredibly tight call that will divide the country, but Clifford just shades it.

David Clifford slots it over the bar brilliantly for @Kerry_Official pic.twitter.com/FqVqmjEr9z 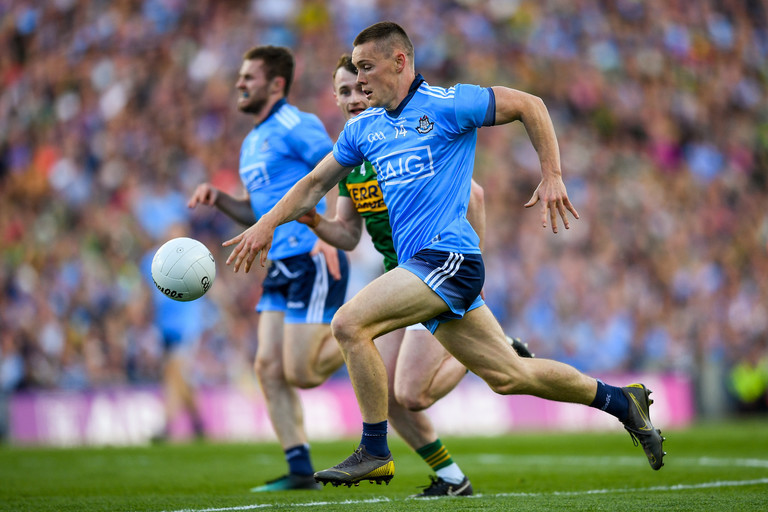 A monster 2019. The current favourite for player of the year.

Four points in the All-Ireland final a fitting end for the sharpshooter. His five points against Mayo were a joy to behold.

SEE ALSO: Five Club Games To Head To This Weekend

Hurling
7 months ago
By Michael McCarthy
Quiz: Do You Remember The 2019 Intercounty Football And Hurling Championships?
GAA
1 year ago
By Mark Farrelly
Quiz: Name Every All-Ireland Football Final Man Of The Match This Decade
26

Hurling
7 months ago
By Michael McCarthy
Quiz: Do You Remember The 2019 Intercounty Football And Hurling Championships?
GAA
1 year ago
By Mark Farrelly
Quiz: Name Every All-Ireland Football Final Man Of The Match This Decade
GAA
1 year ago
By Maurice Brosnan
'If I Took A Break But Stayed Here, You Don’t Get Away. You Would Hear Talk Constantly'
Popular on Balls
Football
23 hours ago
By Gary Connaughton
Manchester United Legend Urges Club To Avoid Delcan Rice Transfer This Summer