The coverage afforded to the opening weekend of the Joe McDonagh Cup has once again instigated debate about the treatment of so-called weaker counties within the GAA.

It comes a year after Carlow hurler Paul Coady told Balls.ie of the one issue with hurling's second tier.

The only thing I would say of the Joe McDonagh Cup, I’m sure you can see it from the outside, the promotion and the coverage was shite. It would have been nice if it got a little more… there were really good hurling games. 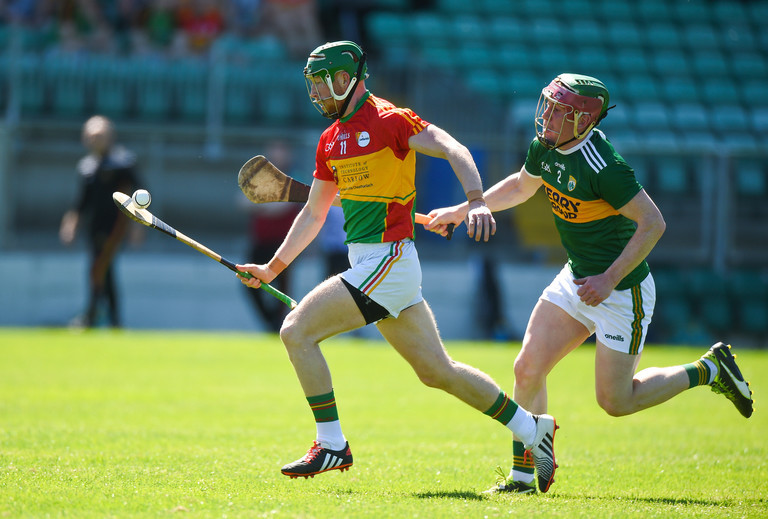 He went on to explain why it mattered.

It is great to be hurling for your county and we don’t do it for the coverage. My real issue is… at the moment there are four senior hurling clubs in Carlow. There was six last year. There was eight a few years ago. Going forward, something has to change dramatically in Carlow or this good year will all be wiped out in five years’ time.

Right now there are young people in Carlow, imagine if they clicked on the Sunday Game on a Sunday evening and they were talking about Carlow hurling and highlighting what they were doing?

"It doesn’t have to be much. It would do so much for hurling in Carlow. Kerry, Westmeath, Antrim, Laois, they need the promotion of hurling."

On this week's Balls.ie GAA podcast, the Three Man Weave, the lads discussed the issue and the Sunday Game's highlights coverage of the two Joe McDonagh Cup games.

Maurice: I don't want to dwell on this and I think people can take punditry way too seriously, lambasting it as 'disgraceful' and all this over-the-top carry-on. But I do think, without getting overly negative, the Sunday Game's coverage itself was really disappointing. As a production, they decided to dedicate the first 45 minutes of a highlights programme to games that were already live on television that day.

So on a weekend of over 20 inter-county games, there were seven hours broadcasting time on Sunday and five hours and 45 minutes were dedicated to just two games. Then the treatment of the Joe McDonagh Cup, which was such an insult. Whatever about during the league and paying them lip service to divisions four and three by reading out results, the Joe McDonagh teams are entered in the same competition! Laois and Offaly have as good a chance of an All-Ireland this year as Louth or Wexford do! We will see the top two teams for the Joe McDonagh Cup later this summer in an All-Ireland preliminary quarter-final.

To not even give them the service of discussing it in any way is such an insult and an easy argument for players and managers to use against tiers which we are going to see in Gaelic football.

Mark: "It's madness. Outside of Munster, that was the weekend's biggest game. It was more telling than any other game. Two evenly matched teams on different trajectories, how important it was for Offaly to try beat Laois. What it meant for Laois to win and there wasn't a mention."

PJ: "It's very simple in a sense, they should at least acknowledge the games happened. But this problem won't be solved on the Sunday Game or by RTE. There needs to be another night of highlights or alternative.

"They will have live streaming for some games, it just seems so obvious and easy to do when you see the Fitzgibbon Cup streams and look at the figures watching them. Thousands of people watching them on a YouTube channel. People will watch these games."

To listen to the full podcast, which includes an interview with Limerick manager Billy Lee, analysis of all the games and a preview of this weekend, search 'Balls.ie' on Spotify, iTunes, Pocketcast or any good podcast platform.

SEE ALSO: 'He Is A Great Mentor Really. The Advice He Gives You Take Notice Of It'

GAA
1 week ago
By Gary Connaughton
Ger Loughnane Backs Introduction Of Black Card In Hurling
GAA
1 week ago
By Balls Team
Ranking The Top 6 'Outside Managers' In The History Of Inter-County GAA
GAA
1 week ago
By PJ Browne
Once Told He Wasn't Good Enough, Gearóid Hegarty Now Hurler Of The Year
Previous Next