There's something very absorbing about the GAA. Naturally, we won't remember every game with fondness and several players will unfortunately flow through the grades without much recognition for their feats. So when an individual comes along with a talent that transcends our indigenous sports, it's important to have some kind of instrument that allows us to relive all the majestic memories of their legacy.

Step forward Laochra Gael, or GAA Legends, for those of you who don't have a vitamin left of the Leaving Cert Irish.

Produced by GAA experts in TG4, this popular GAA documentary series focuses on a player's career, or era of GAA excellence, in each episode. And over the last decade of broadcasting, we've been treated to some superb productions.

Here are some of the best we've seen so far.

Aired in 2012, this programme charts the decorated career carved out by Oisín McConville. From winning his first All-Ireland club title as an U21 player, to scoring 2-7 in the '99 Ulster Final for Armagh, this documentary leaves you in no doubt that McConville was a player who was destined to achieve great things.

Hair-raising moment -  Oisín McConville was always regarded as a comfortable free-taker but one of the iconic images associated with their historical All-Ireland win in 2002, is his incredible penalty miss. And as a viewer, I was not prepared for the way McConville would recount his immediate thoughts after his the shot was parried away.

Another episode from the 2012 season, Laochra Gael assembled a sequence of memories which justified Shanahan's famous nickname 'Dan The Man.' Shanahan's talent came to prominence in 1998 which coincided with the start of a hurling renaissance in Waterford. And Shanahan's scoring prowess was paramount to their success in the mid noughties.

But after failing to convert their '04 and '07 Munster crowns into All-Ireland wins, tensions sparked between then manager Justin McCarthy and the team. During the '08 Munster championship, a photo was taken of Shanahan refusing to shake McCarthy's hand after being substituted. The image communicated discord to the public while also conveying Shanahan as one of the chief antagonists. 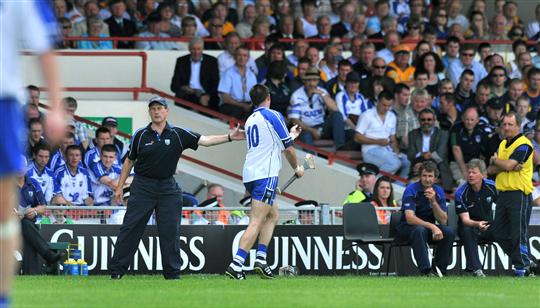 And in the documentary, Shanahan confronts those misconceptions.

It was probably one of the biggest mistakes of my career, not shaking Justin's hand, but after playing so poorly I didn't think I deserved a clap on the back, it was a kick up the backside I needed. The photo kind of suggested that I was to blame for Justin's departure and I can say to this day that I was one of the few who voted for him to stay

Noted for his aerial finesse and ability to sell a pup to an opponent with a crafty drop of the shoulder, Ja Fallon was one of Galway's most precious scoring assets during the 1990's. In this Laochra Gael episode, we witness the progression of Fallon from when he was scouted as a minor in 1990, to his roaring second half performance in the 1998 All-Ireland win over Kildare.

Following the departure of manager Bosco McDermott - who Fallon identifies in the documentary as a key influence on his career - the foundations were in place for Galway football to roar back to life. But Ja, who was also an accomplished rugby player, was on the verge of missing out on that movement when an opportunity presented itself to switch sports. Had it not been for Connacht's unwillingness to offer him a full-time contract in '98, Galway's subsequent success may not have materialised. 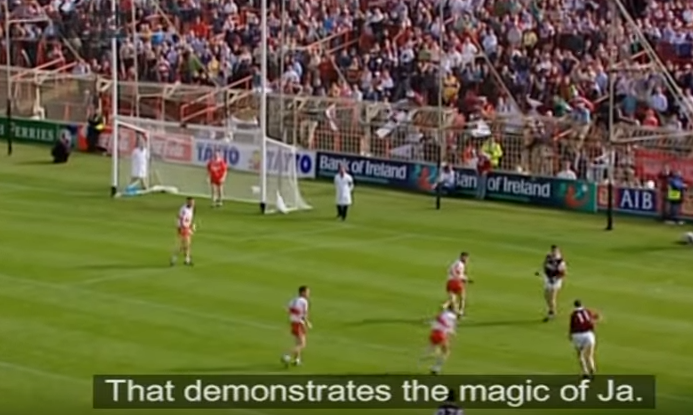 The second half of the '98 All-Ireland final was the landmark of Fallon's career. His individual brilliance guided Galway to their first All-Ireland win in over 30 years, an achievement he would enjoy again three years later. But the path to success was a turbulent one for Ja Fallon. Extensive injuries forced him out of service for two seasons and capturing the Sam Maguire in 2001 was executed through the protracted back-door route.

But reflecting on his career towards the end of the programme, Ja regrets nothing.

You don't feel satisfied unless you're kicking ball. I don't know is it a drug or a bug. When I was growing up, my Dad would have brought me to all the Galway matches. It's what you live for and that was the mood of your day. Your football dictated your way of life and I wouldn't have it any other way

A prodigious product of the famed St Kieran's College in Kilkenny, DJ Carey was a talent bred for senior inter-county hurling. Even in the embryonic stage of his career, Pat Fleury tells us in this Laochra Gael production, that there was a glint in Carey's step from when he was 15 years of age.

Never booked or sent off in any of his 52 championship games in a Kilkenny shirt, Carey's clean record of discipline complimented the tidy fashion in which he went in pursuit of scores.

Laochra Gael portrays Carey as the kind of player who could impose himself on a game regardless of whether his team was dominating, or was on the receiving end of a hammering. And when Kilkenny suffered a heavy defeat to Offaly in the '95 Leinster Final, Carey was the one who prevailed for his team with two well taken goals. 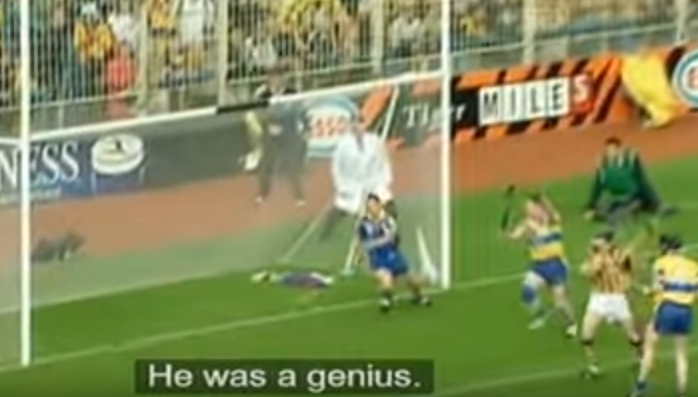 Several other spellbinding moments from Carey's inter-county career are covered in this episode. But the pivotal moment comes, when Carey revisits his unexpected talk of retirement in 1998.

I was getting this massive stick within my own county for not winning Leinster titles and I kind of thought I have enough of it at this stage. It was on the spur of the moment and I suppose like everything else, a journalist gets a story and all of a sudden you're saying ''yes it's true.'' There was a massive reaction and the letters were pouring in. And you know what - people do stupid things at times and I think that was one of my more stupid things.

As one of the famous Kerry pack who won eight All-Ireland medals, this edition of Laochra Gael is a tribute to one of the best footballers in the history of Gaelic football. Although inclined to 'get a little strong' at times, according to former Kerry boss Mick O'Dwyer, Mikey Sheehy got motoring when it mattered.

In one of the funnier editions of Laochra Gael, the selected memories of Sheehy's storied inter-county career expose all the humorous elements of Irish phraseology. Hearing Sheehy and Mick O'Dwyer describe how the former muscled in on the latter's position as free taker for Kerry, is sure to put grins on faces. And Sheehy's recollection of the time he got a 'hosing' from O'Dwyer in Croke Park will produce similar results. 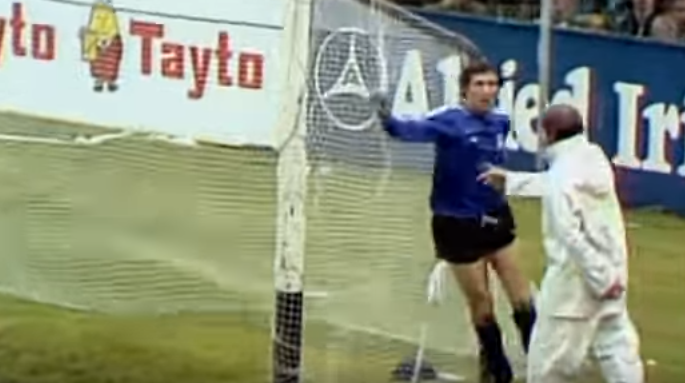 But when you think of Mikey Sheehy, one defining moment in GAA history always come to mind. His free in the 1978 All-Ireland final against Dublin where the flight of the ball teases Paddy Cullen all the way to the net, cannot be replayed enough. The famous writer Con Houlihan described Cullen's retreat to the goal as 'a woman who smells a cake burning.'

That goal, Oh my God. There is no doubt that there wasn't a foul and that was the most controversial thing about the whole scenario. I looked at it several times, and he (Paddy Cullen) clearly put his foot under the ball and passed it out to Robbie Kelleher. There was nobody near the goals and I just got a rush of blood and put it down as quickly as I could. It went in thankfully, but if it didn't, the egg would have been on my face

The next batch of Laochra Gael recipients will be aired next February.