There are the live club GAA games on television this weekend.

The action throws in at 6:15pm on Saturday evening with the meeting of Laois champions Clough-Ballacolla and Dublin champions Kilmacud Crokes in a Leinster hurling semi-final. Kilmacud defeated Westmeath's Raharney in the quarter-final, while Clough-Ballacolla beat Rapparees.

On Sunday, the television action switches to TG4 for their usual double-header. Both games are Munster hurling semi-finals.

First up is the clash of Limerick champions Kilmallock and Cork winners Midleton at 1:15pm. Kilmallock defeated Patrickswell in Limerick final in late October, meaning they will have had a seven-week absence of competitive action by throw-in. Midleton beat Glen Rovers in the Cork decider last month.

The final game of the week sees Waterford's Ballygunner, who easily beat Ballyea in the Munster quarter-final, facing Tipperary champions Loughmore-Castleiney. This is the second leg of Loughmore's dual Munster campaign. They were knocked out of the provincial football championship by Éire Óg Inis at the weekend. Loughmore defeated Thurles Sarsfields in the Tipp hurling final last month following a replay.

Coverage of the game begins at 6pm.

Coverage of the games starts at 1pm. 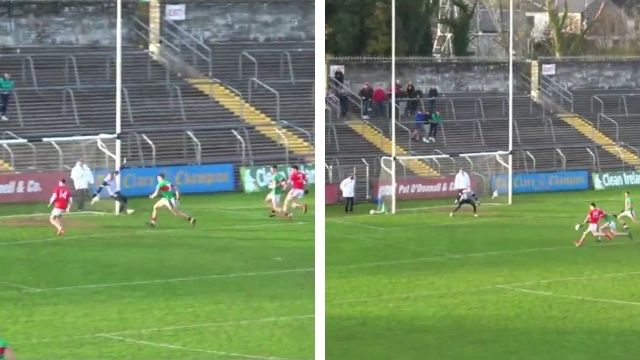 GAA
2 days ago
By PJ Browne
Slaughtneil Getting 'Closer And Closer' To Big Semi-Final Victory
GAA
2 days ago
By PJ Browne
Two Football And Two Hurling Games On TV This Weekend
GAA
3 days ago
By PJ Browne
'It Was Crazy, We Were Still Hurling With St Kieran's College At The Time'
Popular on Balls
Rugby
17 hours ago
By Colman Stanley
Jimmy O'Brien Announced His Arrival On The Biggest Stage This Afternoon
Basketball
13 hours ago
By Eoin Harrington
Kieran Donaghy And Tralee Warriors Claim National Basketball Cup Title In Tallaght
Football
1 day ago
By Gary Connaughton
Carragher Reveals Unhappy Instagram Message From Lionel Messi After MNF Comments
The Rewind
21 hours ago
By Gary Connaughton
Quiz: From Which Irish County Did This Company/Product Originate?