There are three club GAA finals live on television this weekend.

The action throws in at 5pm on Saturday evening with the meeting of Kilmacud Crokes and Naas in the Leinster senior football final. The game is being shown on RTÉ2.

Wishing the very best of luck to Naas in AIB Leinster Club SFC Final against Kilmacud Crokes this Saturday 8th January in Croke Park at 5pm.
This game is live on RTÉ.

All support is very much appreciated, see below link for tickets. https://t.co/lWE8jnZerk pic.twitter.com/e0r3z3N2Bw

On Sunday afternoon, the action switches to TG4 for their usual double-header. First up is the Connacht senior football final between Mayo champions Knockmore and Roscommon champions Padraig Pearses. That throws in at 1:30pm.

Knockmore defeated Tourlestrane in the semi-final while Padraig Pearses beat Seán O'Heslins Ballinamore in the quarter-final and Mountbellew-Moylough in the last four.

That is followed by the meeting of Waterford winners Ballygunner and Limerick champions Kilmallock in the Munster senior hurling final at 3:30pm.

Ballygunner beat Ballyea in the quarter-final and Loughmore-Castleiney in the semi-final while Kilmallock defeated Midleton in the last four.

Coverage begins on TG4 at 1pm. 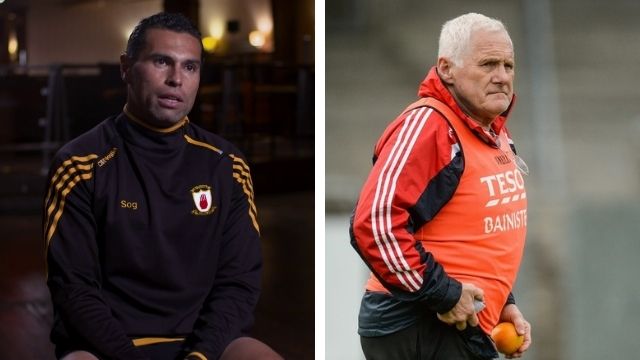