Having defended their All-Ireland title, making it four wins since 2011, Jim Gavin's Dublin confirmed their reputation as the greatest Dublin team in the GAA's history, and are worthy of discussion in conversations debating the finest of all time.

While their achievement is quite superb, there is a strain of thought among some GAA commentators that Dublin's current dominance is the natural result of the direction of investments in Games developments made by the GAA.

GAA investment in Dublin is the subject of an article by Irish journalist Ewan MacKenna, in today's Times Ireland Edition. He calls the GAA's investing in Games Development in Dublin is a case of 'financial doping':

He’s [Pauric Duffy] overseen the biggest case of doping in modern Irish sport. The financial doping that destroyed Leinster and is now destroying our greatest tournament.

By now we know the figures. Last year after a long and similar trend the GAA handed over €1,460,400 to the capital in a games development grant, more than any province combined with only one other county getting even six figures.

That is before the €1 million a year special grant given over via the taxpayer and the Irish Sports Council. That is before we get to the fact that their population not only means a player base that dwarfs all others, but it also means a market that allows its sponsorship to dwarf all others.

Subsequent to the publishing of this article, Shane Mangan has tweeted a number of fascinating graphics which put the Dublin investment in stark relation to the level of investment in other counties. 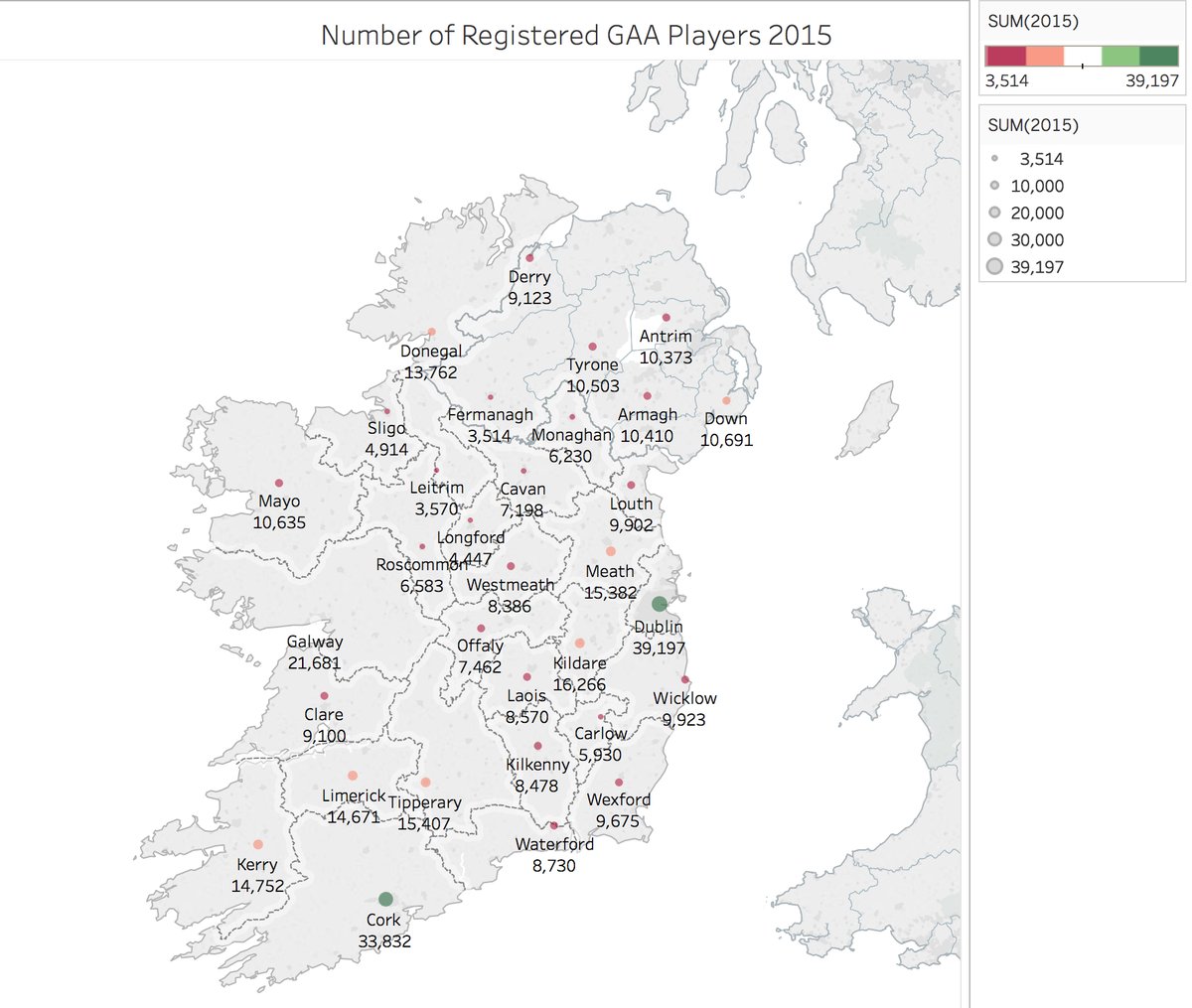 Next, here is the amount in € invested in Games Development per registered player:

Beaten All-Ireland finalists Mayo have received €22.30. Kery got €19 per player, while Donegal - the team Dublin beat in the quarter-final - pulled in €20.10 per player.

So how much do the champions owe the GAA  investment in Dublin for their current success, or are they merely an exceptional crop of players that will see a more competitive championship after they retire?

Hurling
1 day ago
By Luke Delaney
How To Watch Galway v Dublin In Leinster Clash
GAA
1 day ago
By Luke Delaney
How To Watch The Tailteann Cup In Cup's First Weekend
GAA
1 day ago
By PJ Browne
Kerry Star Annoyed By Lack Of Access To County's Centre Of Excellence
Popular on Balls
Football
6 hours ago
By Eoin Harrington
Juan Mata Questions Manchester United Management After Dire Season
Golf
2 days ago
By Gary Connaughton
Padraig Harrington Glad He Didn't Have To 'Make A Decision' On Saudi Golf League
Football
1 day ago
By Gary Connaughton
The Frank Lampard Love-In After Everton's Survival Was Downright Bizarre
GAA
2 days ago
By PJ Browne
'It Came At An Awkward Time. I Didn't Think It Would Be So Bad'