4 Of The Weirdest Media Disputes In The GAA's History

GAA teams falling out with the media is nothing new.

It seems that we are always only a matter of weeks away from some inter-county manager getting into a dispute with a media outlet.

It is a tradition as old as time itself. Here's four of the stranger examples of that dynamic at play.

Today, many bosses seem to take umbrage at the amount of GAA coverage. In 1938, however, the GAA had the opposite issue. Sean McCarthy (a Fianna Fáil TD from Cork and also a member of the GAA's Central Council) threatened to withhold advertisements from newspapers if they did not improve their coverage of Gaelic games.

The whole farrago petered out but not before the various newspapers saw fit to publicise the extent of their coverage, with the Irish Press claiming that their coverage was ten times what the Irish Independent's was at the time the former publication was founded.

As for The Irish Times (lack of) involvement in this squabble, Brendán O'hEithir writes wonderfully in Over The Bar:

The Irish Times, I noticed, kept its nose disdainfully distant from this vulgar Celtic squabble. By 1939 it had decided to publish photographs of the teams taking part in the All-Irelands and when Kilkenny met Cork in 1946, a small paragraph giving the result and attendance appeared for the first time.

Mayo vs The Late Late

The Late Late Show swaggered insolently into Irish homes in 1962, clutching modern ideas like open debate and sex under their arm as they did so. In its early years, The Late Late was accused of sowing moral entropy across the country, with the Mayo County Board inexplicably at the vanguard of the response.

In February 1966, Gaybo fronted a quiz segment asking questions of a husband and a wife of how well they remembered their wedding. The husband was asked if he could remember the colour of his wife's nightdress on the wedding night. He guffawed "translucent" in response. The same question was asked of his wife, and she responded that she wasn't wearing a nightdress at all.

Cue hysteria. The Bishop of Clonfert responded by saying that he was disgusted by a disgraceful show, and among the others to denounce the show was the Mayo County Board, declaiming it as a "dirty programme that should be abolished altogether".

It proved to be another Mayo defeat.

While top-level managers are increasingly renowned for banning individual journalists, this decade witnessed the opposite issue. After the retirement of Micheal O Muircheartaigh, Marty Morrissey got the nod ahead of Brian Carthy for the role as RTE's GAA correspondent.

A number of GAA managers were irked at RTE's treatment of Carthy, with Mickey Harte, Justin McNulty, and Kieran McGeeney all refusing to speak to RTE over the incident. Later, a letter expressing discontent at the perceived mistreatment of Carthy made its way to Noel Curran at the top of RTE, and was signed by Harte, McNulty, McGeeney along with Brian Cody, Conor Counihan, Mickey Moran, Glenn Ryan and Kevin Walsh.

The letter perhaps pointedly reminded RTE that they "should remember how good the GAA managers" have been to the broadcaster up to then. The leaking of this letter, along with a deeply distasteful sketch aired on RTE Radio in relation to the death of Harte's daughter, Michaela has led to a stand-off between RTE and the Tyrone manager that is still in effect today.

Paul Grimley vs The World

Versions of a ParadeGate have plagued Northern Ireland, but in 2014, that term found a use in the mush less-serious realm of the GAA. Then-Armagh boss Paul Grimley instigated a boycott of all media in response to coverage of a pre-game scuffle between Armagh and Cavan ahead of their Ulster championship game.

The seeds of affront were sowed before that, however, as Grimley objected to the fact that his assistant Peter McDonnell spent two-and-a-half hours at the launch of the Ulster Championship without anyone approaching him for an interview. "Look if no-one cares about what we have to say then we won’t be saying anything to anybody" said Grimley later that year, in the siege mentality-free days of winter. 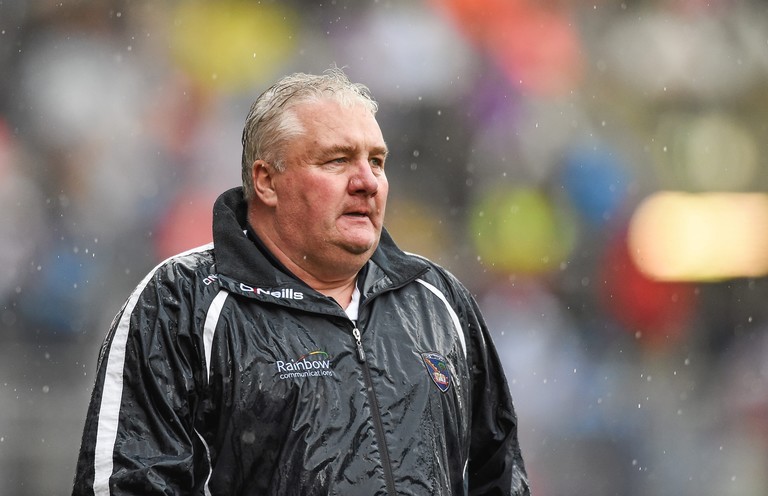 Grimley then took umbrage at the reporting of the ruckus during the parade ahead of the Cavan/Armagh clash. After the game, five players were handed one-match bans, three of whom were from Armagh. Grimley was incensed at what he believed was an orchestrated media campaign to influence the decisions pertaining to suspensions.

We only have to look back at the hysterical reporting after the Cavan game, which was laughable. The media did, in my opinion, influence Liam O’Neill and Páraic Duffy and the Central Competitions Control Committee and put pressure on them and they reacted as they normally do. We were standing in an orderly fashion behind the band and we were attacked.

Some of the reports afterwards were saying children had to run for cover and that we targeted players on the Cavan team, and that people were verbally abused and this sort of thing. It got very out of hand.

He also objected to what he interpreted as a report intended to seed division between him and his assistant Kieran McGeeney. Grimley was over-reacting, and if there is one way to ensure a co-ordinated series of negative media reports, it is to shut the media out altogether.

See Also: Mícheál Ó Muircheartaigh Has Won The Only All-Star Of 2020 And People Loved It