8 Live Football And Hurling Games Available To Watch This Weekend

There are eight live GAA and ladies football games available to watch this weekend.

The action throws in on Saturday afternoon at 3pm with the meeting of Donegal and Cork in the division one semi-finals of the Lidl National League live on TG4. At the same time, on eir Sport, Clare and Kilkenny meet in the final round of the Allianz Hurling League.

The second division one ladies football semi-final of the weekend, Dublin vs Mayo, will be broadcast live on the Sport TG4 YouTube channel at 5pm.

On Saturday evening, TG4 has coverage of both Allianz Football League division one semi-finals with Kerry playing Tyrone at 5pm and Donegal facing Dublin at 7:15pm.

The Sunday action throws in at 1:45pm with the meeting of Clare and Mayo in their Football League division two semi-final and the meeting of Cork and Galway in the hurling league. The latter will be shown live on the TG4 player and app with deferred coverage on TV later in the evening.

The last live game of the weekend see Monaghan face Galway in their division one relegation playoff live on TG4 at 3:45pm.

See Also: There Is A Big Problem At The Heart Of All The Hurling Complaints 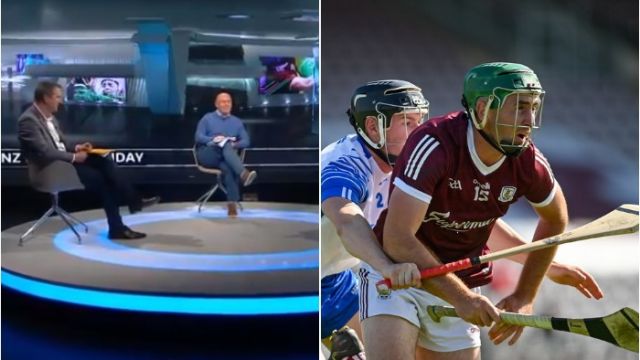