GAA On TV: Six Live Football And Hurling Games To Watch This Weekend

There are six live GAA games available to watch live on television this weekend.

The action throws in on Friday evening with the meeting of Down and Monaghan in the Eirgrid Ulster U20 Football Championship final live on TG4 at 7:30pm.

Saturday's fare starts in the early afternoon when Tipperary and Waterford meet in a mouthwatering All-Ireland quarter-final live on RTÉ at 1:30pm. That is followed at 4pm by the Ulster football final meeting of Monaghan and Tyrone. The is live on both RTÉ and BBC.

At 5:15pm on Saturday, live on TG4, there is the Eirgrid All-Ireland U20 Football Championship semi-final betweek Cork and Offaly. The evening is rounded out by Dublin vs Cork, live on Sky Sports, in the weekend's other All-Ireland Hurling Championship quarter-final.

There is just one game on TV this Sunday, and that is the Leinster Football Championship quarter-final between Dublin and Kildare.

There are also games available to live stream this weekend through the TG4 and Camogie Association YouTube channels, and the Ladies Football website.

Eirgrid Ulster U20 Football Championship final: Down vs Monaghan @ 7:30pm live on TG4 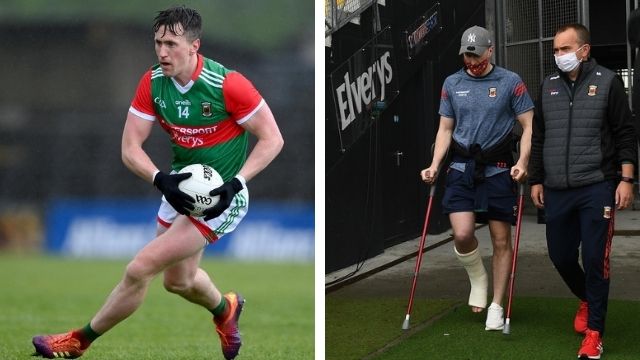 GAA
1 day ago
By PJ Browne
TG4 To Show Mayo SFC And Tipp SHC Action This Weekend
GAA
2 days ago
By PJ Browne
John Meyler Explains What Keeps Him Coming Back To Kilmoyley
GAA
3 days ago
By PJ Browne
20 Years After Last Wexford Hurling Final, Rapps' Mossy Mahon Gets The Win
Popular on Balls
Gaming
8 hours ago
By Andrew Dempsey
Here Is Ireland's Best Starting XI According To FIFA 22's Player Ratings