In Pictures: The New Normal Of Club GAA Life Amid Covid-19

This weekend brought the return of the AIB Club GAA Championships around Ireland following its Covid-19 enforced break.

Though the games are the same, not everything is as it usually was.

Until next month, with the government pausing entry to phase four of the Covid-19 roadmap, only 200 people will be allowed to attend matches. That has meant fans seeking whatever vantage point they can get if they cannot get into grounds.

Dressing rooms are currently not open meaning players get togged out before arriving at the ground or do so in their car or the stand. The physio room is also now in the open air.

Sportsfile photographers have been at numerous games around the land this weekend to capture what is the new normal.

The physio room is in the open air 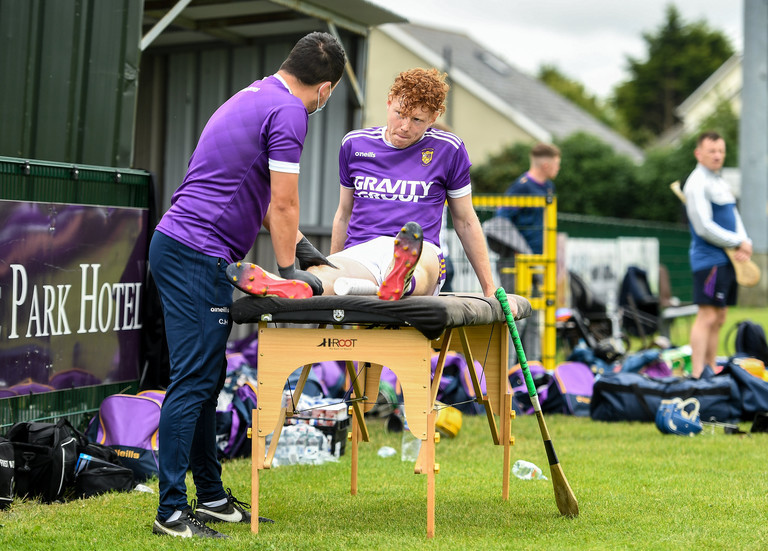 Dean Welsh of Faythe Harriers recieves physio from Craig Hore ahead of the Wexford County Senior Hurling Championship Group B Round 1 match between Ferns St Aidan's and Faythe Harriers at Bellefield in Enniscorthy. Photo by Eóin Noonan/Sportsfile 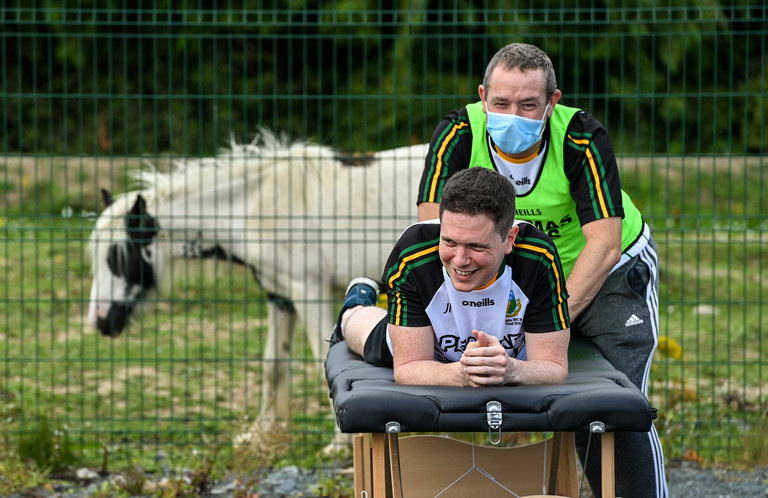 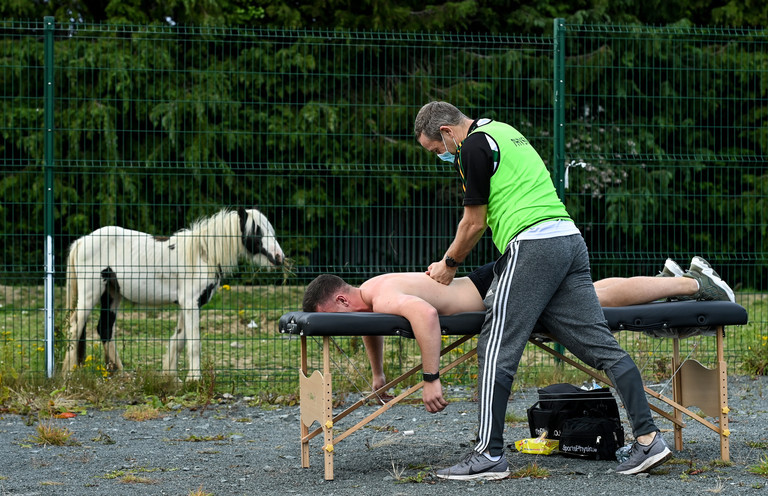 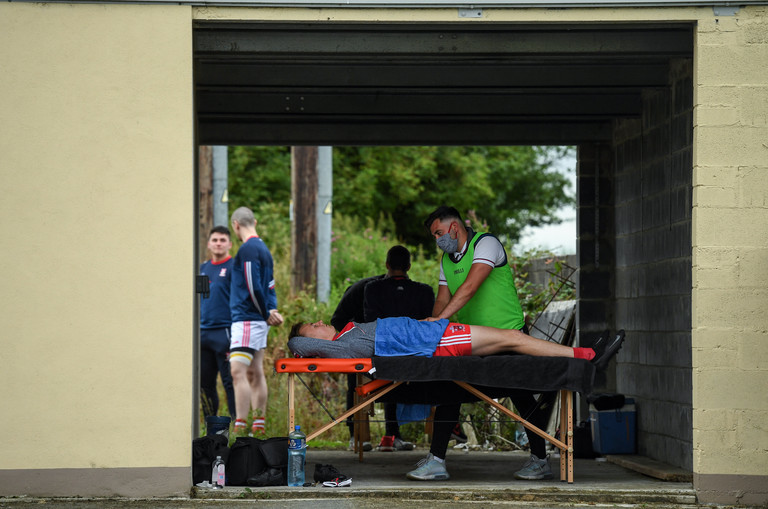 Tinahely physiotherapist Will O'Neill, with player Eoghan Byrne before the Wicklow County Senior Football Championship Round 1 match against and Kiltegan at Baltinglass GAA Club. Photo by Matt Browne/Sportsfile

The car and the stand are the new changing rooms 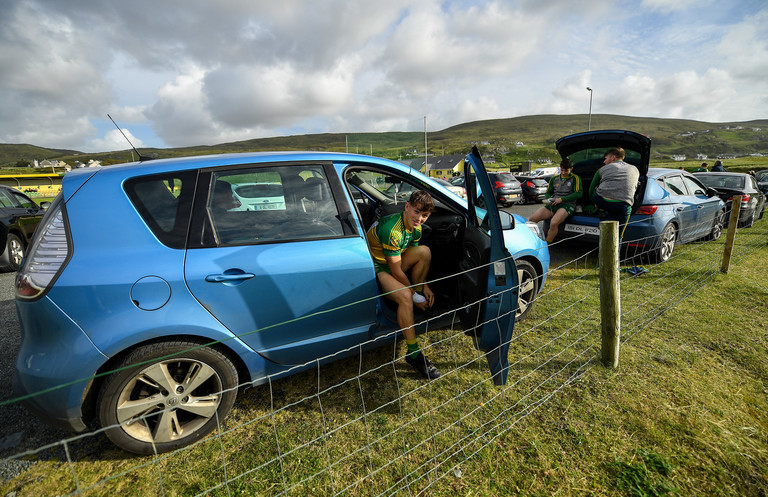 Matthew Sweeney of Ardara puts on his boots in his car prior to the Donegal County Divisional League Division 1 Section B match against Naomh Columba at Páirc na nGael in Glencolumbkille, Donegal. Photo by Seb Daly/Sportsfile 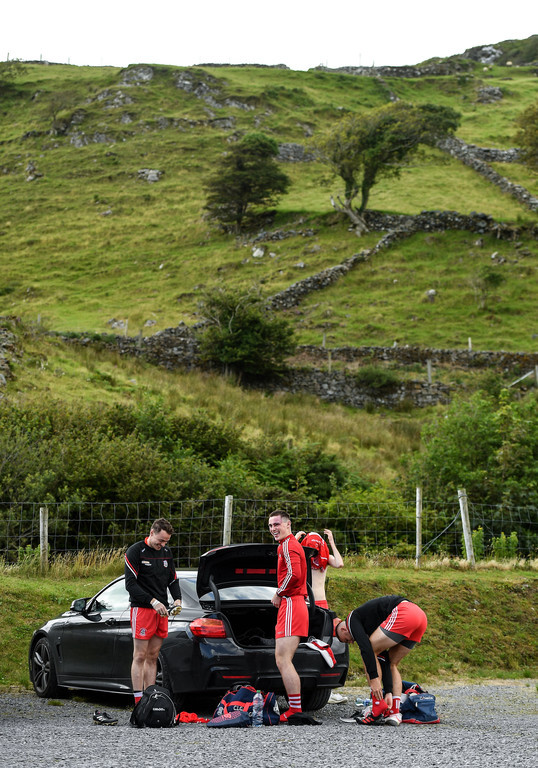 Killybegs players change into their kit next to their car prior to the Donegal County Divisional League Division 1 Section B match against at Towney Park. Photo by Seb Daly/Sportsfile 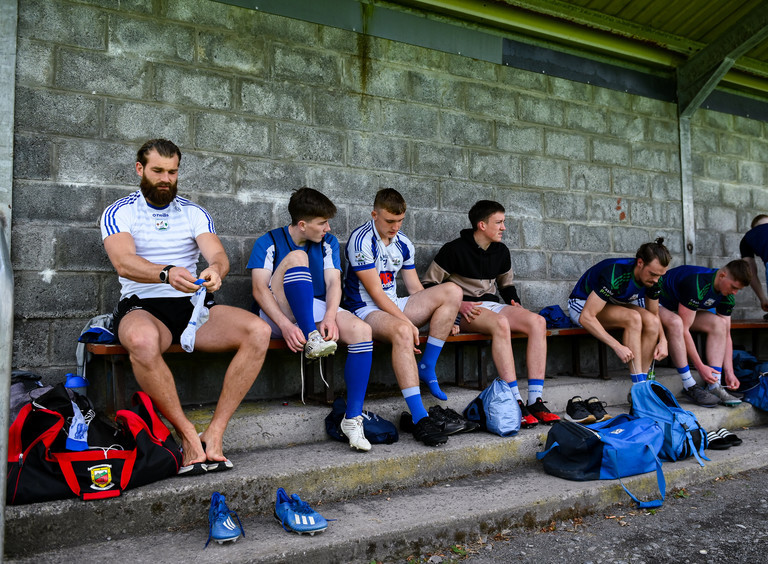 Aidan O'Shea and his Breaffy team-mates prepare ahead of the Michael Walsh Secondary Senior Football League match between Breaffy and Garrymore at Breaffy GAA Club in Mayo. Photo by Stephen McCarthy/Sportsfile

With only 200 allowed into grounds, people are watching from wherever they can 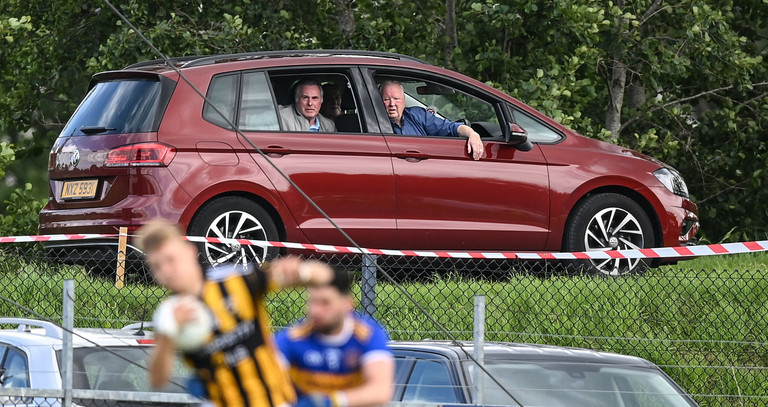 Supporters watch on from their car outside the ground during the Armagh County Senior Football League Group A Round 1 match between Maghery Sean McDermotts and Crossmaglen Rangers at Felix Hamill Park in Maghery, Armagh. Photo by Stephen McCarthy/Sportsfile 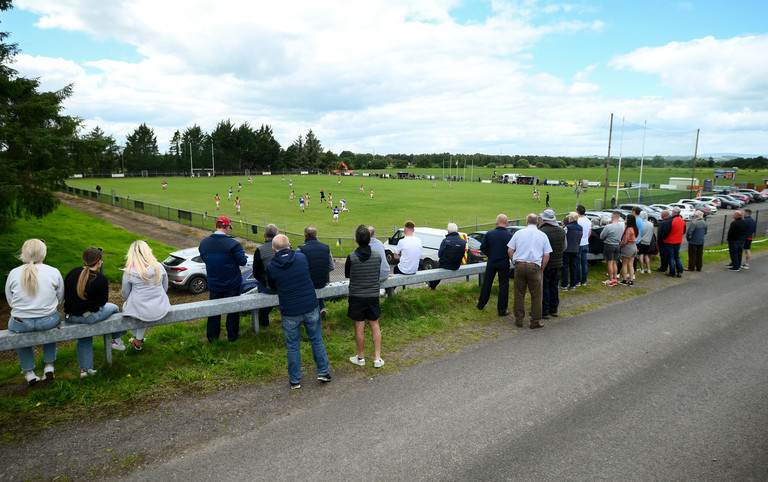 Supporters watch on from outside the ground during Maghery Sean McDermotts vs Crossmaglen Rangers. Photo by Stephen McCarthy/Sportsfile 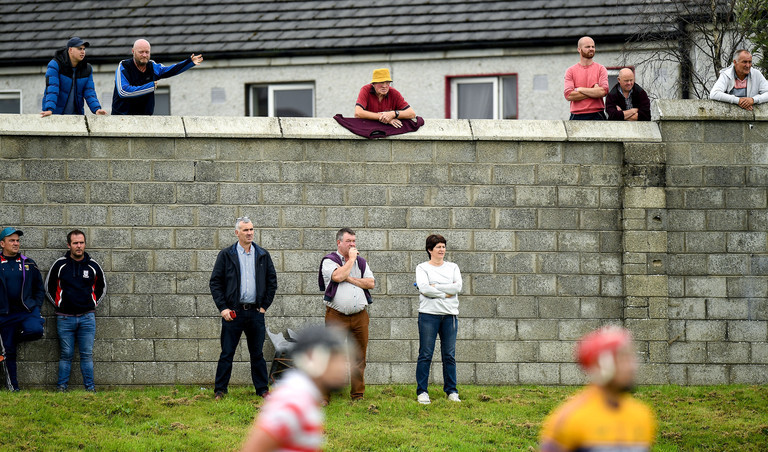 Supporters watch on during the Wexford County Senior Hurling Championship Group B Round 1 match between Ferns St Aidan's and Faythe Harriers at Bellefield in Enniscorthy, Wexford. Photo by Eóin Noonan/Sportsfile 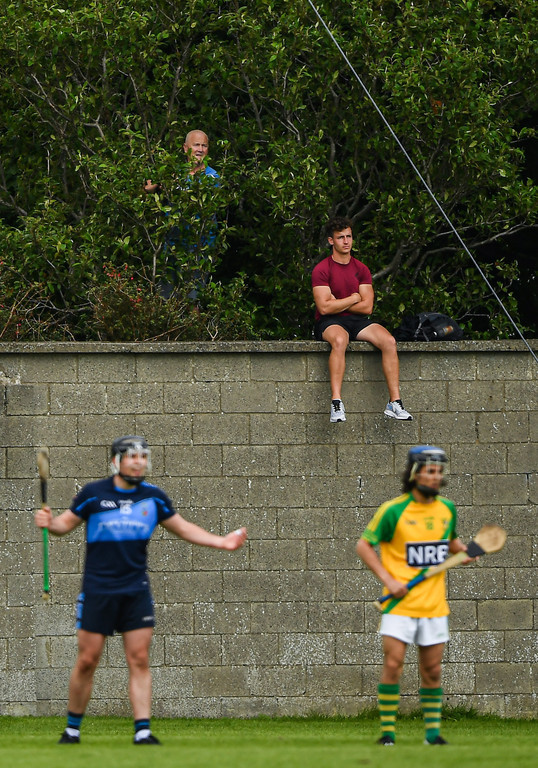 Spectators look on during the Dublin County Senior Hurling Championship Group 3 Round 1 match between Faughs and St Jude's at O'Toole Park in Dublin. Photo by David Fitzgerald/Sportsfile

@OfficialDownGAA Loughlinisland supporter enjoying the @LislandGac v @BurrenGAA game from the advantage point of a chair on top of his roadside van.
Fair play! pic.twitter.com/vMuV3wCP3B 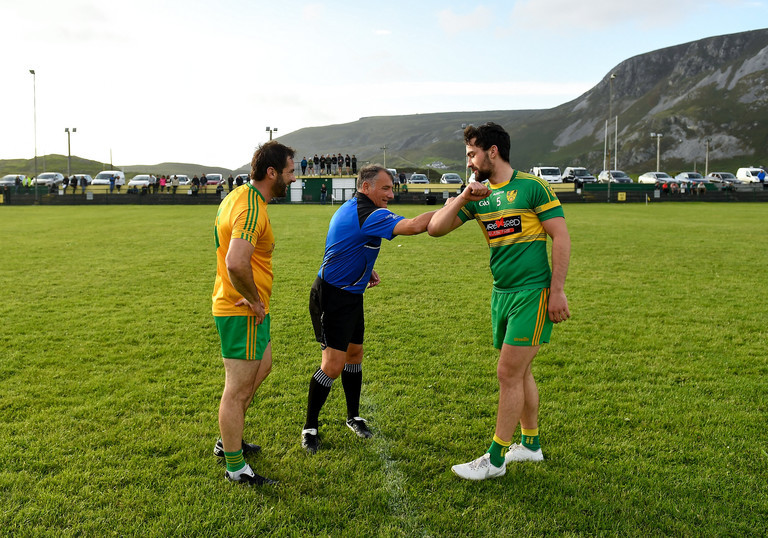 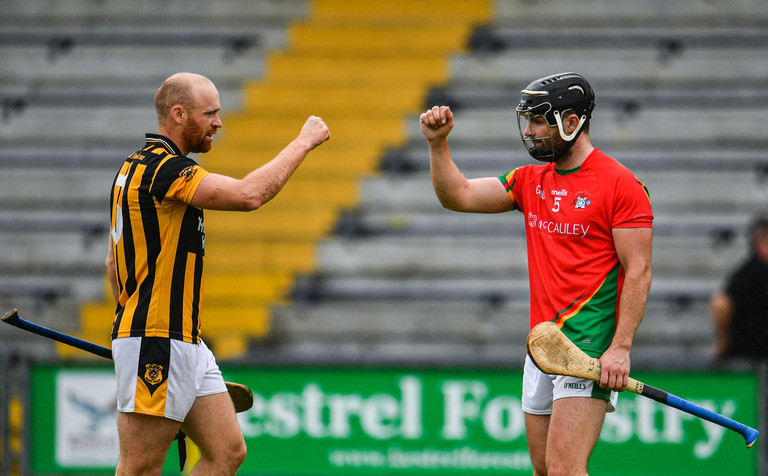 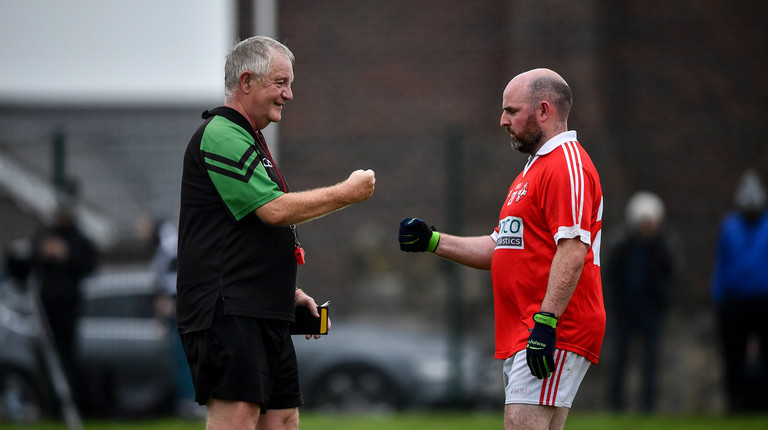 Referee Gregory McCartan and Brian Morgan of St Michael's following the 2020 Down GAA ACFL Division 4B match between St Michael's and East Belfast at St Michael's GAA Ground in Magheralin, Down. Photo by David Fitzgerald/Sportsfile 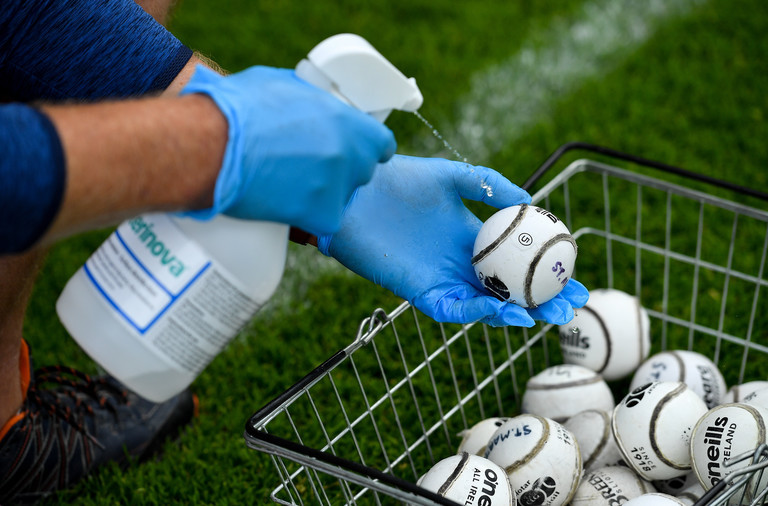 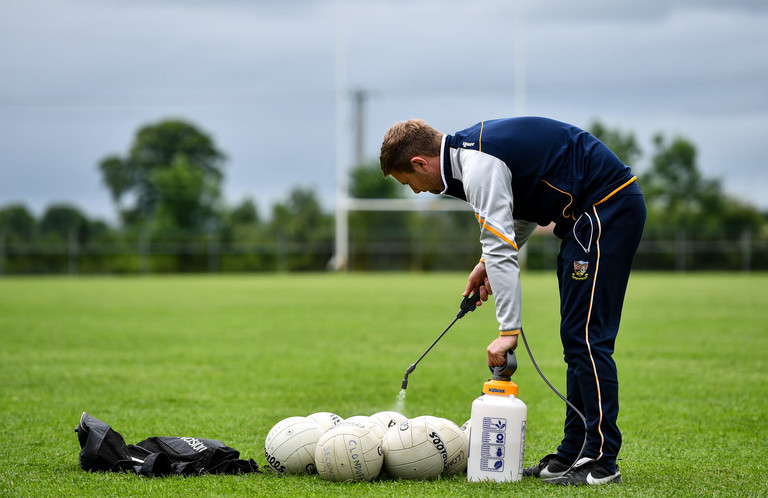 Clonduff kitman Anthony Morgan sanitises footballs ahead of the Down County Senior Football League Division 1A match between Clonduff and Kilcoo at Clonduff Park in Newry, Down. Photo by Sam Barnes/Sportsfile

In Pictures: Kilcar's GAA Pitch Is An Absolute Beaut