Today could have been a historic day in the GAA.

For too long, conversations in the sport have been dominated by the need for real reform to the championship structures. It is clear the current format is not working, with too many meaningless and one sided games and weaker counties exiting the championship at the start of the summer every year.

There was finally a chance to change that this afternoon, but the delegates decided against bringing in 'Proposal B', a format which would have linked league and championship, giving teams the opportunity to compete at their own level.

Despite the players being heavily in favour of the proposal, it will not be happening. For now, hammerings at the provincial level every summer will live on.

The reaction to the news has been exactly as you would have expected. The most dominant narrative is that the GAA continue to trail behind the times, remaining resistant to change and unconcerned about what the players actually want.

Ugh. Another few years of the crock of shit provincial systems. They’re a dead duck, only prolonging the inevitable and wasting time that be used to tweak things to what we need. https://t.co/diqzzq8exF

Can't believe Proposal B didn't get voted in. If you're from Leitrim or Wicklow or Sligo etc. What motivation do you have at all to play for your county? Ridiculous. #gaacongress #GAA

Proposal B would have easily crossed the line if the players had a vote. It should be a priority going forward to give players a say in what rule changes happen. They are they ones giving it everything, training 6-7 nights a week to provide this great entertainment. #gaa

Any Lads looking for a club in Sydney give me a Shout. 🟢🟡 https://t.co/v6mnMiEOxz

Some intercounty players have every right to be pissed off with recent events. Views dismissed by one provincial sec because 'in two years they won't be there.' Spent weeks campaigning only for their county to send delegates with no mandate

Ignored and unappreciated by too many

Very gutting that Proposal B has failed. It would've been a step in the right direction to move to a league-based system. Provincials are outdated but keeping the link remains a necessity for Ulster. Optimistic that this has mobilised support for the future. #gaacongress

Proposal B was v flawed, but it was better than what’s there. And the crucial thing was the players wanted it. GAA officials showed again today that they don’t really give a toss about the players.

Proposal B would have easily crossed the line if the players had a vote. It should be a priority going forward to give players a say in what rule changes happen. They are they ones giving it everything, training 6-7 nights a week to provide this great entertainment. #gaa

Just when you thought the GAA couldn't disappoint or let you down anymore. Same old craw-thumping dinosaurs holding the game back #ProposalB

There is a real appetite for change amongst the GAA public, but those with voting rights in the association itself seems completely resistant to any such moves.

Proposal 'B' had its flaws, but one could have hoped any issues could be ironed out in the years ahead. Instead of trialling a system that may not work, we are sticking with one that we know for certain doesn't.

That sums up the madness of this decision.

SEE ALSO: Davy Fitzgerald Clears Up Just How Close He Was To Getting The Galway Job 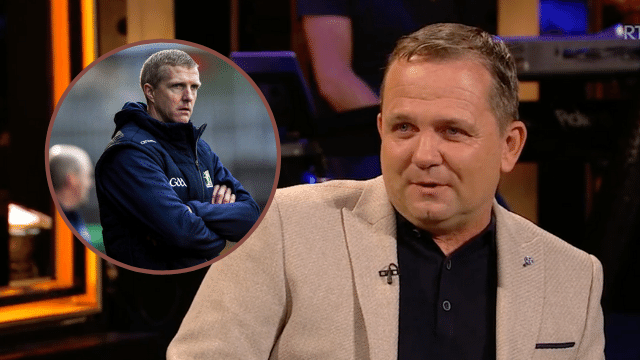