In theory, it was drastic change. In reality, it had a moderate effect. Meath swept aside Laois 3-11 to 0-6 for their first victory of the Bord na Mona O'Byrne Cup on a soaking Saturday night at O'Moore Park, in what was also a first look at the new experimental rule changes in action.

The experiment's debut was a relative vindication for the GAA's Standing Committee's suggestions. No doubt further trials are required before the game adopt the rules wholeheartedly. But those concerned about a glaring gap between theory and practice now know that the changes can work productively.

Gaelic football has always been a battle between ideals and pragmatism, with this contest a decent representation of that. Andy McEntee's Meath were still able to play with a predominately defensive system, but the transition from defence to attack was significantly swifter as players opted to kick forward when reaching the third handpass.

Obviously, there is an option to kick backwards but by in large players did not avail of it. 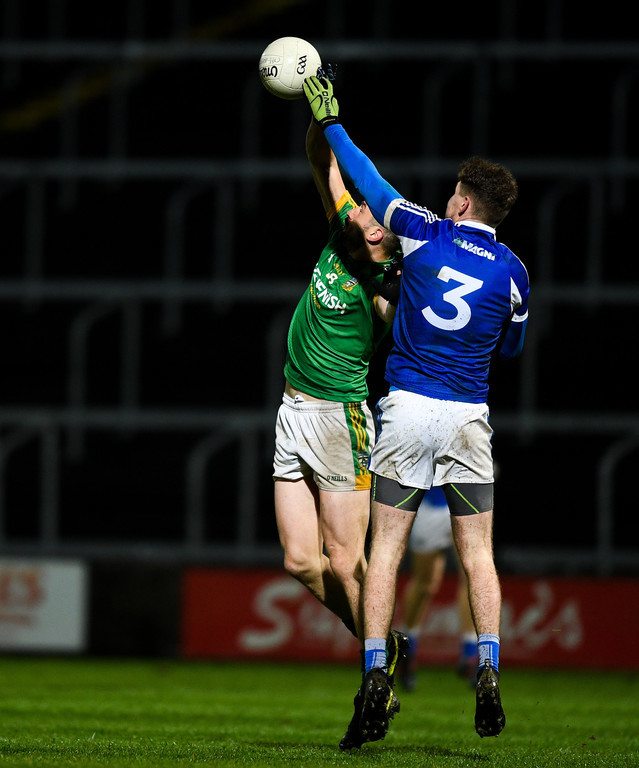 Laois were punished for their naivety more than their ability. John Sugrue's side went man-on-man, a tactic previously well served against defensive systems. But now that the transition is quicker and Sugrue's side found themselves exposed. They tactically adjusted later in the second-half with Damien O'Connor holding the centre but the damage was done.

Of the five approved rules for experimentation, there were no sin bin or advanced mark, although a defender did turn down the opportunity in the second half. Side-lines went forwards without issue and there were five frees for four handpasses.

A bedding-in process is clearly to be expected. Laois were pulled twice early in the game for too many handpasses and their management responded by loudly counting each pass as a reminder. Players, officials and coaches are still getting up to speed and that should be taken into consideration when evaluating anything.

One predictable consequence is a substantial increase in the number of short kick passes. Crossfield balls to unmarked team-mates usually delivered by the hand were instead steered by the boot. The lateral movement that that has hindered the game did not dissipate but it was fast-tracked.

Conditions conspired to hinder the skills that the new rules were supposed to promote, but elsewhere there was a sin bin in Newtownforbes for Longford's Peter Hanley while at the Darver Centre of Excellence, Louth's Ryan Burns kicked a score as a result of an advanced mark.

One crucial factor in the events that unfolded in O'Moore Park was the attacking intent of both sides. There were turnovers aplenty and who is to say on a more competitive day Laois would not be more patient with the ball, and move it sideways and backwards? Or simply mirror Meath's reserved formation and ensure they were not caught on the break? 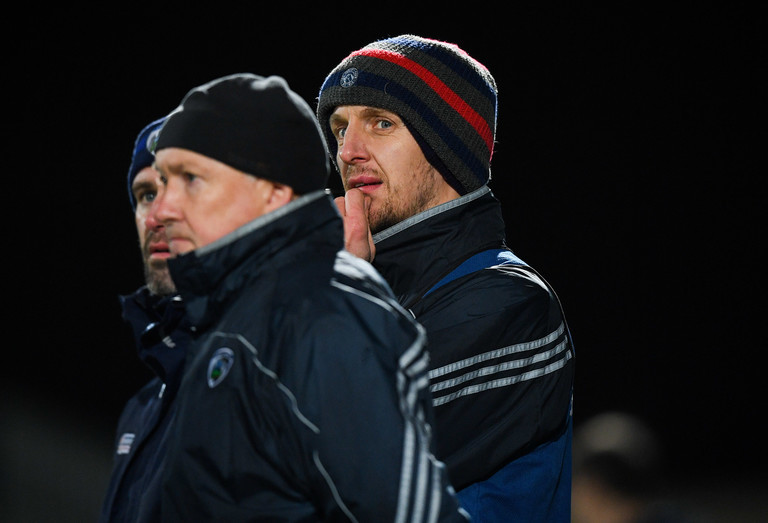 This is the crucial factor that no rule will address. You can shoehorn the horse into a straightjacket and march him to water, but you can't make him drink. Malachy Clerkin of the Irish Times recently described how one coach involved in a college trial suggested teams will soon strategically kick to touch, safe in the knowledge they can press that area of the field as the opposition must kick forward.

There is still scope for the rules to be unsuccessful because no rule will address this failing. We always want to change the world but never want to change ourselves. The doomsday forecasters will always point out the worst-case scenario because recent history suggests someone will avail of that.

On Saturday night's showing, the rules could lead to a huge increase in turnovers and notably quicken up the game. These were two grave areas of concern that prompted this process in the first place. Yet they can only do so much, you can gift someone sculpting clay but they'll still make a wall if they want to. When that happens, it shouldn't be the rules that are to blame.

GAA
1 month ago
By Balls Team
Community, Oppression, And Drive To Succeed: What Makes Ulster Football So Special
5

GAA
3 weeks ago
By Balls Team
The 10 Greatest Sagas In GAA History
GAA
1 month ago
By Balls Team
Community, Oppression, And Drive To Succeed: What Makes Ulster Football So Special
GAA
2 months ago
By Maurice Brosnan
Inside The Most Dramatic Declines In Irish Sport
Popular on Balls
The Rewind
18 hours ago
By Gary Connaughton
Report: Leo Varadkar Will Return To Medicine Practice To Help During COVID-19 Pandemic
8