There are things that people in Leinster GAA "feel strongly about."

And one of the things they "feel strongly about" is not having to go to Galway for a hurling match.

This is evidently a red line issue for the Leinster counties, a core principle. Truly, men have fought and died for less.

Yet again, this thing called democracy is apparently to blame for the refusal to offer Galway a home match in the Leinster championship.

Horan has been put in an invidious position by the Leinster GAA demos in recent years.

At the beginning of 2015, he had to go on Newstalk and explain why Dublin would continue to play every championship match in Dublin. It was a tough proposition to have to defend and his appearance on the radio did not go well. 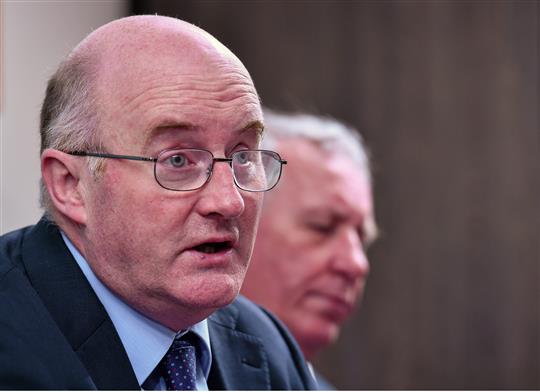 Now, they have forced to poor man to defend the refusal to allow Galway a home match in the Leinster championship. Gamely, he was determined to remind the world that Galway get money for their trouble. They get a €20,000 top-up, along with their expenses, he said.

That's how people in Leinster feel. They are doing their bit, just the body of the meeting says no and it's a democracy and they feel strongly about it.

Galway do get financial recompense over and above everybody else in Leinster for the fact they are in the championship, so they do get a grant every year as they don't get a home game in Galway.

There is consideration given to them. It's not just a case that we are not going to Galway, and there you are. They have been looked after. They got €20,000 per year for the last couple of years, which other Leinster counties wouldn't have.

They get their travel expenses as well. There is a 20 grand top-up, they've been given. That is the story that is not told.

Alas, as we shall see, the explaining away of blatant unfairness by the Leinster Council hasn't become any more sophisticated.

As Ciaran Murphy detailed in his Irish Times column today, Horan argues that the problem is not with Galway necessarily but the location of the pitch in Galway.

If the Duggan Park had been upgraded rather than the ground in Salthill then this might never have been an issue. Not only that but Horan sounds nearly exasperated that the Galway county board haven't brought Ballinasloe up to inter-county standard.

I think if Galway had Ballinasloe in shape. I think part of it is going as far as Salthill is partially the problem, it’s just the distance. You are going nearly the width of Galway to it. We have discussed that every year and there is no change.

This argument would hold more water had places like Tralee and Ballycastle (in the North of Antrim) not hosted Leinster hurling championship games in the past. 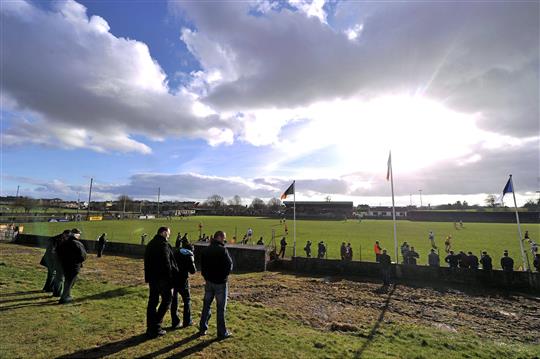 It was fitting that both Dublin and Galway were discussed. The Galway hurling supporters have roughly the opposite problem to Dublin football supporters.

Dublin football supporters yearn for a road trip and yet the GAA are very reluctant for them to leave Jones's Road. Galway hurling supporters, meanwhile, are practically on their knees at this point, begging for at least one home game. Just for the sake of novelty even.

In the last half-century, excluding a few no-win games against second tier sides, Galway have played a grand total of two matches at home in the championship.

For those interested, those were against Tipperary in 2003 (a one-point loss) and Clare in 2011 (a 17 point win). Both were relatively early summer qualifiers.

The county has already threatened to pull out of Leinster over this issue. This, of course, would force a re-design of the championship structure and probably cause a huge headache for the central authorities.

Faced with this, central council might have to assert their will and force the Leinster counties to do a deal with Galway as regards home and away fixtures.

Read more: 9 Clubs Teams You'll Find In Nearly Every County In The Country

GAA
3 weeks ago
By Declan Rooney
'It’s Terribly Sad What’s Going On In Mayo. There Are A Lot Of Power Battles'
5

GAA
1 month ago
By Michael McCarthy
Watch "Live": Galway Vs Waterford In The 2017 All-Ireland Hurling Final
1

GAA
3 weeks ago
By Declan Rooney
'It’s Terribly Sad What’s Going On In Mayo. There Are A Lot Of Power Battles'
GAA
1 month ago
By Michael McCarthy
Watch "Live": Galway Vs Waterford In The 2017 All-Ireland Hurling Final
GAA
1 month ago
By PJ Browne
Quiz: Name The Kerry 2000 All-Ireland-Winning Team
Popular on Balls
The Rewind
11 hours ago
By Balls Team
Luke 'Ming' Flanagan Does European Parliament Video Call In His Jocks
2

The Rewind
18 hours ago
By Michael McCarthy
Joe Exotic Will Be Delighted - Carole Baskin Has Been Awarded His Zoo!
19