Galway Live Up To Pre-Match Billing Despite Spirited Kilkenny Challenge

A little less than a year after Galway's hurlers brought both senior and minor titles home on a splendid day for the county in Croke Park, the disappointment surrounding yesterday's thwarted attempts at retaining the Liam MacCarthy were softened by the county's minors, who matched the feat of their fellow countymen in 2004 and 2005 to repeat as Electric Ireland GAA Minor Hurling Champions.

Despite Jeffrey Lynskey's young Tribesmen trailing a promising Kilkenny outfit with 25 minutes to go, Galway would emerge from the Electric Ireland GAA Minor Hurling Final with a 7-point winning margin. It speaks volumes about the quality of this team that they finished the championship season undefeated.

Dismayed by the disservice this final score did to his team's efforts on the day, even Kilkenny's manager Richie Mulrooney felt the need to stress that this was a special team they had found themselves up against. "They were as good a minor team as I've seen, and I know our minor team was a really good team," he said.

As Galway claim their 4th All-Ireland title at this level since the decade began, there will be many hoping that the transition from minor to senior can come sooner rather than later. 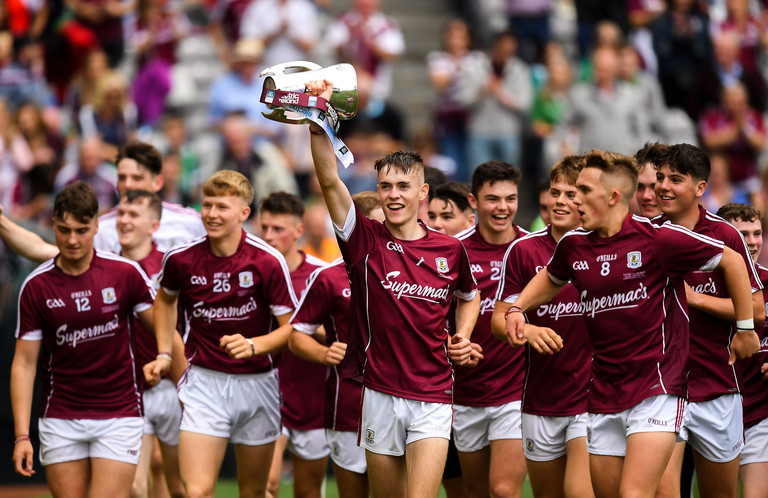 In a weekend of inspirational performances from the country's best young hurlers, three players especially stood out from this weekend's All-Ireland minor final. Visit the Electric Ireland Facebook page to vote in the final Minor Hurler of the Week poll of the season. 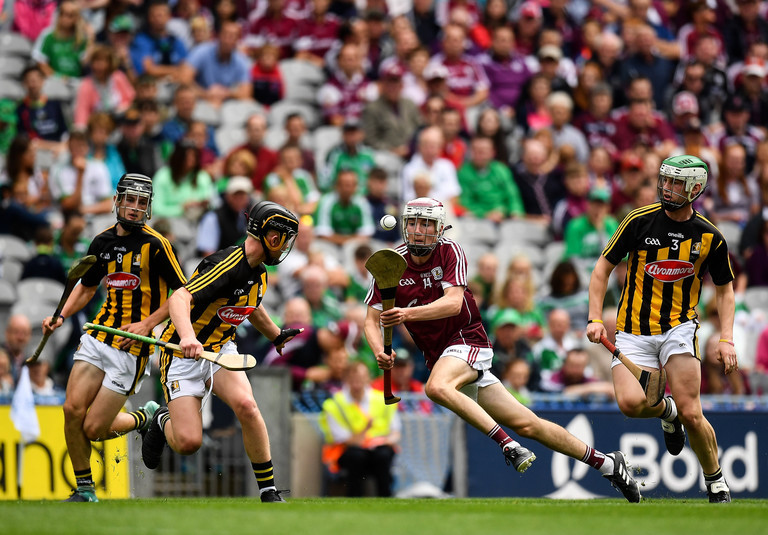 The son of former Tipperary hurler and manager Eamon O'Shea, Donal O'Shea mirrored the achievements of his father 42-years earlier in winning the Irish Press Cup yesterday evening. Wearing the maroon of Galway, the full-forward was instrumental in helping the young Tribesmen to retain their Electric Ireland GAA Minor Hurling Championship.

Playing the role Conor Molloy expertly carried out in last year's final triumph, O'Shea was ruthlessly effective from dead-ball opportunities. With 0-8 of his 0-10 coming from six frees, one '65 and a pointed penalty that got Galway off the mark after a sluggish start, O'Shea's scores kept his side ticking over when Kilkenny looked to set the initial pace of the game.

Donal O'Shea what a hurler

In a refreshingly traditional 15 vs 15 kind of game, O'Shea's relentless running and harrowing of opponents proved crucial as Galway were forced to fight for everything they got. Having scored a combined 1-15 in Galway's quarter-final defeats of Limerick and Kilkenny, O'Shea's year has got progressively better, and he certainly will be a player Micheál Donoghue is likely to keep a close eye on as he progresses through the age grades. 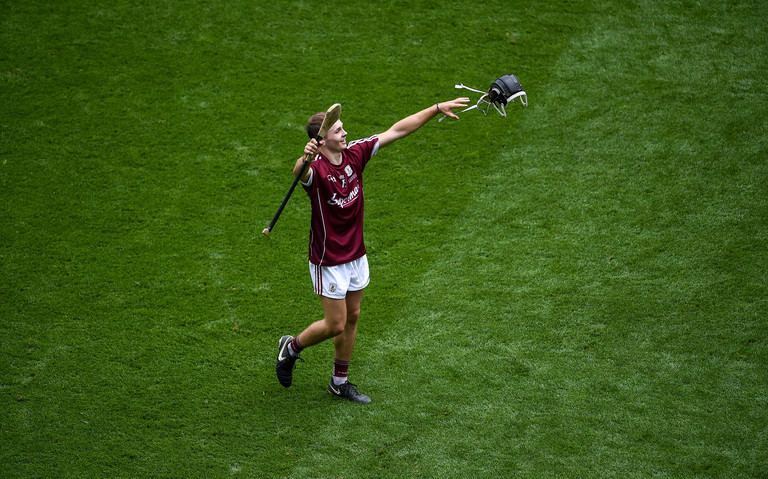 After Kilkenny's sprightly start to yesterday's match, much was asked of Galway's resilience. Having moved through the quarter and semi-final stages with relative ease, this was the first real test of Jeffrey Lynskey's side.

Thanks to the likes of Dean Reilly, it was a test they passed with flying colours. Chipping in 0-3 of Galway's 0-21, Reilly's tally may not seem prolific, yet, after Donal O'Shea and his 0-10 the Pádraig Pearses man was the Tribesmen's most reliable source of scores.

When Galway did manage to stem Kilkenny's best efforts at causing a final upset, Reilly was among the flurry of late scorers who helped his side run out convincing winners in the end.

In another wonderful year for Galway's young hurlers, Reilly is further evidence that the county remains among the country's best at producing threatening forwards. 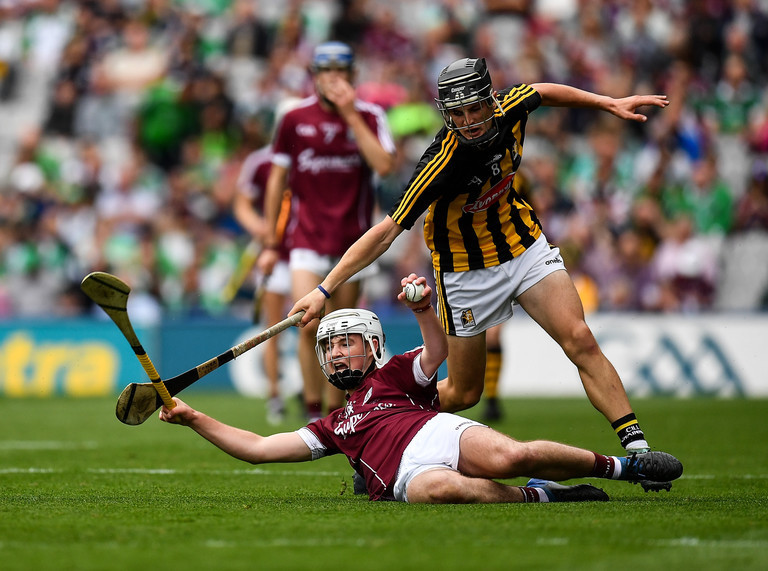 Kilkenny's main man on a day that the county will hopefully learn from, Conor Kelly's 0-7 in yesterday's All-Ireland final defeat to Galway will be scant consolation for what will go down as a lost opportunity.

Taking on the reigning minor champions, few would have expected Kilkenny to win the showcase event of the Electric Ireland GAA Minor Hurling Championship. Yet, striving to dictate the tempo of the game from the outset, Kelly's reliance from his dead-ball opportunities helped solidify their early lead.

Leading Galway at the half-way mark, Kelly and his midfield partner Cian Kenny contributed two more points at the beginning of the second-half before Kilkenny's hold on the game slipped.

Although he remained a reliant source of scores when called upon, Kelly & co were on the back-foot throughout a chastening second-half experience. Having proved his worth throughout Kilkenny's run to this final spot, Conor Kelly was an unfortunate casualty of Galway's incessant progress. Kelly finished the season with incredible tally of 2-78. It surely won't be long until we see him in Croke Park again.