by Declan Rooney at the LIT Gaelic Grounds

Galway manager Tim Rabbitt lauded his side’s aggressive drive towards the TG4 Connacht SFC title for the third year in a row as they claimed the honours in the provincial final replay in Limerick by a scoreline of 3-7 to 0-9.

In front of a huge crowd that came in early ahead of the meeting of the men’s teams at the same venue, Tracey Leonard controlled affairs for Galway with a brilliant performance at centre-forward and she contributed a goal in each half, while Megan Glynn also hit the net for the dominant Corribsiders.

Despite being second best in most areas of the field, Mayo closed to within two points early in the second-half, but Leonard’s second goal ended the contest 18 minutes from time. 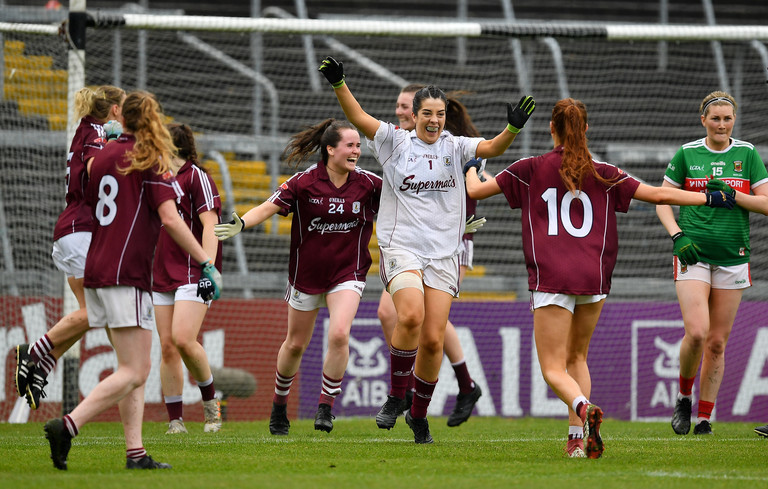 “We were 100 per cent better than the drawn game. We are by far not the finished article yet but we are way better this week. We are up to the pitch of the battle,” said Rabbitt, whose side now face Kerry and Westmeath in the All-Ireland stages.

Physically, aggressively, we were way stronger and faster in our thinking. Our skills were better today. We have loads of work to do. But there was just a way better attitude about us today.

We weren’t taking Mayo for granted the first day. That is just championship football. They were probably waiting for us in the long grass a little bit as well. They were really good today and they will have a big part to play in the All-Ireland series as well.

Despite failing to hit the heights of the drawn math, Mayo were still well in this game until the final quarter. With Sarah Rowe and Grace Kelly on free-taking duties they only trailed by 2-3 to 0-5 at half-time, and if Rowe hadn’t been denied by a fine Lisa Murphy save at the end of the first-half they would have been even closer.

Three of the first four points of the second-half were scored by the Peter Leahy’s side, Clodagh McManamon and Sinead Cafferky kicked lovely points in that spell, but Leonard’s second goal was the killer. 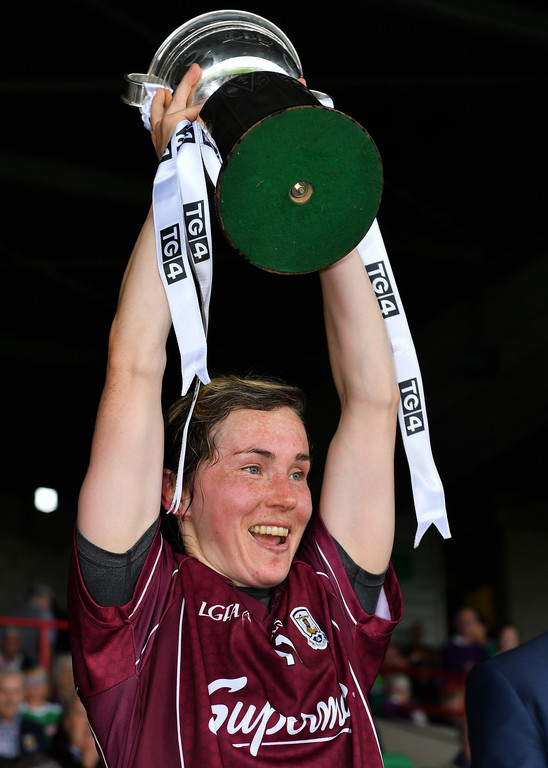 Mayo are now pitted against Ulster champions Donegal and last year’s TG4 intermediate champions Tyrone in the All-Ireland stages, but Leahy was annoyed with his side’s display in Limerick.

“The result isn’t disappointing me, it’s the performance that disappoints me,” said Leahy. “We allowed them dominate the game from start to finish. They were a couple of turning points in the game. Just missing that goal just before half-time, I don’t think we would have deserved to go in one point down but it would have changed the game.

“Then when we got it back to two points, and then that silly goal that we gave away. They are little small margins. The best team won on the day.”

Once the third goal went in Mayo trailed by five points, but that was soon seven when substitute Lucy Hannon kicked the next score and Tracey Leonard converted from play.

Player of the match Tracey Leonard brought her tally to 2-3 with the last score of the game, but the honours were well claimed at that stage.

Both teams are back in action next weekend, with Mayo facing Tyrone in Group 4, while Galway meet Kerry in their Group 3 opener.

GAA
4 weeks ago
By PJ Browne
Watch In Full: Limerick Vs Galway In The 2018 All-Ireland Hurling Final
1

GAA
1 month ago
By Declan Rooney
'It’s Terribly Sad What’s Going On In Mayo. There Are A Lot Of Power Battles'
5

GAA
2 months ago
By Michael McCarthy
Watch "Live": Galway Vs Waterford In The 2017 All-Ireland Hurling Final
Previous Next

GAA
4 weeks ago
By PJ Browne
Watch In Full: Limerick Vs Galway In The 2018 All-Ireland Hurling Final
GAA
1 month ago
By Declan Rooney
'It’s Terribly Sad What’s Going On In Mayo. There Are A Lot Of Power Battles'
GAA
2 months ago
By Michael McCarthy
Watch "Live": Galway Vs Waterford In The 2017 All-Ireland Hurling Final
Popular on Balls
Golf
14 hours ago
By Balls Team
DeChambeau Confronted Cameraman About 'Hurting His Brand'
4