Once Told He Wasn't Good Enough, Gearóid Hegarty Now Hurler Of The Year

While celebrating his Hurler of the Year award with his family on Saturday evening, Gearóid Hegarty was shown a five-year-old message dug up from an online forum.

It was posted around the time he and several other young Limerick players were promoted to the senior panel from the team which had won the All-Ireland U21 title in 2015.

"Some fella posted on the Hogan Stand forum that 'There's no way Gearoid Hegarty should be on the panel. He's too slow. His hurling isn't good enough'," said the 26-year-old.

"I didn't know that message existed but I had loads of previous experience of similar, people telling you that you weren't good enough or hearing it through the grapevine.

"That was a massive motivation for me over the years. I always believed that I could get to where I wanted to get to, and I could do what I wanted to do. It was just getting it out of me."

Along with being named 2020's best hurler by his peers, Hegarty also claimed his first All-Star. He was in the running for one in 2018 but a performance in the final which didn't live up to the previous rounds cost him. For Hegarty, it niggled that he was substituted in that decider against Galway. 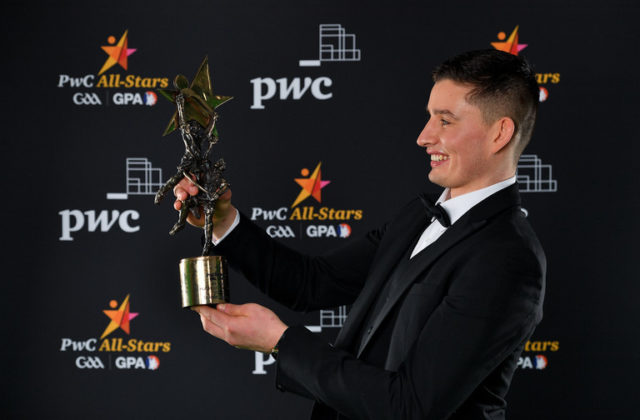 Gearóid Hegarty of Limerick with his PwC GAA/GPA Hurler of the Year award for 2020. Photo by Brendan Moran/Sportsfile

"All I ever wanted to do growing up was to play for Limerick and give myself a chance of winning an All-Ireland," said Hegarty.

"We won the All-Ireland obviously, and I'll never forget the moment the referee blew the whistle when Tom [Condon] caught the ball... I was off the field. I was taken off that day.

"I woke that day with mixed emotions. I was extremely proud that we had finally won the All-Ireland but I was disappointed with my own performance. I didn't play as well as I would have liked, and I was taken off.

"We watched back the game so many times. I remember a good few days after, I finally came home after all the celebrating was done. I sat down and watched a little bit of the analysis leading up to the game.

"Something that stuck was Henry Shefflin talking about our half-forward line. He was saying there was a nice bit of media attention on me leading into the game, and that 'It's tough to back it up'.

"That's one thing I'm hugely proud of. Henry Shefflin has three Hurler of the Year [awards]. He knows what he's talking about, and he knows the pressure that would be on you going into a game like that, after having a good year.

"In 2018, that's probably a mistake I made leading into the All-Ireland final. I was after having a really top class quarter-final and semi-final, and I suppose I was going into the All-Ireland final with all guns blazing. There was probably a bit of attention on me going into that game. I probably read a bit too much into it. It's pretty much impossible nowadays not to see it, unless you go into a dark room and don't go on social media.

"The thing I did this year was just processed it a bit more, just talked about it. I used Caroline [Currid] a lot more in 2020 than I would have before. I sat down with her, gave her a phone call before the games, and just talked about what's important.

"It's the age old saying that 'A clap on the back is six inches away from a kick up the hole'. You have one bad game and fellas will be at your neck straight away. The important thing to do is just focus on what's important."

Hegarty keeps a journal where he scribbles down any little nuggets of information or advice he thinks might help him in the future. It's another tool he has to ensure he'll be a better hurler tomorrow than he was today.

"I wouldn't be writing into it all the time but looking back on my journals from 2019 and 2020 in preparation for the All-Star thing the other night, the one thing I always wanted to do was try get the best out of myself," he said.

"It's something I've very passionate about. I hate wasted potential. I know friends of mine growing up that were better hurlers than me, several lads on my club team when we were underage - I wasn't the best club hurler on my team.

"I just hate wasted potential and I'd always be annoyed at myself and very sad if I look back on my time with Limerick in 20 or 30 years' time and I didn't get the best out of myself." 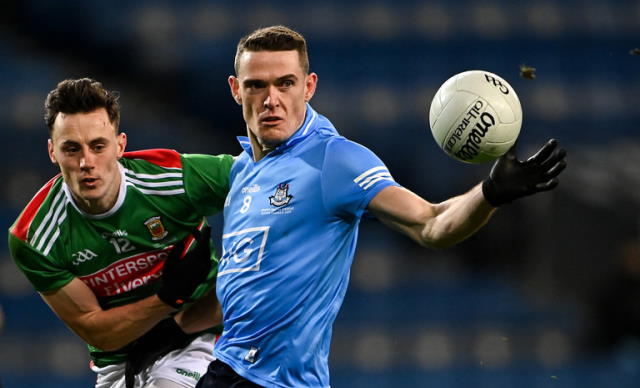 GAA
1 week ago
By PJ Browne
'He Was Such A Battler' - Hegarty Pays Tribute To Late Limerick Physio
GAA
1 month ago
By PJ Browne
Subtle Change Helped Turn Gearóid Hegarty Into Hurler Of The Year Contender
Hurling
3 months ago
By PJ Browne
'You'd Hear Everything. John Kiely Is Fairly Animated On The Sideline'
Previous Next