Standing on the sideline being interviewed after last month's All-Ireland hurling final, Gearóid Hegarty was asked about a moment which happened seven hours earlier.

Tears began to well up and the emotion hit him like a wave he saw on the horizon but couldn't avoid.

Turning out of his driveway on the way to Colbert Station for the train from Limerick to Dublin that Sunday morning, Hegarty was met by footpaths lined with supporters.

They were from Hegarty's St Patrick's club in the city. With the country amid a pandemic lockdown, and their living rooms being as close as they were going to get to Croke Park that day, it was their chance to cheer on their hero.

"Everyone was up in our house," says Hegarty, the PwC GAA/GPA Player of the Month for the All-Ireland final.

"I have three sisters and a brother. My mother and father, they were all up early in the morning, when there was no need for them to be up so early on a Sunday.

"I was thinking, 'What are they doing up?' I was going out to the car - my mother was dropping me in. We came out of the drive, turned right and the whole road was filled.

"I didn't really process what was going on. I just rolled down the window and put a few thumbs up, said thanks. I sent a text to the lads in the club group saying 'Thanks very much for organising that. That was class'. Then I just parked it.

"I didn't forget about it, but after the match I was asked about it and the whole thing came back and hit me. If we'd lost, I'd never have thought about how cool a moment it was but because of how well it went on a personal and team level, it all hit me there and then."

Hegarty's seven points from play against Waterford was the Parmesan on the pasta. He'd already had a superb season - one which had him noted as a Hurler of the Year contender two games into the Munster Championship - and then he gave one of the great All-Ireland final performances.

Given his remarkable consistency during the championship, it's unexpected to discover that Hegarty had doubts about his desire to play this year. Awards and trophies were far from his mind earlier this year with Covid-19 enveloping life in uncertainty.

"I was talking to a few of my friends around summer time when nobody knew what was going on, whether the championship would go ahead or not," says Hegarty.

"I wasn't sure if I wanted it to go ahead. I was after getting into such a rut of not really training, just relaxing - I was playing a lot of PlayStation, a lot of Call of Duty with my friends.

"I was thinking, 'God, if we have to go back now and do a little pre-season in October, and then you're playing matches in freezing cold weather in November and December - behind-closed-doors as well - I was thinking, 'Jeez, I don't know if I want that'." 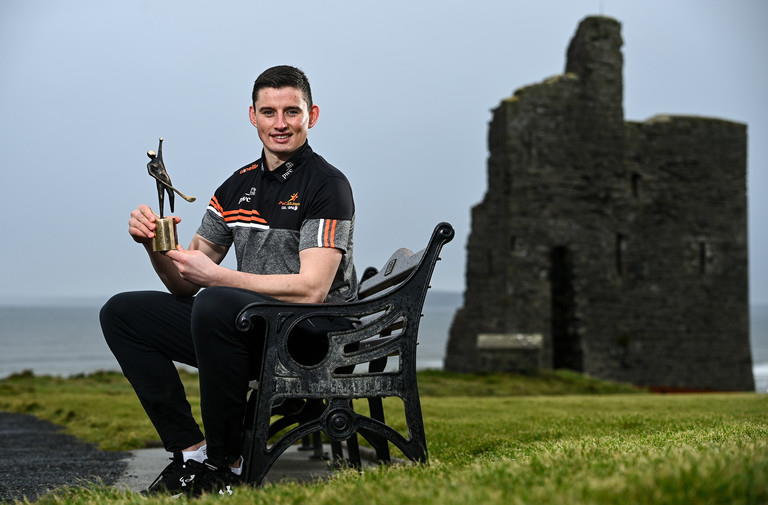 When he did return to Limerick training in September, the 26-year-old quickly realised that not only had he missed the camaraderie of the panel but that he was also in a privileged position. He was allowed to play sport when many others were denied that simple pleasure.

The formula which turned Hegarty into the best player of the season had two variations from his recipe of previous years: The secondary school teacher both added and subtracted.

"Going to Caroline, our sports psychologist, going to Paul Kinnerk - maybe in the lead up to a game, I might ask him questions about how the opposition will set up, how they'll defend. I'd go to Mikey (Kiely) in the gym on Monday and ask him a few things.

"This year, I really went out of my way to ask more questions. Thinking about it, I always say it to my students in Desmond College in Newcastle West, that they need to use the other students as resources; if you're stuck on something, just ask the person beside you if they know how to do it.

"I was asking myself internally, 'Am I asking enough questions of the people that are in our group?' Fortunately, we have some fantastic people in their departments, top of their class in their own thing.

"In past years, I was probably doing a small bit too much and burning myself out. I wasn't super fresh coming into games. This year, I actually stopped doing that extra work.

"Even in the gym I would always do an extra set - if we were given three sets I would do four. It sounds great but Mikey Kiely is a super strength and conditioning coach and if he thinks three sets is enough when why was I doing a fourth one when I don’t know anything about it.

"When you actually get there, they (management) know what they are doing so if you give everything in training for Paul Kinnerk on a Tuesday and Friday night, and stick to Mikey’s Kiely plan in the gym on a Monday, and then go out on a Sunday and take into account maybe what Caroline Currid was talking to you about during the week and a couple of tips the other lads might give you, that is enough.

"I stood back a small bit this year and stopped doing a ridiculous amount of work." 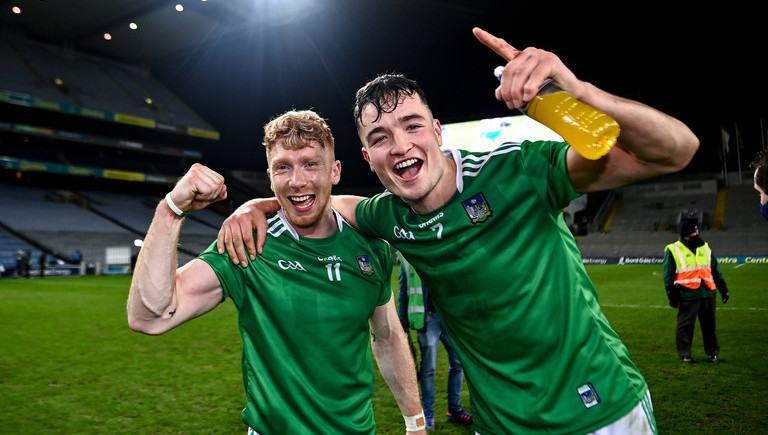