'Nobody Sees Him, And That's The Way They Want It'

Gearoid Hegarty did not realise Limerick had put an incredible 3-18 on the scoreboard by half-time in Sunday's All-Ireland hurling final against Cork until he was told by RTÉ's Damian Lawlor. Though, Hegarty was quick to realise its place in history.

After scoring one of his two first half goals, Hegarty quickly dispossessed a Cork player and won a sideline. He celebrated winning the sideline more than the goal.

"We love working hard in training, and we love coming out here then and putting it on the field, and seeing where it gets us.

"After the goal, I was just trying to get back out in position, but I knew we had the sideline, so I could give it a bit of a celebration."

Hegarty, now a three-time All-Ireland winner, praised the influence of John Kiely and his backroom team, and in particular name-checked coach Paul Kinnerk.

"We just work so hard at training on Tuesdays and Fridays, and the weekends when we don't have a game," he said.

"In fairness, we're blessed with the management team that John has put together. Paul (Kinnerk's) trainings are absolutely unbelievable. Nobody sees him, and that's the way they want it. Their trainings are off the charts. We just work so hard.

"We just work so hard at training on Tuesdays and Fridays...and when you train so hard, this is where you want to get your best performance, on All-Ireland final day," - Gearoid Hegarty lauds the work ethic of the all-conquering Limerick squad. pic.twitter.com/qdb6bnLgG7 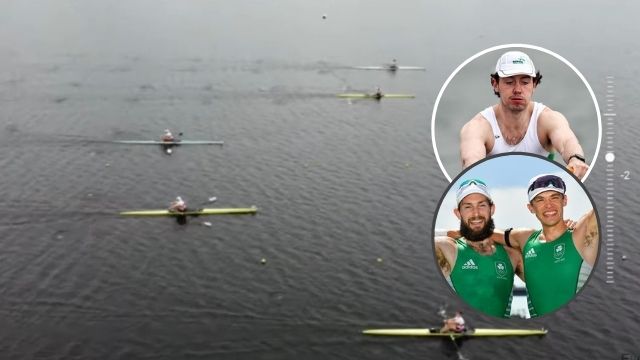