Geelong's Mark O'Connor Was Ready To Play For Kerry Against Cork

Aussie Rules players had a massive bearing on the 2020 Munster football championship. Collingwood's Mark Keane famously scored the last-ditch goal for Cork that ended Kerry's Championship run.  Colin O'Riordan of the Sydney Swans had a decisive impact for Tipp as they won their first Munster football title since 1935. Yet for Mark O'Connor, Kerry's star man down under, it is case of what might have been.

O'Connor won two All-Ireland minor titles with Kerry and was Man of the Match in the 2015 minor final. He joined Geelong the following year and played in 21 games for the Cats this season as they reached the AFL's grand final.

Speaking to Terrace Talk last night, the Dingle man explained that he had been in contact with Peter Keane's management team about joining the Kerry panel and  would have been available to tog out for Kerry against Cork but was in quarantine.

'It was obviously very disappointing for Kerry. I was watching it myself. It’s funny, I had actually got the permission from Geelong to play, but I was in quarantine for the Cork game, so I obviously wouldn’t have been able to do it then,” he said.

'Yeah, I would have been available had they gotten through, but that’s just unfortunate. That’s the way sport works, I suppose. Had Geelong not gotten so far, it was the fact that we made the Grand Final, that made me obviously stay out in Australia that bit longer.

'“It just meant that I would have to quarantine for two weeks here a bit later, so it just ran a bit too long. It was kind of planned, that if we had gotten through, I would have been available at least.'

Geelong lost the AFL Grand Final against Richmond on the 24th of October, while Cork shocked the Kingdom on the 8th of November. If Geelong had lost the semifinal on October 10, O'Connor could have been back in Ireland to quarantine and been available for selection for Peter Keane. 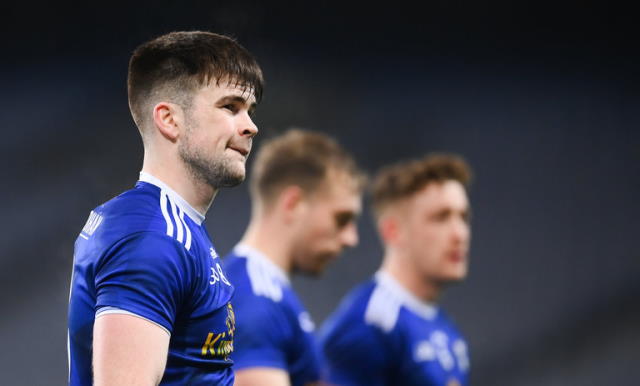