Last Sunday's programme following the All-Ireland semi-finals was met with vocal criticism from several former players after the pair engaged in a lengthy discussion about the evolution of hurling and Davy Fitzgerald's tactics.

'I actually believe that type of accusation of disrespecting the traditions of the game is part of the last remnants of British culture on these islands.' #rtegaa pic.twitter.com/yKh42z1bM0

As far as Loughnane is concerned, neither pundit is qualified for the role as he laid waste to their managerial records. Writing in his Irish Daily Star column, the former Clare boss said:

"It was only when he (Cusack) left Clare, and the management put Conlon in full-forward and played a more direct style, that the Banner got back to Croke Park. As for Derek McGrath? Don't get me started. Five years with the most talented group of hurlers that his county had produced since the Ken McGrath group - and no Championship silverware." 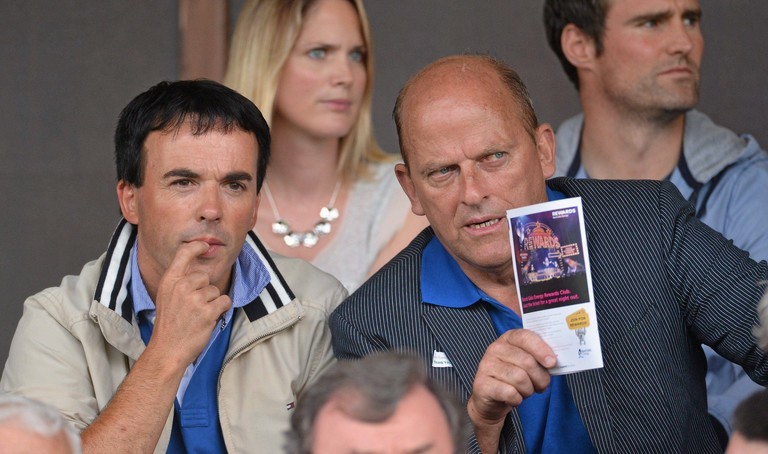 He went on to suggest it was former Tipperary boss Michael Ryan, and not McGrath, who the Sunday Game should have selected as a new pundit. According to Loughnane, the former Waterford boss was only picked for "the simple reason that his bluff had already fooled gullible journalists, and also fooled the heads in RTE."

On the segment itself, the recently retired Sunday Game pundit said the pair should have focused on Wexford's clever use of Kevin Foley.

It became all about justifying their pathetic egos. McGrath was even crying about what someone had said about him on The Sunday Game three years ago and Cusack comically brought up British rule of Ireland. At that stage, the producer should have shoved both of them out the exit door and left the rest of the programme to the excellent Brendan Cummins.

Loughnane was in agreement with his fellow outspoken pundit Joe Brolly: "Stupid, confident people are taking over the world".

For his part, Donal Óg Cusack has responded to the backlash. Speaking on the RTE GAA podcast, the Cork man claimed he had received plenty of positive feedback as well and the negativity was confined to a certain segment.

I always got the sense that when I came into RTÉ first there was a bit of an old boys’ club feeling to it and it was a bit like joining a political party in the olden days – you walk into the Dáil bar and you vote with us and talk like us. Once you conform, you’ll be okay.

It’s amusing to think that even among the pundits in RTÉ that there’d be that kind of indulgent and egotistical… writing columns about a couple of points made on Sunday’s show that were only a small part of that show.

Plenty of RTE pundits weighed in on the programme as well, with a clear division evident.

2 outstanding All Ireland semi finals. Thanks to all our amateur players for what you keep on giving. There is no game like hurling and no need to over analyse it. Heart, guts, determination, conditioning, decision making and coolness under pressure still all crucial. Thanks lads

Loughnane's column can be read in full on page 54 and 55 of the Irish Daily Star or purchased online here.

Hurling
2 months ago
By Michael McCarthy
Quiz: Do You Remember The 2019 Intercounty Football And Hurling Championships?
GAA
1 year ago
By Balls Team
The Balls.ie Selection For The Hurling PwC All-Stars
35

Hurling
2 months ago
By Michael McCarthy
Quiz: Do You Remember The 2019 Intercounty Football And Hurling Championships?
GAA
1 year ago
By Balls Team
The Balls.ie Selection For The Hurling PwC All-Stars
GAA
1 year ago
By Mark Farrelly
Nominations For PwC Hurling All-Stars And Player Of The Year Revealed
Popular on Balls
GAA
10 hours ago
By PJ Browne
'Sport Gave Me An Outlet. It Gave Me Something To Channel That Anger'
Football
14 hours ago
By PJ Browne
St Johnstone Hit Back At 'Completely Inaccurate' Neil Lennon Comments
Football
19 hours ago
By Balls Team
Jamie Carragher Is Worried The Liverpool Front Three Might Have Run Its Course
Aussie Rules
18 hours ago
By PJ Browne
Marinoff Hit With Three-Match Suspension For Tackle That Injured Bríd Stack