Cast your mind back to the autumn of 2013. Things seemed so rosy for Clare hurling supporters. The county's golden generation had won its first All-Ireland final after years of underage success. The teens seemed certain to be saffron and blue. Sadly it hasn't worked out that way. Clare hasn't been in an All-Ireland final since. Meanwhile, 40 minutes down the N18, Limerick - LIMERICK! - have shown the country exactly how a hurling county should organise its house.

It's clear Ger Loughnane often thinks back to 2013 and all the promise that it carried. Today, the Clare hurling legend has penned an open letter to Clare supporters via the Club Clare supporters group that looks back on those golden days, while seeking financial support for the county's hurlers. It is an urgent appeal for help that makes for grim reading. Loughnane being Loughnane, he tells a brutally honest story about what's happened in the Banner county, saying that Clare is in 'disarray'.

The big worry now is that this gap will develop into a chasm through which we will topple into hurling irrelevance...It is in time of crisis that we are all most tested and the fact that, in these trying times, such quality people have put their heads above the parapet and are prepared to give the much-needed leadership, gives me hope once again for the future.

Loughnane does not avoid mention of the financial controversy swirling around Clare hurling at the moment either.

I fully understand people’s suspicion of supporters clubs due to recent revelations but Club Clare is completely different. Club Clare has both structure and governance. Most importantly, it is comprised of quality people who are completely genuine in their concern for the future of the games in Clare.

The first half of the last decade brought us so many hurling highlights at underage and senior level that it’s difficult to put a hierarchy of satisfaction to these. My own highlight was the Under 21 All-Ireland Final in Thurles in 2013, a game that was sandwiched between the two epic senior finals in Croke Park in that never to be forgotten September.

What made that victory so special was towards the end of the game, Clare youngsters of various ages, girls and boys, seemed to emerge from nowhere and begin lining the perimeter of the field, hurleys in hand, waiting for the game to end. There seemed to be thousands of them there and just as the final whistle sounded, they resembled a stream of locusts as they stormed onto the pitch, blotting out the Thurles turf.

Looking on from the stand, I can still recall the joy I felt and the confidence I had that the future of Clare Hurling was secure. Two weeks later that future looked to be copper fastened when our young team brilliantly captured the MacCarthy Cup. That September we were the envy of every other hurling county in the land.

Now, less than eight years later, we are in disarray, so much so that the gap between us and our main competitors is widening at a frightening rate. The big worry now is that this gap will develop into a chasm through which we will topple into hurling irrelevance.

I fully understand people’s suspicion of supporters clubs due to recent revelations but Club Clare is completely different. Club Clare has both structure and governance. Most importantly, it is comprised of quality people who are completely genuine in their concern for the future of the games in Clare. Uniquely, it contains two outstanding women and is committed to the development of hurling and camogie, which is the way that all GAA activities of the future should be.

I urge you to give Club Clare a chance, give it one year of your support and I am certain that your confidence will be restored.

But they need the help of all of us. I urge you to give them that help.

Join Club Clare, even if it is just for one year. I have already done so. Through all our efforts, we will secure the future of hurling and camogie in Clare and we will again have glorious days when the Banner will be flying high, as it did in those unforgettable days in the past.

Given his passion and attachment to Clare hurling, this must have been painful for Loughnane to write. Short of a billionaire with Clare roots taking interest in hurling, we fear Clare may not be able to compete with the Limerick's and Tipp's.

That said, we've heard the proprietors of the big hotel in Doonbeg have some time on their hands this year. We're just not sure about their passion for the small ball. 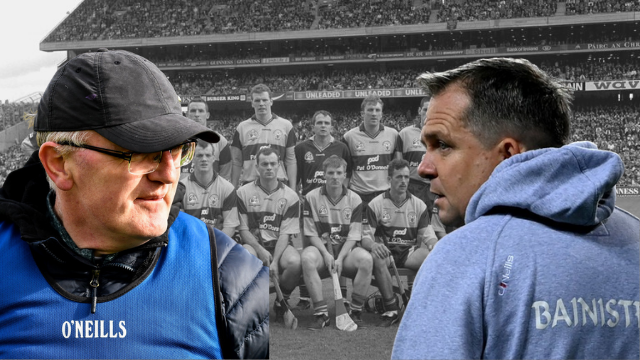